STUNNING model Demi Rose proved she's got the Midas touch as she posed in a gold bikini in LA at the weekend.

The Birmingham-born beauty sent temperatures soaring as she showed off her curves in metallic swimwear during a photoshoot for her new bikini range with fashion brand Oh Polly. 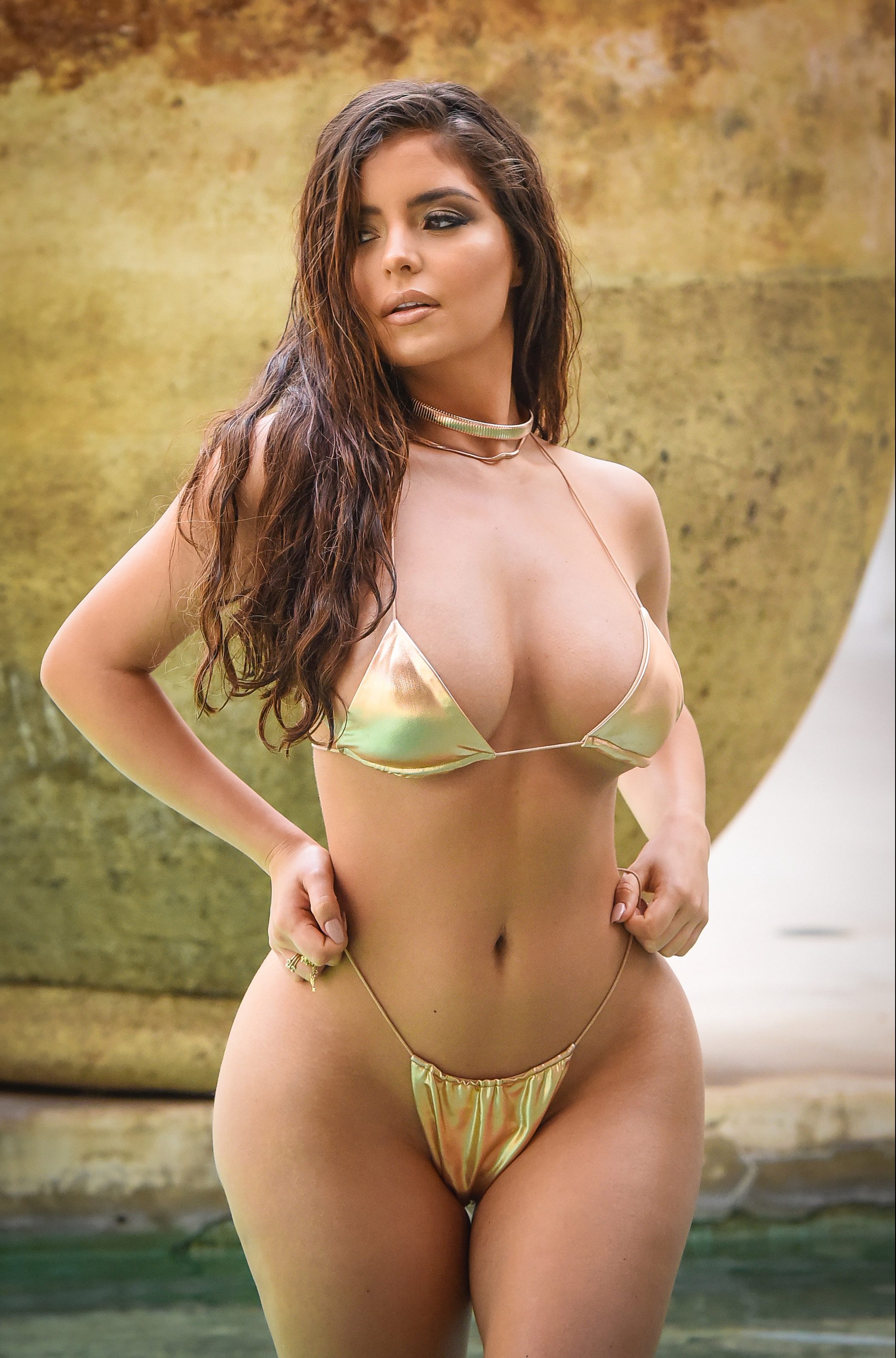 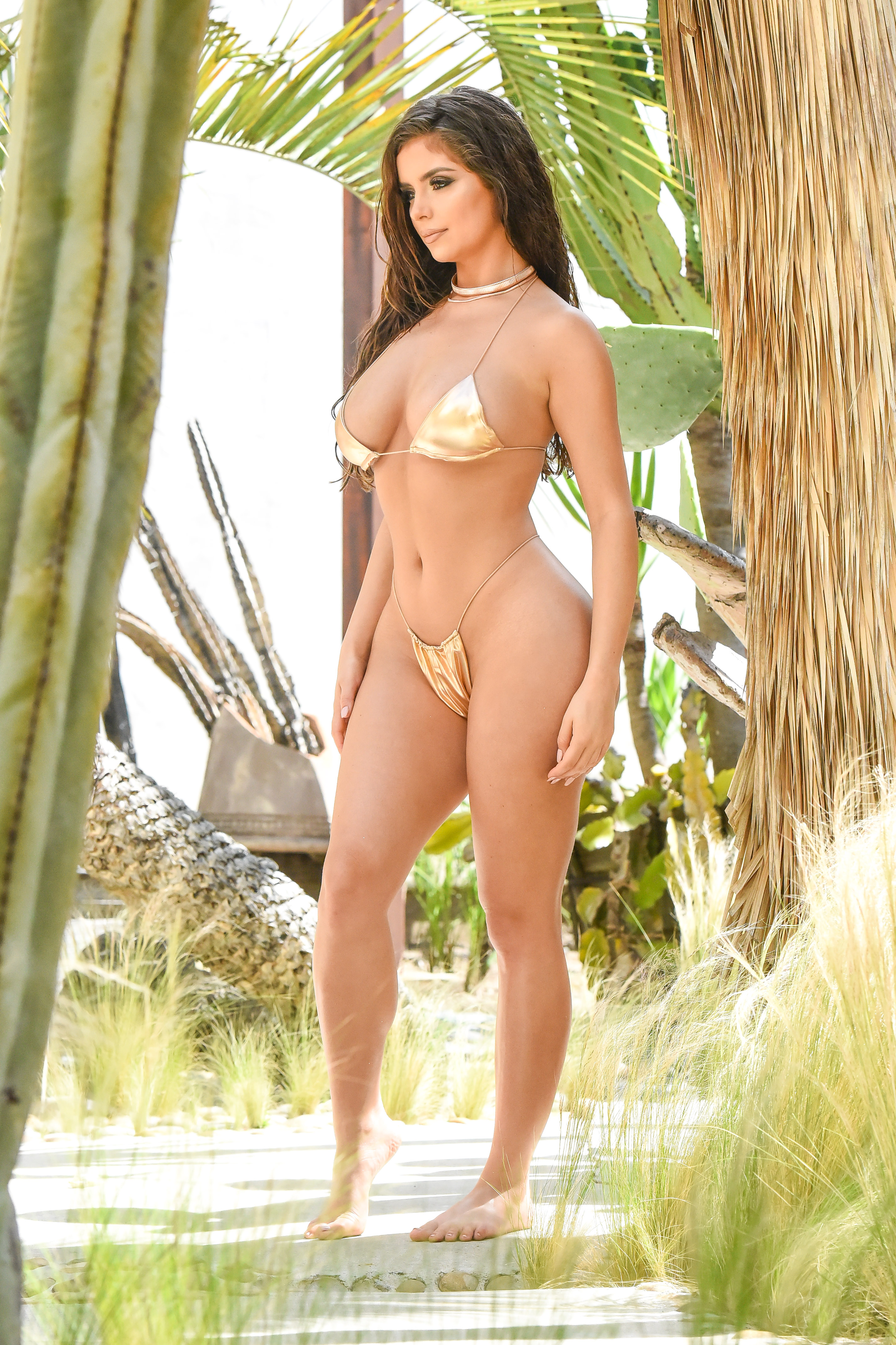 A natural in front of the camera, Demi stared seductively at the lens as her long wet wavy locks tumbled down her shoulders.

Accessorising her striking look with a matching gold choker and smoky-eyed make-up, Demi wouldn't have looked out of place as a Bond girl as she turned up the heat in the pool.

After cooling off in the water, she took the action pool-side as she struck more poses for the photographer, making sure they caught every angle of her famous figure.

Ever the professional, at one point, the beauty stood on her tip toes to accentuate her long, toned limbs, before turning to flash her famous booty. 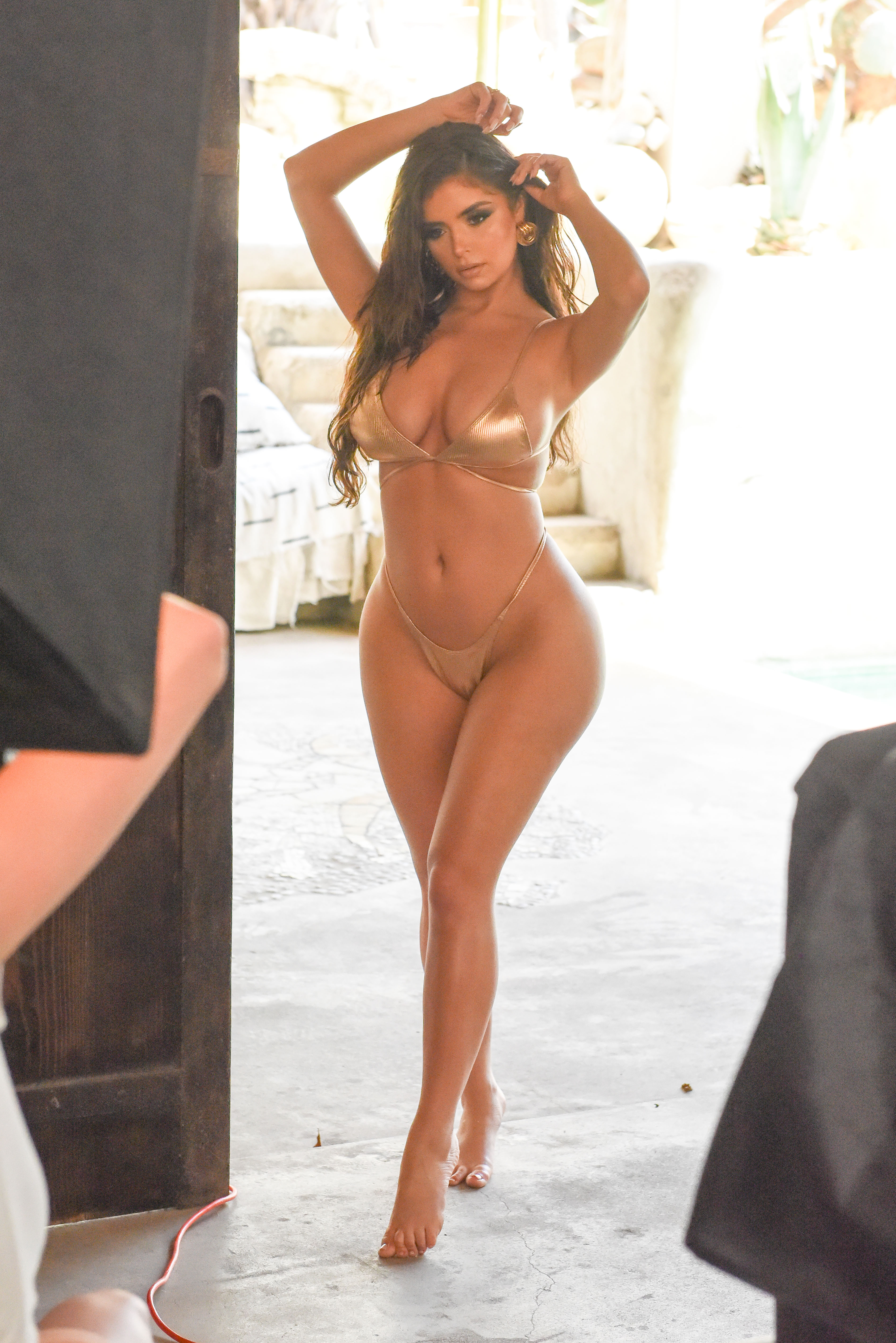 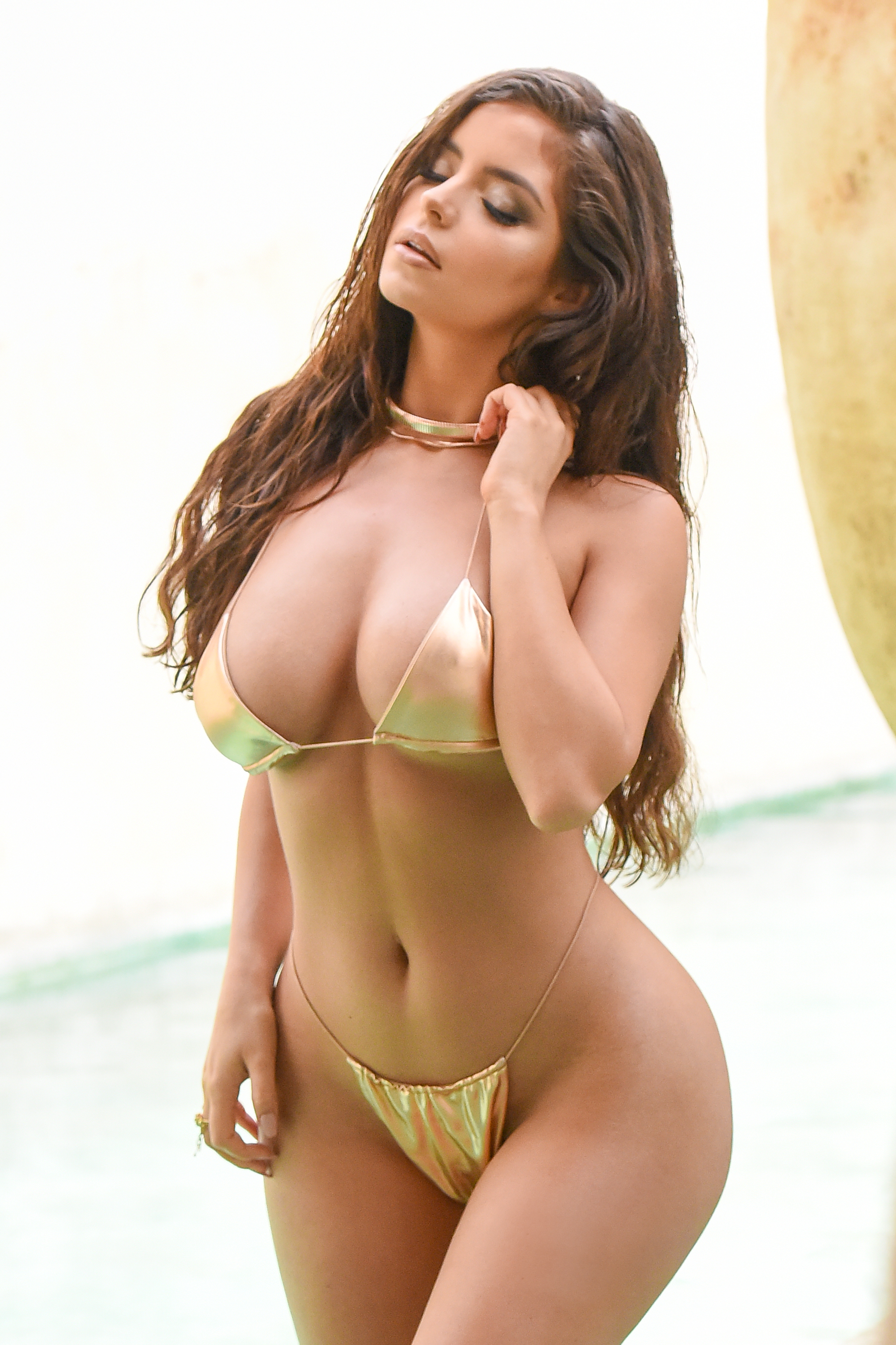 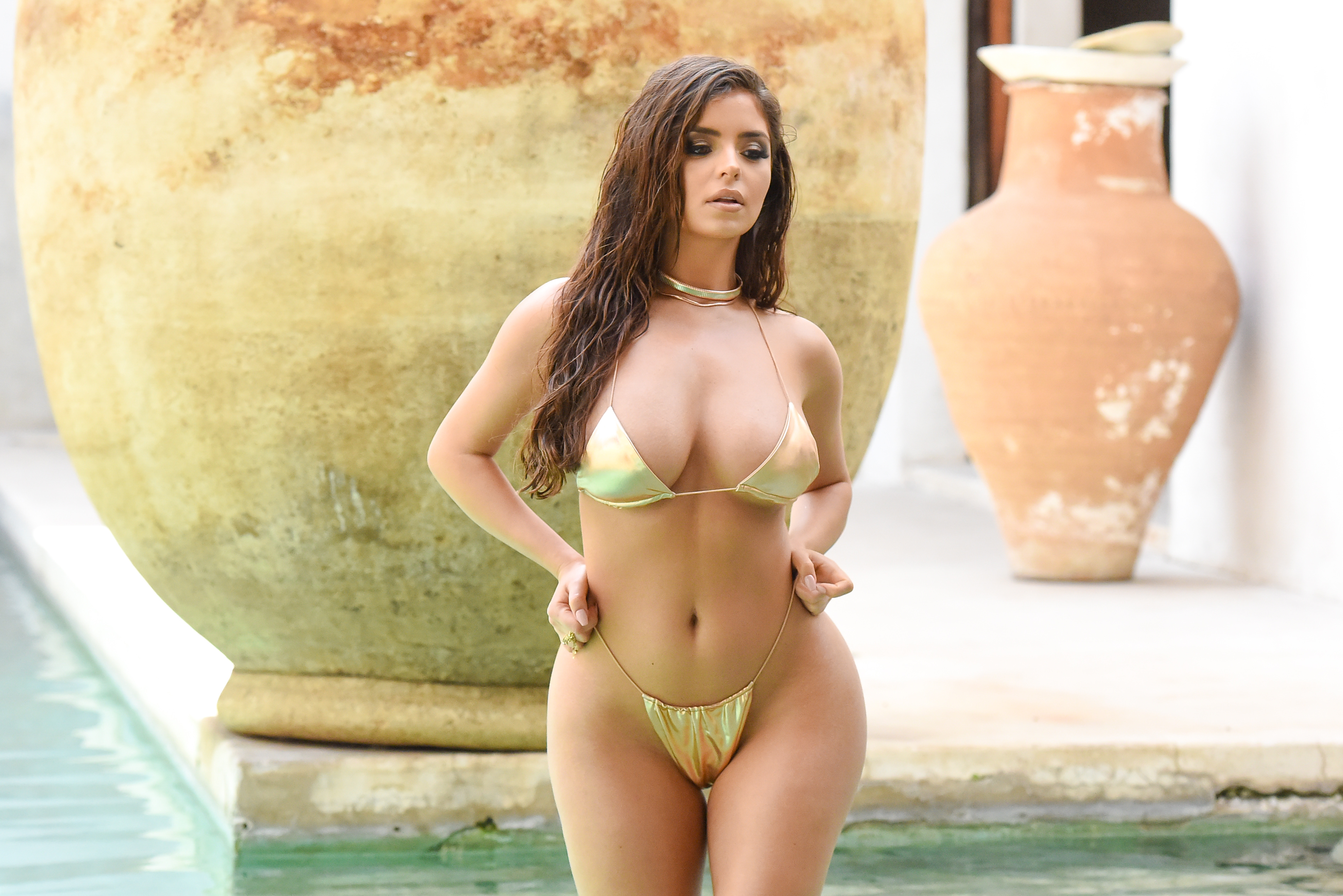 Gorgeous Demi was announced as the face of Oh Polly's metallic swimwear collection last month, much to the excitement of her 9.2 million instagram followers.

After she posted a video of herself in the gold bikini on her social media two days ago, one of her army of followers gushed: "Hay you are looking very beautiful in gold and that never gets old".

One person who will certainly be appreciating these sizzling shots is Demi's boyfriend, DJ Chris Martinez.

The pair have been dating since December 2017, when they were spotted kissing at an airport in Madrid and they have been going strong ever since. 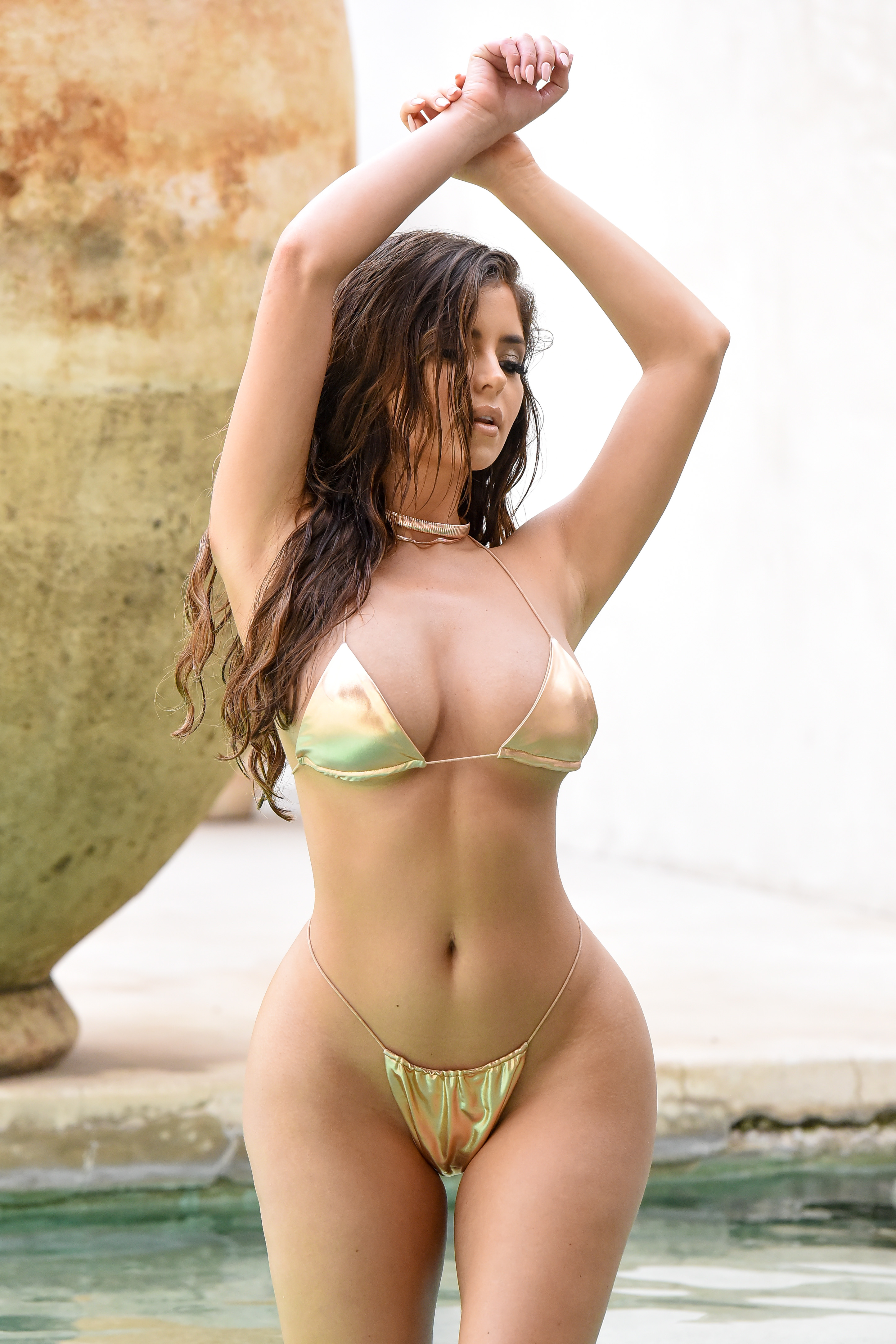 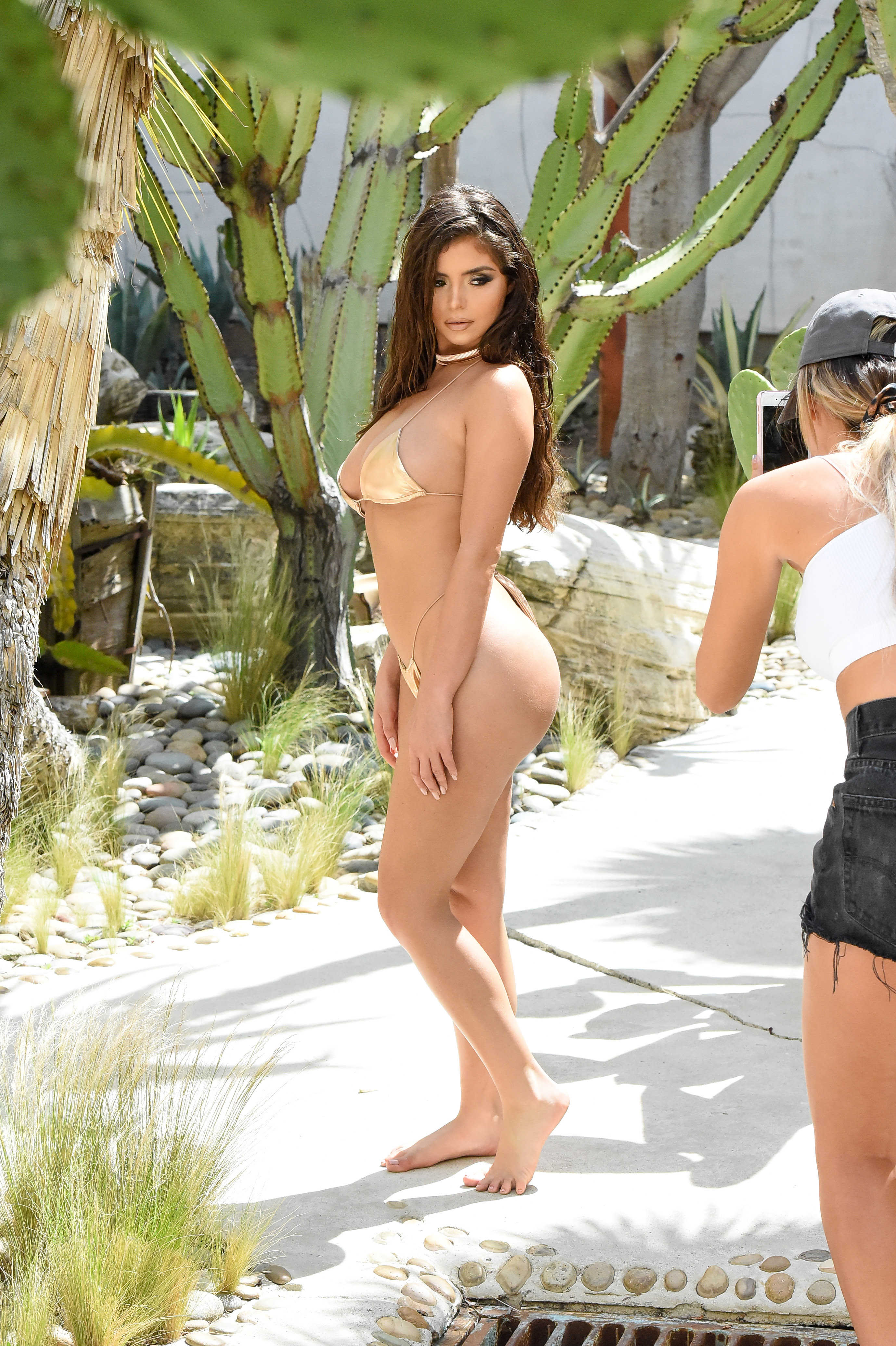 Superstar DJ Chris,  who performs alongside brother Stevie as The Martinez Brothers, regularly tours the globe to sell out crowds but despite both of their demanding careers, he and Demi still make sure their relationship comes first.

Back in May, the pair enjoyed some quality couple time during a holiday in Ibiza, where they looked madly in love as they strolled hand in hand around the Balearic island.

And Demi made it clear just how loved up she was, and she was "feeling so blessed, happy and grateful" on the romantic break.

Judging from these scorching snaps, we reckon Chris is probably feeling exactly the same…