The actor, 40, returns as DI Neville Parker in the new series of the BBC One detective show, which is filmed on the French Caribbean island of Guadeloupe. Production on the 10th anniversary series started late, with additional safety measures, including social distancing, face coverings and Covid-19 testing. Ralf told BBC Breakfast the cast and crew had to go flat out to ensure filming wrapped in time.

He said: “We only finished a couple of weeks ago, which seems insane now to say it because it seems like a lifetime ago.

“I left the island on December 20th, just in time for Christmas. It has been very hard work. Quite an achievement to have got it all done in time.” 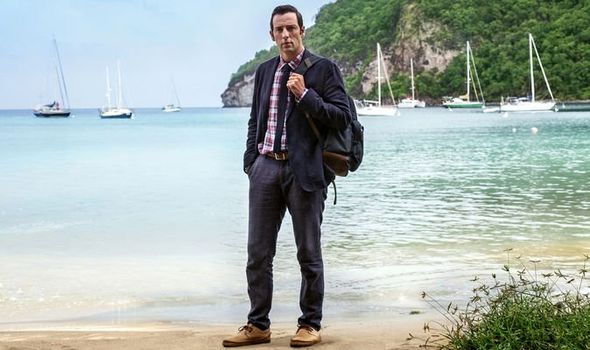 “So it has been a real Herculean effort to get it done on a real time crunch.”

Appearing alongside co-star Don Warrington, Ralf said the escapism of the show was more important than ever.

He said: “I think that has always been one of the programme’s greatest strengths, that it is on in January, just after new year.

“That is as important now as it has ever been when we have been getting some pretty depressing news in terms of lockdown, so hopefully it is going to lift people’s spirits more than ever.”