For “P-Valley” creator and showrunner Katori Hall, going to strip clubs was simply part of her Southern coming-of-age experience growing up in Memphis. When Hall was on the Filmmaker Toolkit podcast, she explained how those experiences were the polar opposite of how strip clubs are commonly portrayed in popular culture, especially in movies and television.

“You saw athletes on the pole, you didn’t see sad broken women,” Hall said. “And so, for me, that was like, ‘Boom, I know this an art form, and yet people don’t understand this particular art form comes from these Black women down in the South.’ It is this culture, it is this vibe, is truly something to be explored and discovered.”

Hall first creatively explored this side of stripping — especially how it can often be a source of economic freedom and self-expression — in her play of the same name (except the p-word was spelled out), which she based on countless conversations with strippers about their background and experiences.

“There’s so many different versions of the stripper,” Hall said. “I was just so interested in making sure that people understood the different shades and varieties, and the many different reasons as to why women decided to dance.”

Hall captured this variety of motivations in the creation of her play’s characters, many of whom carried over to her hourlong series on Starz, but the playwright knew her theatrical creation was, to some degree, a “failed play.” She needed a wider scope than the one-set play and larger canvas to to fully tell these characters’ stories. With only a season as a staff writer on the TNT series “Legends” under her belt, the she began the process of adapting her vision to the small screen. And while translating the characters’ stories to serialized TV was natural fit and the motivation behind the play-to-TV adaptation, there were specific challenges Hall knew she would need to meet head on.

In the video below, watch Katori Hall break down how “P-Valley” uses composition, cinematography and color to celebrate Black beauty and the art of stripping.

On the podcast and in the video above, Hall discussed how she didn’t just view these issues as “land mines” to avoid, but as an opportunity to use the tools of filmmaking to help viewers see and understand the art in stripping. In collaboration with pilot director Karena Evans and cinematographer Nancy Schreiber, Hall created rules of how to film the dancing.

Compositions and camera movement would be designed to show what dancers’ bodies could do, rather than how they looked. Dance scenes would incorporate character story ines and motivations, naturally allowing the camera to enter the dancers’ points-of-view, and avoid seeing them through the eyes of the male patrons. Lighting and framing were employed to not dwell on nudity, while color light would be employed for how it reflected off the casts’ dark skin tones.

“I was very much inspired by Barry Jenkins’ ‘Moonlight’ and the way he saturated his frames with color,” Hall said. “We were thinking very much from the perspective of just wanting to see Black people look beautiful on camera.” 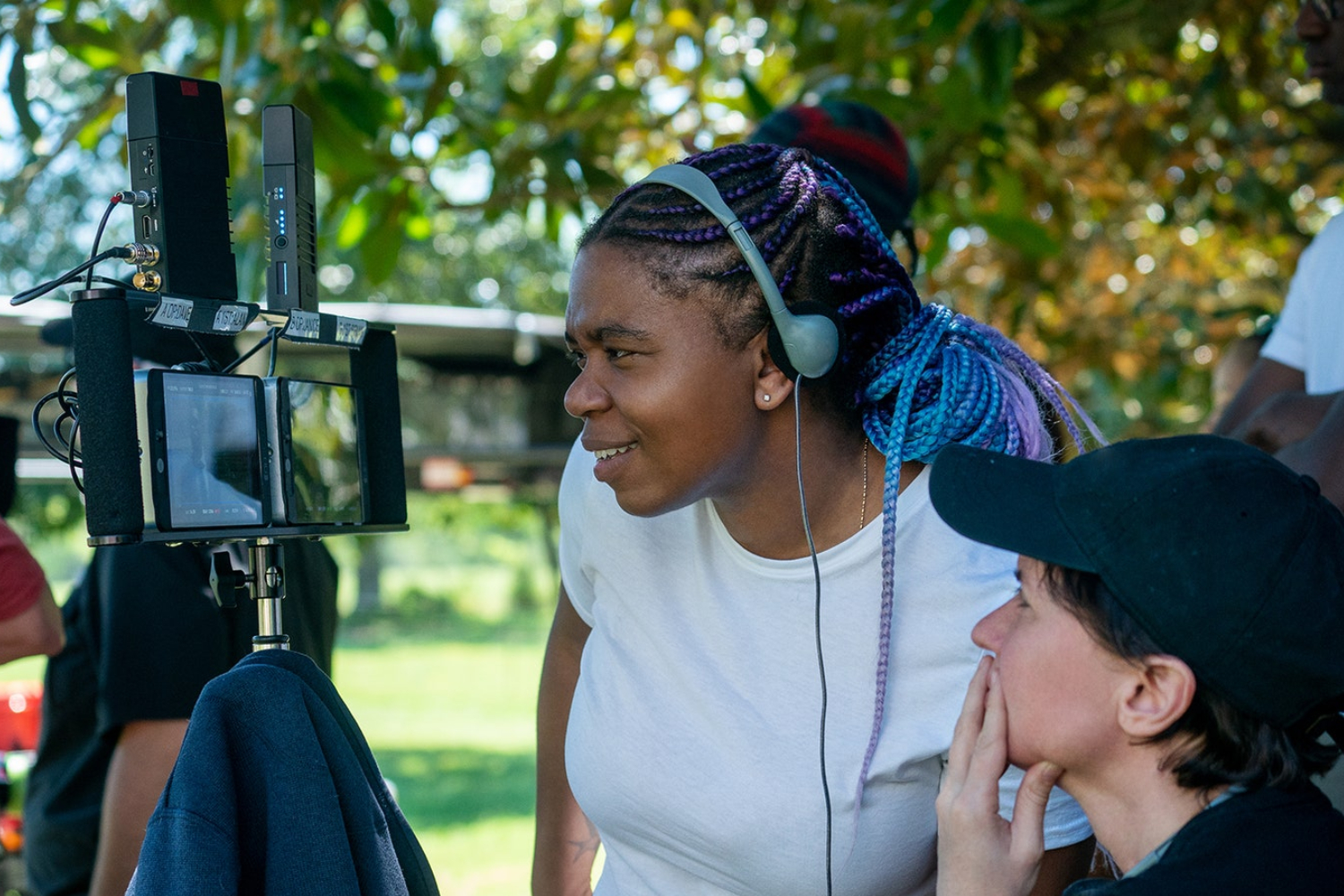 Katori Hall on the set of “P-Valley”

To see how Hall implemented these cinematic tools, watch the video above. To hear the full conversation, subscribe below:

The Filmmaker Toolkit podcast is available on Apple Podcasts, Spotify, Overcast, and Stitcher. The music used in this podcast is from the “Marina Abramovic: The Artist Is Present” score, courtesy of composer Nathan Halpern.