Richard was on hand to present a segment on this evening’s edition of Countryfile, explaining to viewers why now was the perfect time for birds, in particular, to be mating. It was some light relief to the discussion of coronavirus earlier on in tonight’s episode of the popular BBC programme. However, out and about with his camera, the film-maker was stunned when he caught something which he had never seen before nor had been shown to viewers.

As well as talking about why beauty spots in the country should not be visited during the lockdown period, the show reflected on why this time is helping animals in the mating season.

“And for the love birds I have been filming this week, they’re certainly not afraid to show it.”

Pulling up on the side of a countryside road, Richard then caught something rather spectacular on camera between two grey partridges. 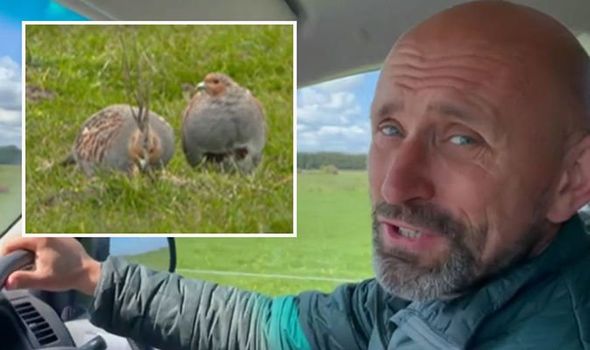 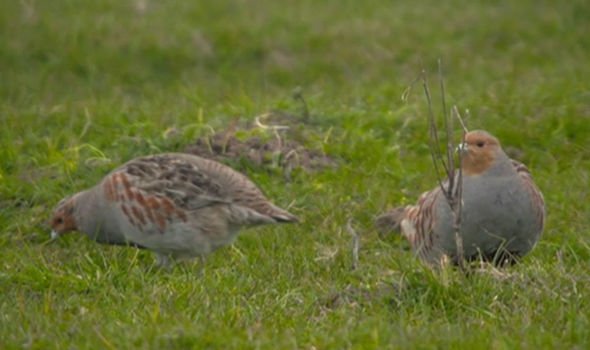 The never before seen moment was made even more extraordinary as Richard explained it was very rare to see this type of bird out in the wild.

“They’re one of our farmland birds that have declined the most in the last 50 years,” the wildlife presenter told viewers.

He added: “So, it’s a real treat to find them just by the side of the road,” before stating why the numbers were depleting.

“Dwindling habitat and a lack of food for chicks pushed the grey partridge to the brink of extinction just a decade ago.” 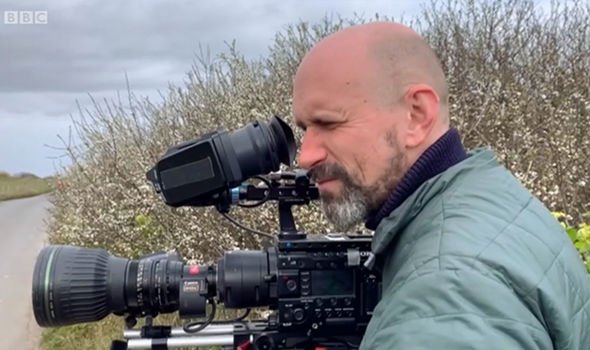 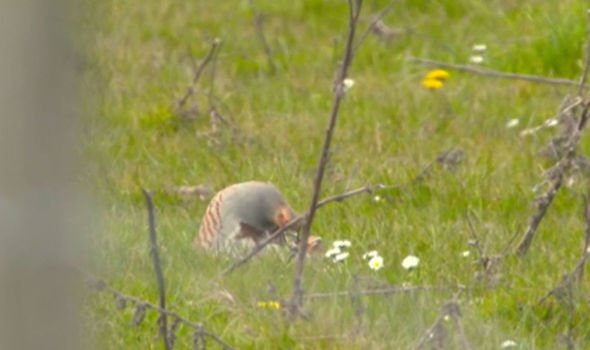 However, things are looking up for the species as Richard continued: “But in places, numbers are beginning to rise.

“And I presume this pair will be a male and a female. It’s springtime and they’ll be choosing a mate and somewhere, settling down to make a nest.

“In the winter months, they will roam around as a flock, but now, they’ll just settle down with their breeding partners. “

Just like that, the Countryfile star was stunned as he then witnessed the pair of birds in the midst of mating.

I have never seen that before

“Now, one of the birds has flattened themselves right down into the ground,” the presenter said as he described what the male was doing to the female.

This is something which has never been seen on the show before, making it a first for the BBC Sunday night programme.

The moment was a first for Richard, too, as he added: “I have never seen that before. Love is in the air if you’re a grey partridge.”

Taking to social media, those watching at home were also shocked to be witnessing the birds mating on camera.

One viewer posted on Twitter: “There are a lot of mating birds on my TV. #Countryfile #BirdsDoIt #BeesDoIt.”

Another added on the micro-blogging platform: “#countryfile getting a little raunchy there

Whilst a third commented: “Just had a bit of #Countryfile on loved the piece from Richard Taylor-Jones especially the Grey Partridges mating and Kestrel with lizard great to see.”

“What the hell? Why are were watching birds having sex? This has all the shades of very wrong #countryfile,” a fourth shared.

Countryfile continues Sunday at 7:15pm on BBC One.