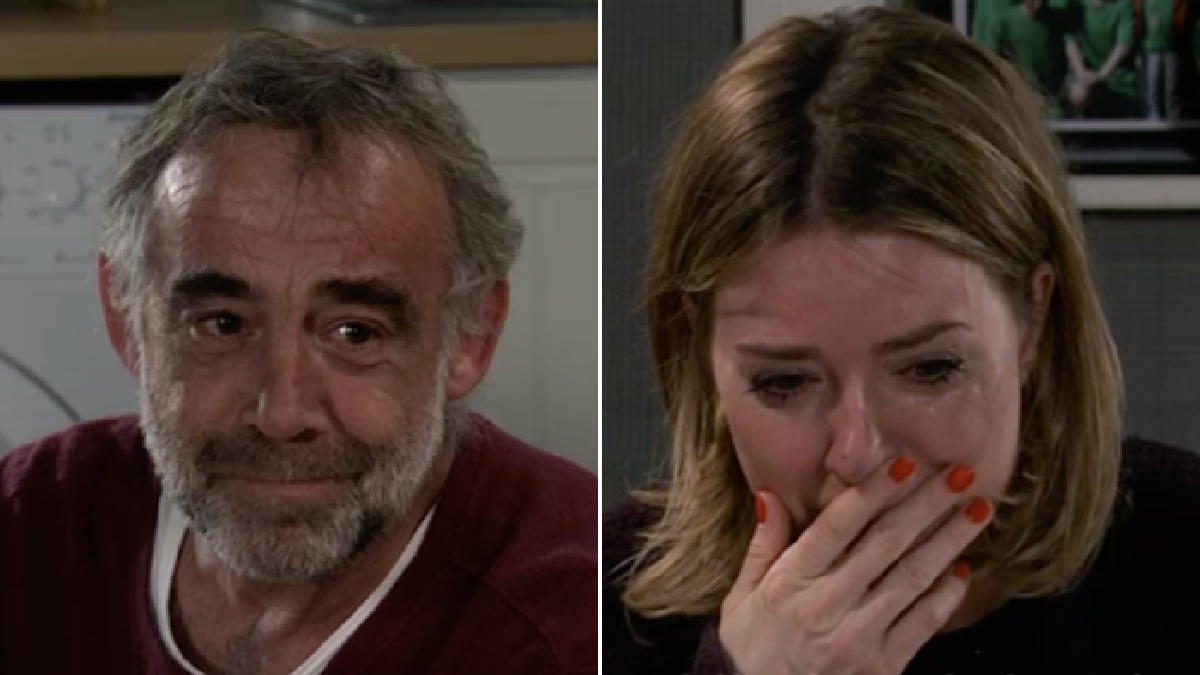 Coronation Street fans were full of praise for star Sally Carman following the latest episodes of the ITV soap.

Sally, who plays Abi Franklin, featured heavily in tonight’s double-bill, as her character came to terms with the tragic death of son Seb (Harry Visinoni).

Abi, meanwhile, was heartbroken to discover that her son had died from his injuries, and tonight’s edition of the serial drama soap saw her hellbent on getting justice.

The family liaison officer popped round for a visit, and informed Abi that she’s unable to return Seb’s belongings just yet – but she did photocopy the young lad’s wedding speech, which he had on him at the time of the assault.

Seb had been due to make said speech at his mum’s wedding, and even refused to let her have a sneaky peek, as he wanted her to hear him read it.

‘If anyone deserves a little bit of happiness in their life, it’s you,’ saids Abi, as she read her son’s emotional speech aloud.

Abi broke down in tears, and viewers praised actress Sally’s spellbinding performance as the grieving mother.

‘@sallycarman1 smashing it tonight,’ added another.