Coronation Street’s Paula Martin (Stirling Gallacher) is up to something on the cobbles, and fans are desperate to know what it is.

The Coronation Street cast member secretly knows Jan Lozinski, who fans know is a trafficker, and has brought Alina over to the UK.

After her house got broken into, she has asked to stay with her girlfriend Sophie Webster, despite her dad not being keen.

Now fans are worried for Sophie, as some think Paula could be planning to traffic her. 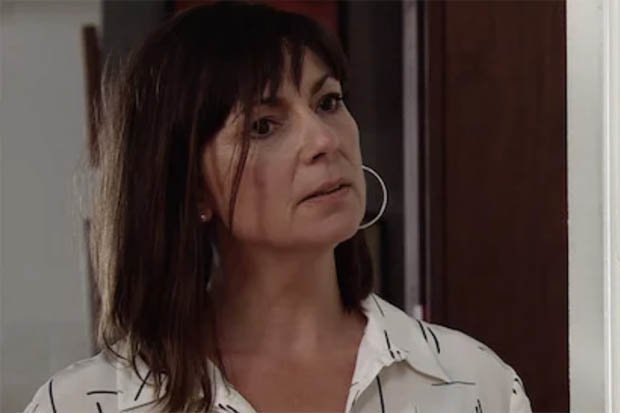 One posted: “I’ve got a strange sinking feeling that paula is using sophie, which is something to do with the sex trafficking storyline, as she seems familiar with jan. i hope that i’m wrong though as i love those two together.”

A third wrote: “What does Paula want with Sophie?”