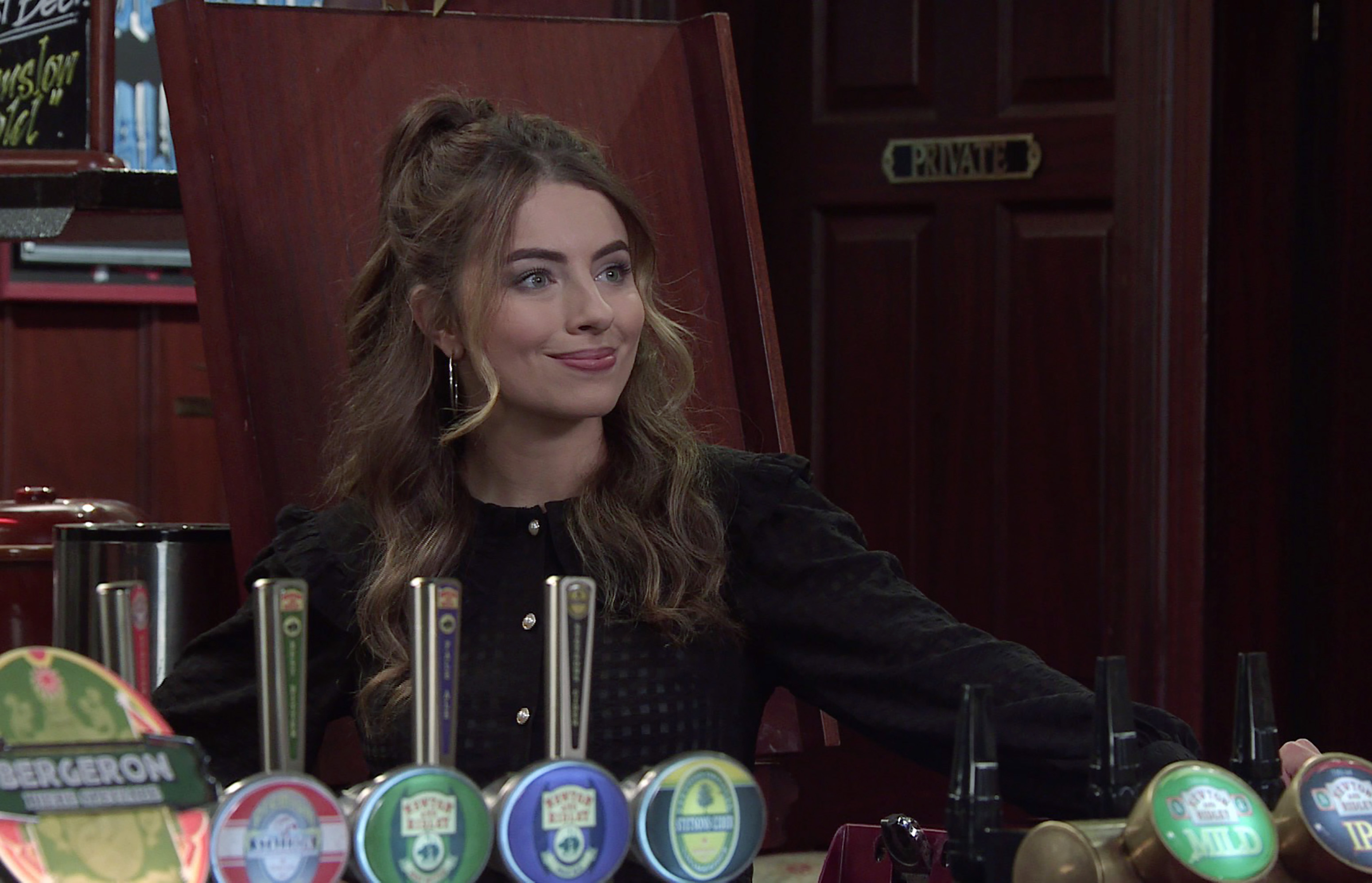 Charlotte Jordan has made quite an impression on viewers as scheming Daisy Midgeley in Coronation Street, but before she frequented the cobbles, she pursued a career in music.

The 26-year-old made her acting debut in an episode of The Bill back in 2007, before appearing in Nickelodeon television series Summer in Transylvania for three years.

Afterwards, she was scouted for a girl group at the age of 16, which was formed by Spice Girl’s singer Geri Halliwell.

“I was with them for over two years, but we never even got launched in the end,’ Charlotte told The Mirror.

‘We did ­choreography, we bonded and developed a rapport and recorded a bunch of songs, but we never released a single and we never even settled on a name.’

‘We went through so many different names that eventually the management just referred to us as The Band. It was quite the learning curve.’

She added: ‘I thought maybe it would be different if I was on my own, but it wasn’t. It was only when I got a bit older that I realised acting was what I wanted.’

Charlotte would go on to appear in a number of telly shows, including Casualty, before she landed the part of Gabby Grant in Netflix series Free Rein, a role which she also played in two subsequent films.

She was cast as Daisy, Jenny Connor’s scheming stepdaughter, in Coronation Street back in 2020.

Daisy has been at the centre of various storylines since her debut, and recently started a relationship with Daniel Osborne.

A heated showdown led to the couple ending their relationship, but it’s clear that they’re still harbouring feelings for one another.

If you’ve got a soap or TV story, video or pictures get in touch by emailing us [email protected]o.uk – we’d love to hear from you.