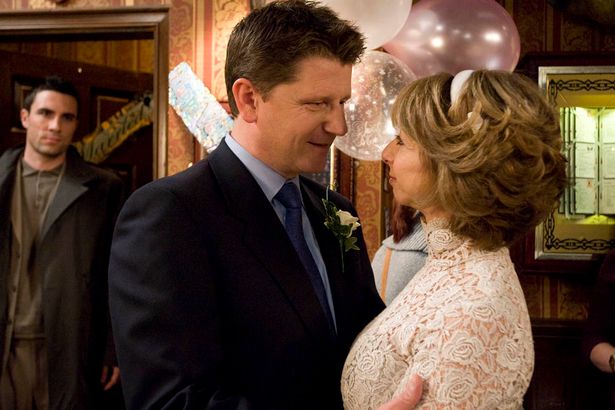 Coronation Street star Reece Dinsdale has returned to the ITV soap – but not as you think.

The actor, who most recently played Paul Ashdale in Emmerdale, also works as a director and has step foot on the cobbles to direct upcoming episodes.

Posting a picture of the Rovers Return pub sign on Twitter, Reece wrote alongside: ‘Up bright and early today. First day of my #Corrie shoot. The Rovers Return. Right…let’s have it!’

Many of Reece’s followers commented on the post, wishing him the best of luck as he starts his venture in Weatherfield, with some even sharing photos of times they’ve visited the Coronation Street set.

In 2010, Joe attempted to fake his death for an insurance claim, but ended up dying during the boating accident.

Elsewhere, Reece often directs episodes of Emmerdale, where he played Paul Ashdale from 2020-2021.

The secret was revealed during the week Mandy (Lisa Riley) and Paul were meant to get married.

That same week also featured the first stunt for a soap since the Coronavirus pandemic.

Paul’s life came to an end because he was involved in the barn explosion, which occurred due to Jimmy (Nick Miles) crashing his truck.

After being knocked unconscious, Liv (Isobel Steele) manage to escape the barn, but left Paul in the building, which later caught fire and exploded.