Tracy (played by Kate Ford) has had her reservations about Steve (Simon Gregson) selling their families assets to help son Oliver (Emmanuel and Jeremiah Cheetham) receive medical treatment for his incurable condition of mitochondrial disease. Tensions reached new heights during Monday’s double-bill of Coronation Street as the mother-of-one intercepted the sale of her flat and businesses to pay for yet more medical experts to come and assess the toddler. When she finally made her views on the matter known to her husband, there were some rather cross words exchanged, but will upcoming scenes on the ITV soap see him deny his wife contact with the youngster?

How is Boris Johnson handling the coronavirus crisis? Vote in our poll

After noticing the contracts hadn’t been sent to the solicitors for the sales to go through, Steve quizzed his wife as to why she hadn’t posted them.

Tracy stated her husband “wasn’t listening to the experts” who were telling him and Leanne Battersby (Jane Danson) there was nothing more which could be done for their son.

Claiming the grief-stricken parents needed to be “more realistic” about the youngster’s prospects, the florist’s spouse hit back as he told her: “The bottom line is all you care about is the bottom line.”

“I am on your side, Steve. I don’t know how you can even think I’m not,” the mother-of-one remarked but her other-half became crueller with his choice of words.

“All you seem to think about is Oliver is a bad investment. We have to throw everything at this because if we win this case, then Oliver gets the treatment he needs, that he deserves,” the father-of-three explained. 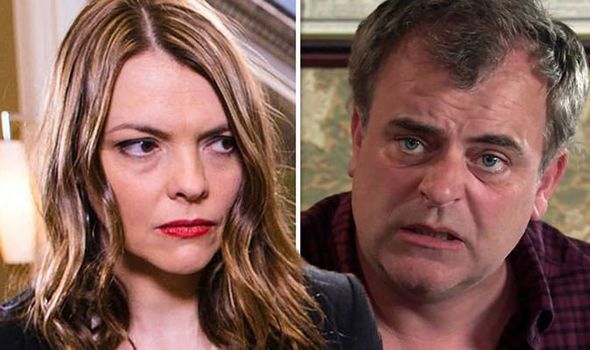 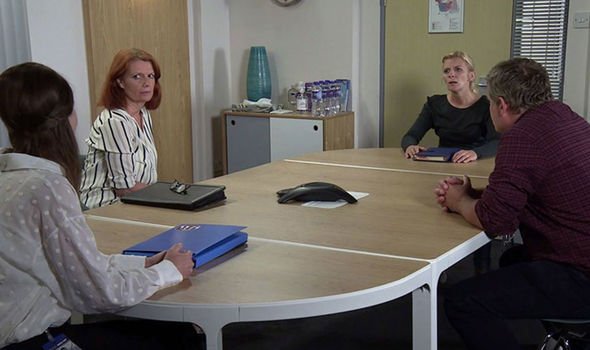 “I have to try everything because I will not be able to live with myself if I do not try everything,” Steve said as he tried to justify his need for the money.

Tracy reiterated she was on her husband’s side, to which he asked: “Okay, then put your money where your mouth is because we are in a better position than most. Most families haven’t even got one property to sell.”

With the mother-of-one still refusing to sell up shop, her spouse hit back as he told her: “Why don’t you go to the hospital now and pull the plug yourself.”

“Steve, I have cut you so much slack because you’re sleep-deprived and you’re out of your mind with grief,” the florist shared with her other half. 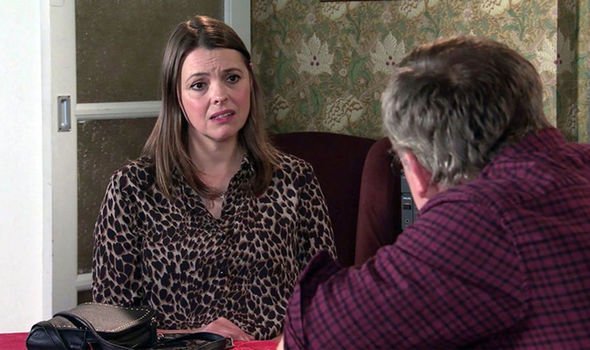 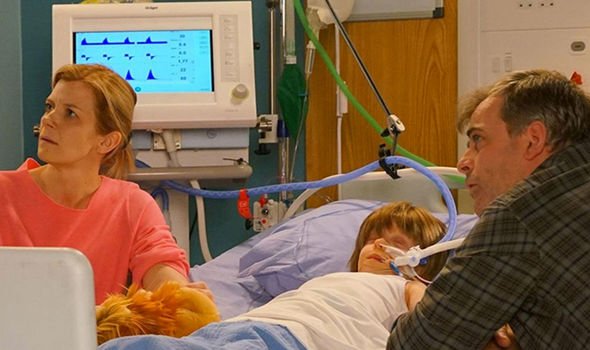 Make the most of your time with Oliver

However, she told him there were “no more straws to clutch” as a number of medical professionals had explained Oliver’s condition had deteriorated.

“This court case we – you – will lose is going to rob you of precious time with Oliver, break your heart, empty your bank account and rob Amy [McDonald] of her future,” Tracy told her husband.

Giving her other half some tough love, she added: “Oliver is not going to get better. There’s going to be no improvement, no miracle.”

“Make the most of your time with him, but I am not squandering Amy’s future for a court case you can’t win – shouldn’t win,” she continued.

Hurt he had lost the support of his wife, Steve told the florist she should prepare herself for a big order so she could “cash-in” when the youngster passed away.

Before walking out on his wife to return to the hospital, the father-of-three told his spouse he was going to sell the flat and Street Cars whether she liked it or not.

A split has not been confirmed for the couple but instead, Steve could go on to do something even more malicious.

With grief taking over and angry with his wife, Steve could enforce an injunction against Tracy on visiting Oliver in hospital.

This would leave a huge question mark over their future as the step-mother-of-one would feel heartbroken her husband has taken such drastic action after their disagreement.

Unwilling to budge, the mother-of-one might have to accept she is fighting a losing battle and back away from her family.

However, will she be left out in the cold as they all shun her for not being willing to do her part to save Oliver?