Coronation Street: Sarah cries as she sits at Adam's bedside

Daniel (played by Rob Mallard) is on the hunt for Adam Barlow’s (Sam Robertson) attacker and in Wednesday’s double bill of Coronation Street he became incredibly suspicious of Sarah (Tina O’Brien). Sarah appeared to be interested in also finding out who left Adam lying in a hospital bed but when she was asked where she was on the night of the attack by Daniel, she got defensive.

Sarah told Daniel to stop questioning her about Adam’s attack as she believes it was Gary (Mikey North) who ambushed her husband.

She claimed she was heading to the Underworld factory when she spotted Gary on his way to confront Adam.

Daniel didn’t seem convinced as he questioned why Sarah had kept her whereabouts a secret after she initially said she was at home all night.

Sarah fled the Rovers Return unable to put up with Daniel’s interrogation any longer but it seems she won’t be able to avoid him for long as he uncovered a major clue which could see her locked up for attempted murder. 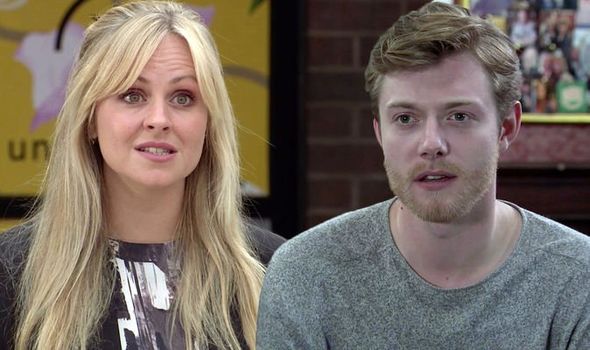 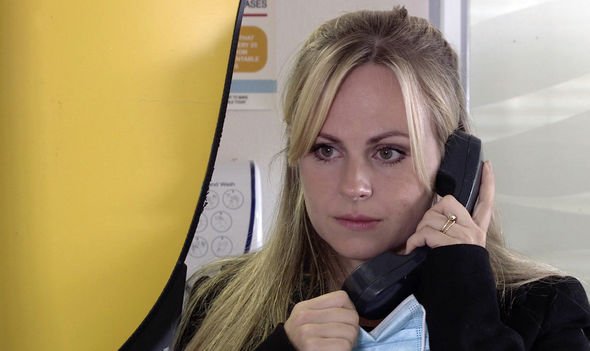 When cleaning the Rovers, Jenny Connor (Sally Ann Matthews) found Adam’s phone tucked down the side of one of the booths.

She handed it over to Daniel noting it must have fallen out of his pocket when he confronted Peter Barlow (Chris Gascoyne).

Daniel thanked Jenny for handing it over and plugged in to charge before heading out to pick up son Bertie.

When he returned to his flat, the phone was fully charged and there were two suspicious messages from Sarah. 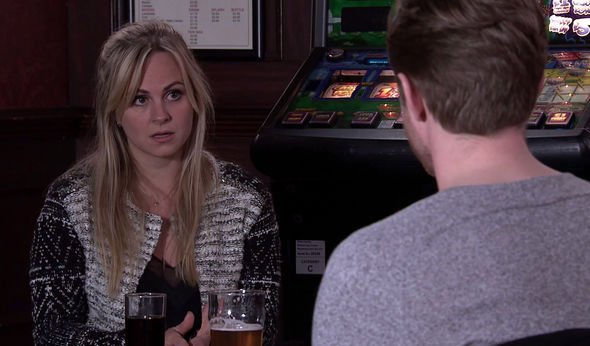 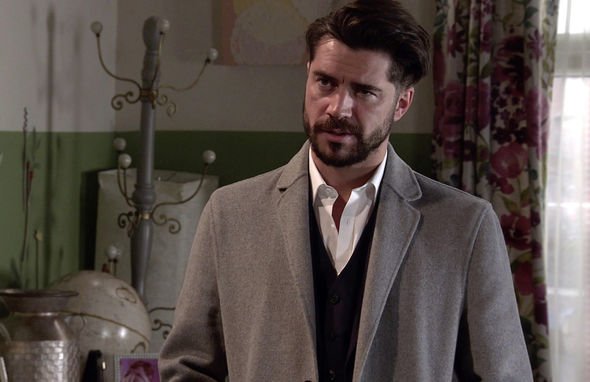 The first read: “I need to see you,” while the second was more aggressive, reading: “Don’t hold out on me or, I promise, you’ll be sorry.”

Daniel looked up stunned by his discovery as he began to suspect Sarah had been lying to him all along.

Viewers know Sarah has a reason to attack Adam as she was furious when she discovered he had betrayed her by sleeping with Carla Connor (Alison King).

Sarah had been hoping to rekindle her romance with Adam as both have thought about working on their marriage.

But the Underworld worker was devastated when she realised Adam didn’t truly care about reuniting as he slept with her boss.

Official soap spoilers have revealed Sarah will get dressed up and head round to Adam’s flat on New Year’s Eve with a bottle of wine.

She suggests they see in the New Year together after a tumultuous few months – but is it all a plan to finish Adam off?

Adam agrees to Sarah’s suggestion and even suggests they try again with their marriage in 2021.

Sarah smiles seductively at Adam hinting she is willing to give their marriage another go, but does she really mean it?

If Daniel learns Adam and Sarah plan on getting back together, he will undoubtedly raise his concerns that she put him in hospital by revealing her threatening messages.

Is it all over for Sarah and Adam before they can get back together again?