Coronation Street has never shied away from difficult storylines and recently, the soap is tackling a human trafficking plot involving newcomer Alina Pop (played by Ruxandra Porojnicu), a nail technician at a eastern European nail bar, who is also the new love interest of Seb Franklin (Harry Visioni).

In upcoming scenes, Seb is going to find out how Alina was brought to the UK as part of a human trafficking ring, while he is horrified at the ordeal she is forced to endure, he will find himself dragged into the murky world of modern-day slavery.

While Seb attempts to expose the sinister forces behind it, it seems those controlling the workers may be within closer proximity than he thinks.

Corrie fans are already suspicious of Jan (Piotr Baumman), a Polish builder who is attempting to woo and charm Eileen Grimshaw (Sue Cleaver).

But it seems he has another connection on the Street; solicitor Paula Martin (Stirling Gallagher).

Her most recent storyline involved aiding her friend Sally Metcalfe (Sally Webster) during her court case as well as being embroiled in a romance with Sophie Webster (Brooke Vincent).

However, little is known about her past, and it seems a few dark secrets are going to come tumbling out in upcoming weeks.

In a recent soap spoiler picture, Eileen is seen engaging in a conversation with Jan outside number 11, as Paula walks past on her way to work, recognising Jan but not acknowledging him.

Surprised at Paula and Jan’s behaviour with one another, Eileen’s curiosity is piqued, but she can’t place her finger on why the two would know one another.

When Eileen gets the chance to quiz Paula about the moment later on that day, the solicitor gets flustered and denies knowing what Eileen is talking about, going as far to even suggest the stalwart imagined the whole scenario. 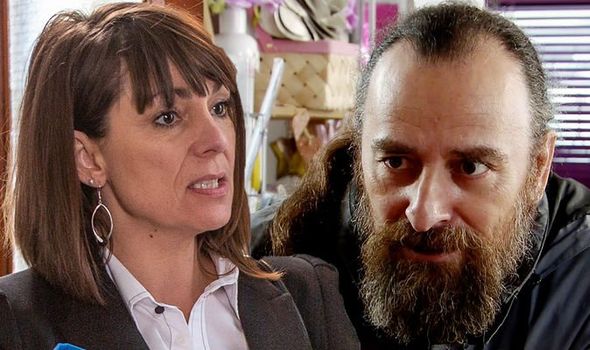 Nevertheless, Paula does know Jan in some way; has she been involved in helping the trafficking gang, bring the vulnerable young people over to work as slaves and advising the gang leaders on how to get through the legal loopholes?

Or perhaps she is working with the authroories to bring them down and get the youngsters the justice and freedom they deserve?

As for Eileen, she has found herself yet again involved with another villain, luckily long-time friend Liz McDonald (Beverly Callard) is there to confide in.

After explaining her initial concerns about Jan, the former Rover’s Return landlady searches his name on the internet and makes a shocking discovery about his criminal past.

Will Eileen have the courage to confront Jan about her findings? 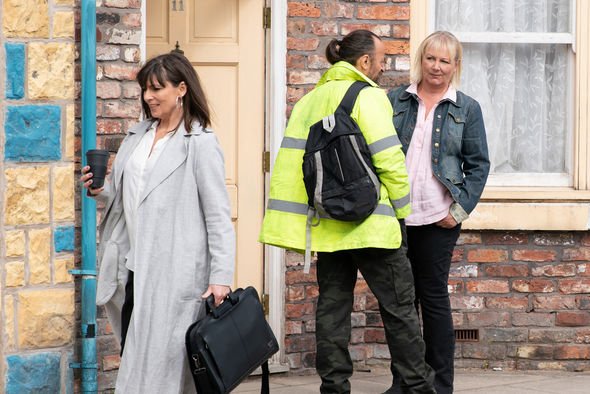 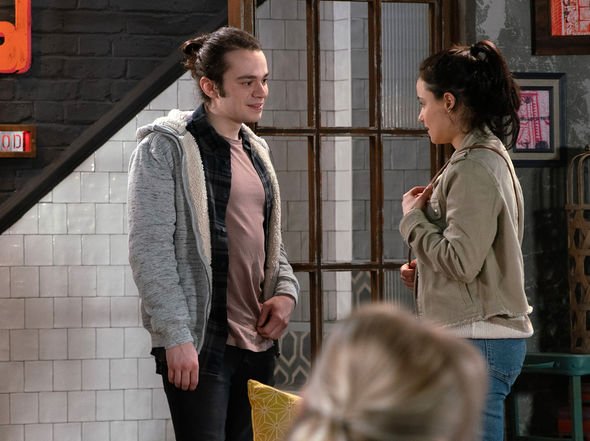 How do Paula and Jan know one another?

Elsewhere in Weatherfield, fans will be wondering whether Gary Windass (Mikey North) will get his comeuppance.

It was recently revealed he was responsible for the factory roof collapse earlier this year which killed Rana Habeeb (Bhavna Limbachia), as well as terrorising several other residents in the aftermath.

Viewers also saw him have a major showdown with Rick Neelan (Greg Wood) after the loan shark demanded repayments on money Gary had initially borrowed.

Rumbled, Gary did what he only knows, acted violently and killed Rick in the process.

But has his exit now be revealed?