Jenny Connor’s (played by Sally Ann Matthews) life could hang in the balance in Coronation Street when Scott Emberton (Tom Roberts) threatens the landlady with a gun. The violent robber will confront Jenny when Johnny Connor’s (Richard Hawley) conscience gets the better of him and he hands himself into the police for the historic bank robbery he carried out with Scott as well as confessing to his involvement in the Bistro attack.

In upcoming ITV soap scenes, Ray Crosby (Mark Frost) asks Faye Windass (Ellie Leach) to act as a hostess while he entertains investors at the Bistro.

Aware of his reputation, Craig Tinker (Colson Smith) parks himself at the bar to keep an eye on things.

Meanwhile, Scott talks Johnny through his plan for the Bistro but the pub landlord is horrified when his partner-in-crime reveals he’s carrying a gun.

Johnny refuses to take part and as Scott tries to forcibly change his mind, he suffers a severe MS attack and collapses. 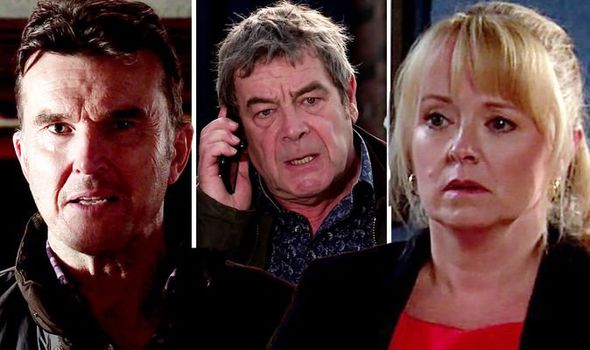 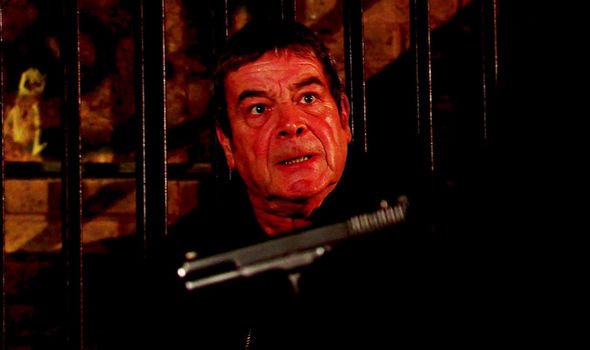 He begs Scott to help him but the criminal smashes his phone and knocks Johnny unconscious.

Ray’s poker game is in full swing when a masked Scott bursts in and points his gun at Faye.

Johnny manages to pull himself over to a phone box and alerts the police while Scott orders Ray to hand over the cash.

Craig hears the call to the police and rather than wait for back-up he rushes in to help Faye. 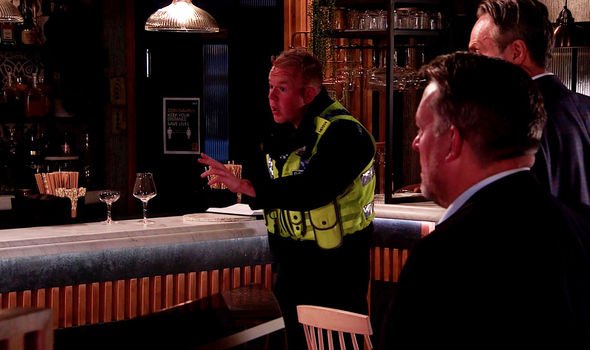 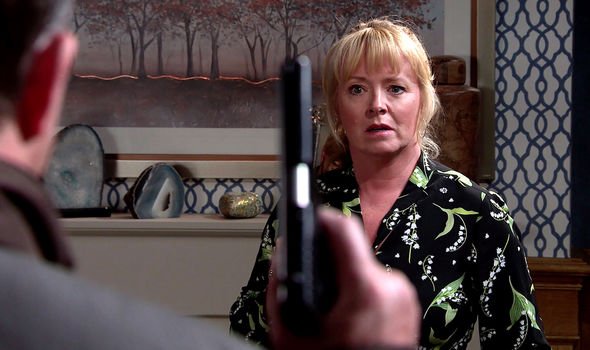 Scott runs out the door but collides with Craig and the gun goes off leaving the injured policeman slumped on the floor.

Later, Scott warns Johnny to keep quiet but the landlord’s conscience gets the better of him and he decides it’s time to face the music.

Johnny finally comes clean to Jenny and explains his sinister connection with Scott but she’s furious with her husband for letting a dangerous criminal into their home.

The Rovers Return landlord realises he has to tell the police the truth about Scott even if that means going to prison himself.

But before Johnny has the chance to reach the police station, he receives a phone call from a terrified Jenny.

The landlord will be horrified to learn Scott shot Craig and will be under no doubt he could do the same to Jenny.

Speaking to Express.co.uk and other press, soap star Sally revealed: “Jenny’s terrified she might live on Coronation Street [where] all these terrible things happen but in reality, if somebody pulls a gun on you, you’re [terrified].”

Sally added: “I don’t like guns, even though it was only a replica and we had an armourer there I kept going, ‘There’s nothing in that, [is there]?’ They kept showing me but I just don’t like that idea of it.

“So, it added to me being able to act scared because there was an element of me that was pretty scared.”

Could Sally be hinting at a terrifying outcome for Jenny as Johnny rushes home to safe her?

Will both Jenny and Craig survive their run-ins with Scott or will Johnny have to live with the deadly consequences of his association with the criminal?