Corrie: Imran and Toyah talk about their fostering plans

Imran (played by Charlie De Melo) has been enjoying a romance with partner Toyah Battersby (Georgia Taylor) of late on Coronation Street, as well as helping out his neighbours in several court cases. However, this comes almost two years after his sister Rana Habeeb (Bhavna Limbachia) was killed in the horrific Underworld Factory roof collapse. In parts, the lawyer knows Gary (Mikey North) had a part to play in the disaster but he doesn’t know the dodgy dealer is solely to blame. As the months tick by on the ITV soap, it seems Imran’s days could be numbered as he gets closer to the truth.

Having murdered Rick Neelan (Greg Wood) and with no chance of the loan shark coming back, Gary has blamed the factory disaster on him.

The supervillain told Imran he was being hounded for money from the criminal and this subsequently meant he was working tirelessly to get more cash.

He explained he knew the criminal was trying to make it seem as if he was a cowboy builder for not paying the loan back in time, so he set up the roof to collapse.

Imran has since dropped the matter, believing if Rick ever did back, he would want to get revenge for Rana’s sake.

Though it seems with the dodgy dealer unlikely to resurface after Gary murdered him, the lawyer could get the scent to reinvestigate his sister’s demise. 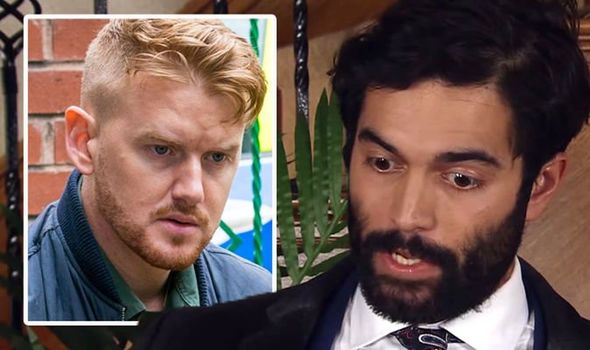 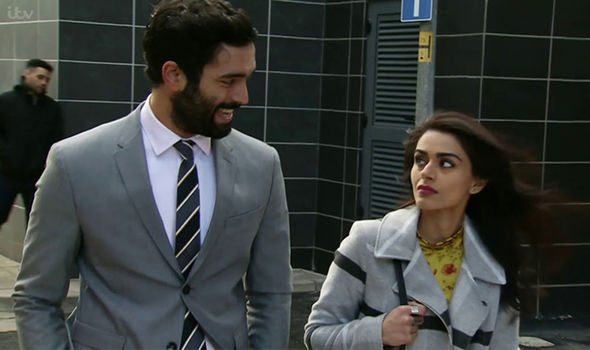 Confronting Gary about his story, the lawyer could discover the former construction worker was lying about the story he told to avoid taking responsibility.

As a result, the pair could enter into a violent scuffle which would see Imran suffer life-threatening injuries.

Having killed once before and with countless other lives on his conscience, might the supervillain silence the lawyer once and for all?

Although this would be justice for Rana, it could spike the other residents to question why Gary was so involved with the Imran before his disappearance. 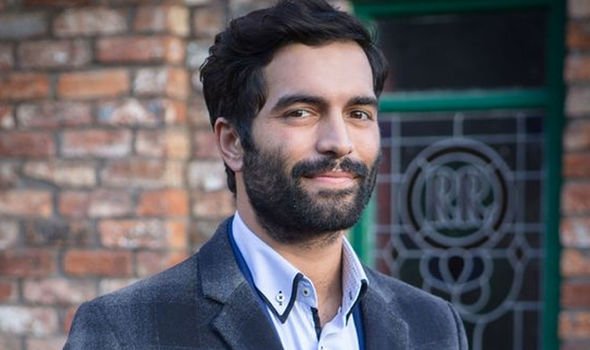 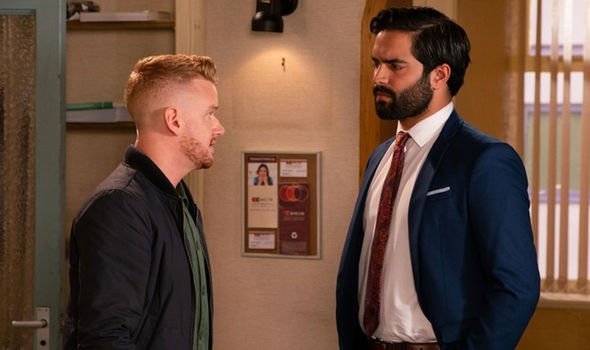 That is something that would end badly

Could Imran’s death be the catalyst behind Gary finally getting his just desserts and finally seeing him locked away for good?

The actor who plays the lawyer, Charlie, spoke to Express.co.uk and other publications and recently teased the conclusion of the storyline.

Hinting his character could be killed off, the soap star said: “I would love to play it but then I would dread where that would end.

“That’s the worry, isn’t it? Because that’s not the revelation that would not come without consequence.”

Charlie continued: “That is something that would end very, very badly for one if not both of those characters.

“It is something I have had little daydreams and fantasies about how I would potentially want that to be done.

“But I think, if soap law is to be upheld, I think that is something I would like to see delayed for some time.

“Because I think Mikey has certainly got a lot to be getting on with and hopefully I do as well,” he added.

Taking to Twitter, viewers have been sharing their thoughts on whether Gary should pay for what he did to Rana.

One fan wrote: “Gary needs to go to jail for killing Rana. It’s been a b***** year. @woahkana @itvcorrie #corrie.”

Another added: “#Corrie need to start actually punishing their villans. Gary still strutting around after killing Rana, being responsible for the shooting that left Shona [Ramsey] with brain injury and killing Rick.”

Whilst a third commented: “About time poor Rana got justice. It’s not funny [Gary’s] swanning around all smug #Corrie.”