Gemma (played by Dolly-Rose Campbell) and Chesney Brown (Sam Aston) had their worlds turned upside down earlier this year on Coronation Street when they discovered they were going to be parents to quadruplets after they parted ways following a brief romance.

Since then, the Weatherfield community has been doing their best to raise money to help the pair, with Chesney working two jobs and Gemma undertaking three ventures to save as much cash as possible.

Tonight’s double bill of the ITV soap saw the expectant parents sit down with a local radio personality to drum up every more support for their cause, but the presenter mistakingly believed Gemma and Chesney were a married couple.

After Chesney corrected the presenter that they weren’t married, Gemma assure the local celebrity they were a couple and after their interview, the young father told his ex-girlfriend he still love her, only for the moment to be ruined by the arrival of Bernie Winter (Jane Hazlegrove).

If I end up on the street, so be it

The wayward mother told Gemma she had turned up to congratulate her daughter on the pregnancy, with the expectant mother overjoyed by Bernie’s arrival after failing to meet her months ago when she first discovered she was with child.

However, it soon became clear why Bernie had really come to Weatherfield, eyeing up an opportunity to get her hands on some cash as she emotionally blackmailed Gemma with a sob story to try and get her hands on the money given by the community.

When Gemma asked if she and the quadruplets could live with her, Bernie said: “I’d would’ve loved every minute of it but my landlord’s about to chuck me out on the street.

“Insists I owe him three months rent,” she continued but as Gemma initially turned down giving Bernie the money, her mother added: “You owe me nothing. If I end up on the street, so be it.”

Just as Gemma was going to hand over the cash, Chesney stopped her in her tracks, telling both mother and daughter he was going to put he money into a bank account so Bernie couldn’t get there hands on it.

Gemma’s brother Paul Forman (Peter Ash) also believed his mother was up to no good, telling his sister the only reason Bernie had turned up was because she spotted an opportunity to get some cash. 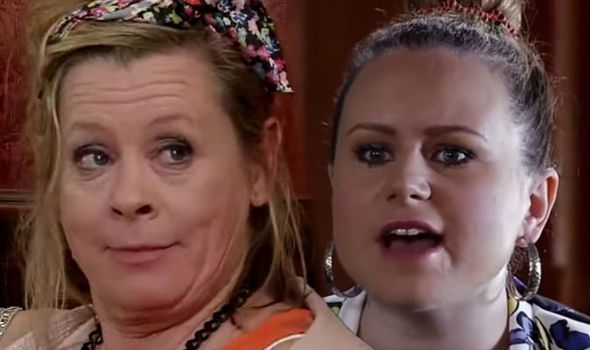 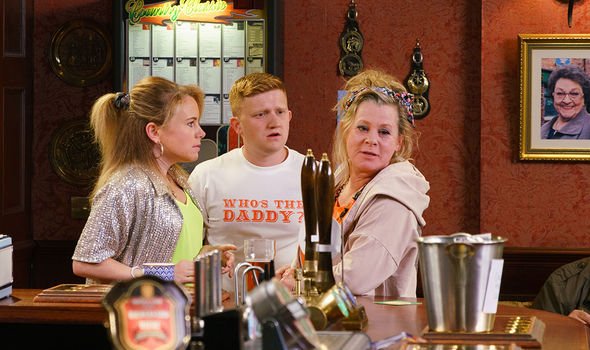 After some crossed words, Chesney offered Bernie a place to stay with him, meaning she wouldn’t need the money and would have a roof over her head.

As Chesney settled down for the night, Bernie tried to seduce the young father, seemingly betraying her daughter by trying to make a move on her ex-boyfriend.

Upcoming scenes will see Gemma discover what her mother has been up to, but as she confronts Bernice and the explosive fallout plays out, is the wayward character devising another plan to betray her daughter?

Bernie could be enticing Chesney in an attempt to get closer to him so she can get her hands on the details to the bank account the young father has set up for his children.

Could Bernie really commit the ultimate act of betrayal by robbing her daughter and Chesney of the cash they’d work so hard to save for their future? 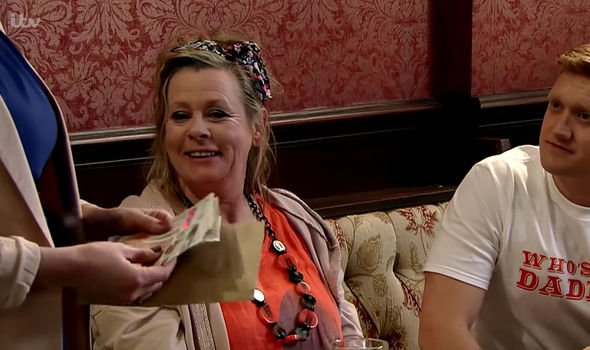 Although Robert persuaded the men not to speak of this meeting, throwing them off the scent he is expecting a baby with his former lover, the secrecy looks set to unravel in upcoming scenes.

Fed up with playing second fiddle to Robert’s fiancé Michelle Connor (Kym Marsh), Vicky will confront the father of her child, only for the expectant mother to collapse.

After taking her to the hospital, Robert discovers Vicky and the baby are fine, with the mother of his child suffering from gallstones.

When he returns to the street, Robert comes under fire from Michelle as to where he’s been, but will the expectant father reveal all?