**SPOILER WARNING: THIS STORY CONTAINS SPOILERS FROM EPISODES AVAILABLE ON ITVHUB THAT HAVE NOT YET AIRED ON TELEVISION** 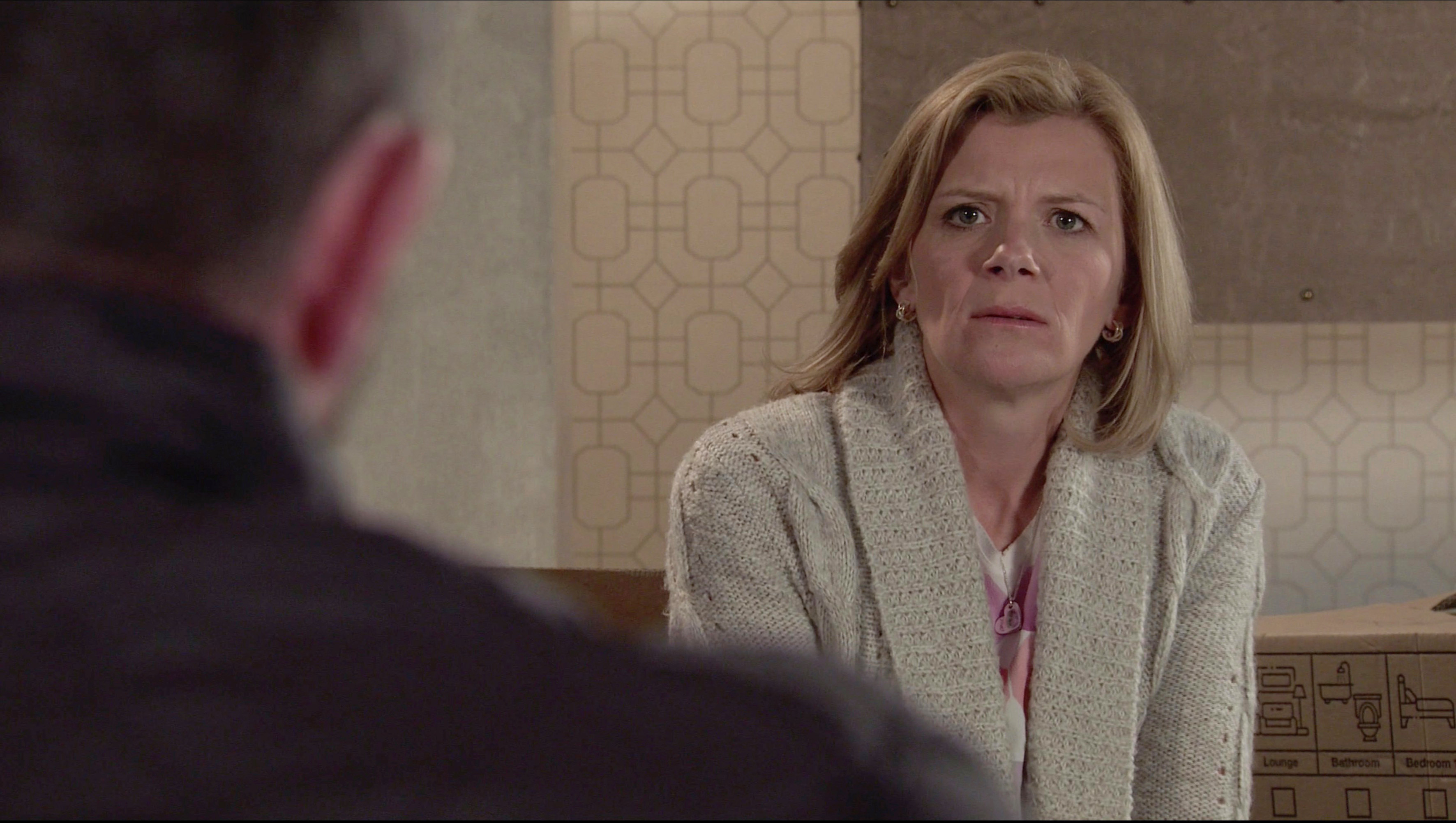 Drug dealer Harvey is currently behind bars awaiting trial in which Leanne and Simon’s evidence is crucial.

He has been doing everything he can to force them to change their evidence so he is freed.

And this week he takes it up a notch – by demanding one of his henchmen shoot Leanne’s boyfriend Nick as a warning.

But in a twist – a desperate Sharon Bentley tries to convince Harvey to stop his twisted warning. 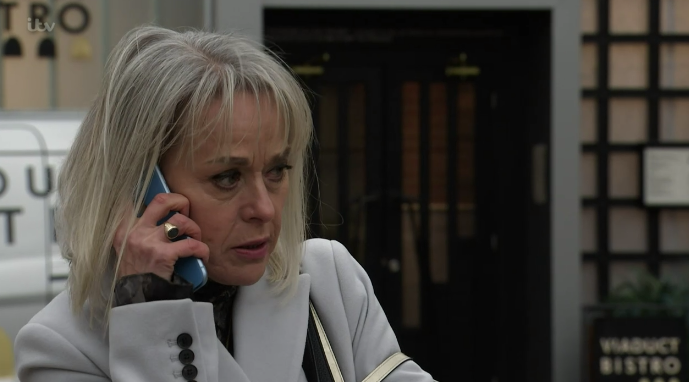 But when he refuses – she phones Leanne to warn her but doesn’t far as Leanne slams the phone down.

With Leanne back in Weatherfield – having agreed to Harvey’s demand, she goes to visit son Oliver’s grave with ex Steve McDonald.

But as she returns she’s horrified to hear gunshots and rushes to her flat.

There she sees a car speed off and Nick and Sam lay flat on the floor.

All the latest EastEnders, Emmerdale, Coronation Street, and Hollyoaks spoilers 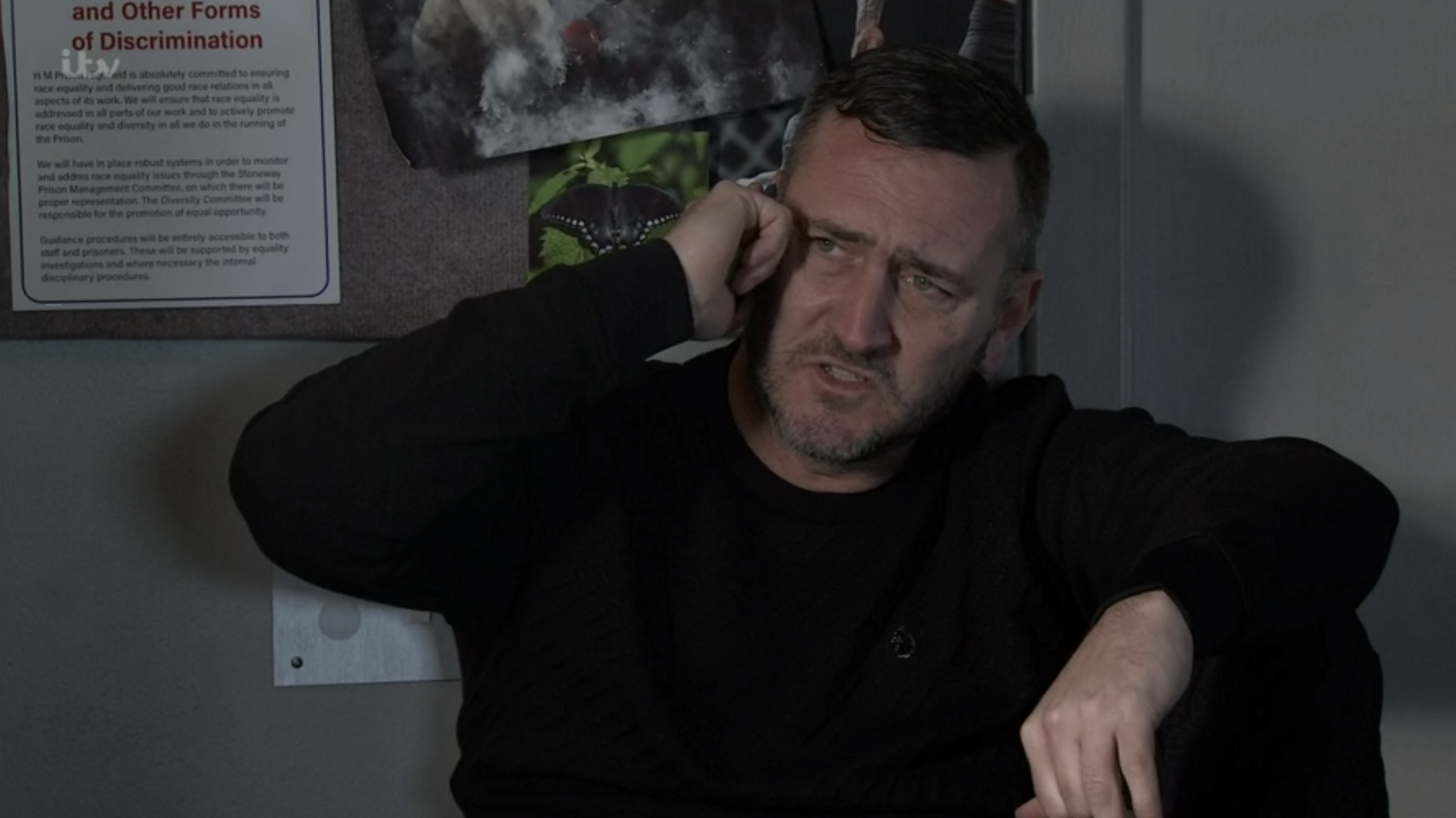 Fearing the worst she runs over but luckily they are both unhurt and just shaken.

Looking up, Leanne sees Sharon looking shaken across the road and realises she came to warn her.

But before they can talk, Sharon rushes off, and Leanne ends up more determined than ever to take Harvey down.

She tells Nick she will testify against Harvey and put an end to his reign of terror once and for all.

However in the episode available to watch on ITV Hub now and airing on Sunday night – Leanne may have an ally.

Realising Sharon was trying to warn Leanne, Harvey orders his henchman to dispense with his aunt and she’s cornered at the flat, caught as she planned to flee.

Will Sharon survive? Or will her murder put Harvey away for good?