The series didn’t get off to the best of stars as Jeremy Clarkson failed to get to grips with his tractor and seeding crops. In the first instalment of Clarkson’s Farm, 21-year-old farmer Kaleb Cooper can be seen horrified by the mess the motoring expert has created. As Jeremy takes control of his new 1,000 acre working farm in the Cotswolds, things quickly prove difficult as he tries to get into the swing of farming life.

In episode one, Jeremy didn’t get off to the best start as local farmer Kaleb was disappointed with his tractor skills.

After struggling with the tractor, Jeremy admitted: “I realised that I needed help.

“So I called Kaleb Cooper, a tractor driver who worked for the previous farmer,” he continued. 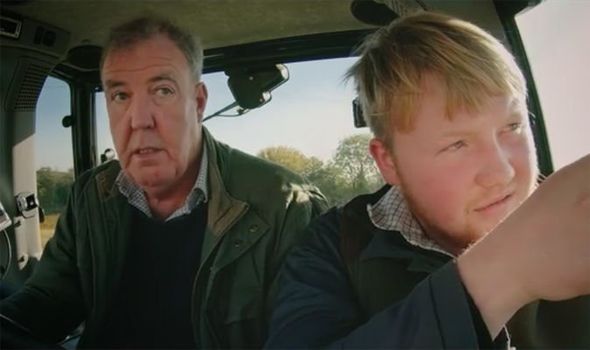 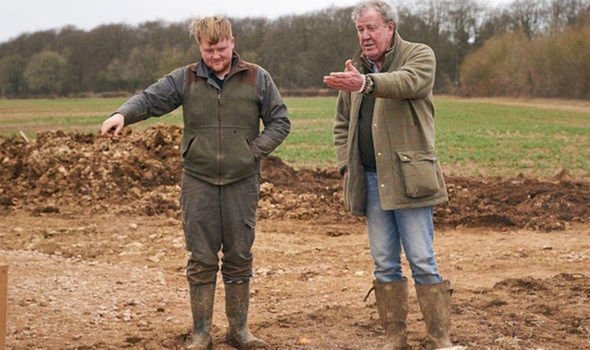 After sitting down with Kaleb, the presenter stated that he was in a major “muddle”.

Jeremy was impressed with Kaleb’s credentials, as the 21-year-old has previously farmed for three years, and has a contracting business on the side.

Kaleb shocked the former Top Gear host when he stated he knows the names of every single field.

The two then made their way to Jeremy’s tractor and Kaleb couldn’t contain himself when he saw that it was a Lamborghini tractor. 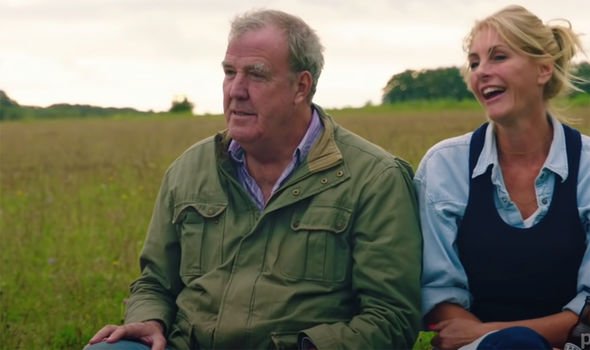 They took shifts at cultivating the farm, and the process greatly “sped up” which was necessary as Jeremy’s crops needed planting urgently.

He explained: “If it rains, the tractor breaks down, or I’m late by just a few days, that yield would drop.”

While Jeremy seemed slightly worried, Kaleb seemed optimistic they would reach their target in time.

However, when Jeremy was left on his own to begin seeding, Kaleb returned and was shocked by what he had seen.

“What have you done?” the farmer said upon seeing Jeremy’s work.

Jeremy had not planted the seeds in the correct order or left enough space between the tramlines.

“When I come to spray it and fertilize it, how do I know where to drive?” Kaleb asked.

Kaleb was frustrated and pointed out Jeremy “hadn’t even drilled it straight” prompting the farmer to yell: “That’s as straight as a roundabout.”

“I’ve learnt my lesson now, I won’t do it again,” Jeremy sheepishly replied.

Kaleb stormed off and Jeremy promised to buy him a beer to make him feel better, however he wasn’t impressed by the offer.

As Jeremy feared he was “in so much trouble” it was revealed the pair had previously gotten along very well.

Jeremy was fascinated when Kaleb revealed he had only left the farm once to go to London on “an art trip”.

However, Kaleb didn’t leave the school coach as he didn’t like it because there were “too many people”.

“You sound like just the saving grace, it’s like God himself is beaming down,” Jeremy said to him, before the day’s events occurred.