Loose Women anchor Christine Lampard joined her co-stars from her home on Tuesday lunchtime’s edition of the programme to discuss her recent pregnancy announcement. The panel quickly expressed their excitement for their friend as she discussed Chelsea manager Frank’s reaction, how her parents haven’t seen her bump and her concerns over giving birth alone, admitting: “There’s a lot of uncertainty.”

On being able to speak to Charlene via video, she noted: “We’ll probably never get to do a show together, this is lovely!”

The attention soon turned to Christine’s news that she would be giving birth in the months to come.

The presenter is already mum to daughter Patricia and today she expressed her excitement over her growing family. 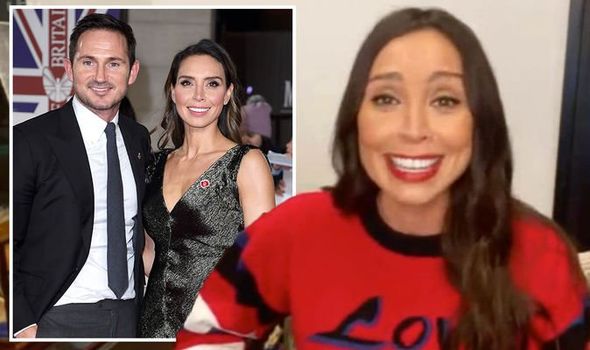 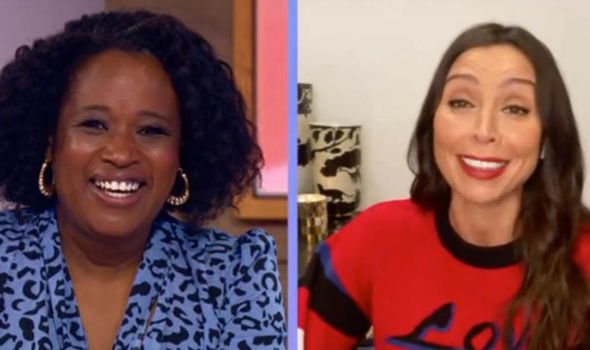 But she also confessed she was worried over potentially having to go through the process on her own.

Asked by Kelle Bryan if she had any concerns over the prospect of giving birth on her own, she admitted: ”I definitely do Kelle.

“It’s a lot to do with the unknown, you don’t quite know what the outcome is going to be, you just have to look after yourself as best you can.”

The presenter went on to note how hospital appointments have “changed” and how she couldn’t bring people along with her for the check-ups. 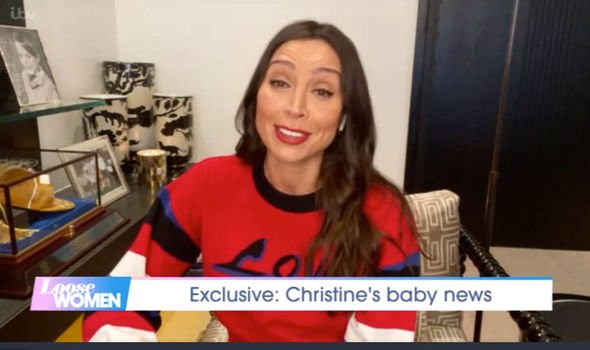 “That’s fine…that’s what you have to do,” she commented.

However, Christine was hopeful things would be slightly less restrictive by the time, adding: “I am sort of thinking ahead to April and what will happen at that point, hopefully, the world will be a much better place.

“Ideally, I would like Frank alongside me, I don’t want to do that on my own, and lots of women did have to do that the first time around.”

The star opened up on the huge amount of “uncertainty” facing expectant mothers and admitted she was “trying to be overly protective”.

“I really do try to be as cautious as I possibly can,” she continued. “But it’s a bit lonely going to hospital appointments on your own all the time.”

It came after Christine had told the panel her parents are yet to see her bump in person as they remain living in Northern Ireland.

She explained how hard it had been for her to not be able to see many of her loved ones since discovering she was expecting.

“It’s been very weird, if I am being honest, purely because we are very, very close thankfully,” Christine explained.

“Christmas was going to be that tiny little bit of light at the end of the year and sadly that didn’t get to happen at all so Mum and Dad haven’t got to touch the bump at all, they haven’t seen it in the flesh.”

Christine also couldn’t resist a joke at her husband’s expense, telling the panel Frank’s brain is “99 percent” football, upon them asking about his reaction to the news.

“Very, very excited,” she revealed of Frank. “I mean, gosh, football consumes 99 percent of his brain, but the one percent that is left got very very excited.

“It is personal happiness, within the four walls of our house, where we are spending most of our time.”