Chris Harrison is usually cordial with everyone in The Bachelor franchise. While he has admitted that there have been men and women throughout the franchise that he just didn’t get along with, he generally gets along with everyone.

Chris usually speaks his mind when asked about what is going on in the Bachelor world, but he has been oddly silent about Colton Underwood’s recent legal drama.

As fans may recall, Colton split from Cassie Randolph earlier this year, and months later, he was slapped with a restraining order for sending creepy text messages to her, showing up at her apartment, and putting a tracker on her car.

Yesterday, Chris finally broke his silence about the matter, but his comments were not what fans had expected.

Chris Harrison is criticized for not condemning Colton Underwood

Chris spoke to E! News about the situation. During the interview, Chris extended an invitation to both Cassie and Colton, saying he would be happy to have them both back.

@bachelornation.scoop added their thoughts to the interview, adding, “he should have clarified they would welcome back Colton after he gets the proper help he needs.” 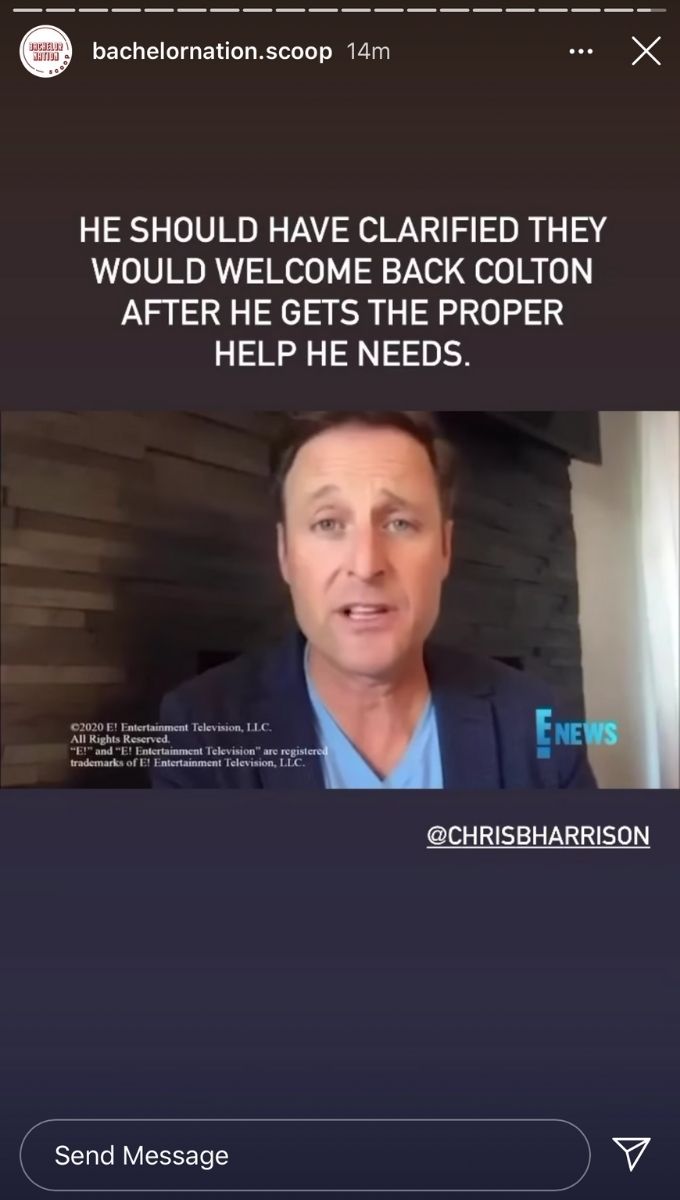 In the video, he revealed that he finds the whole situation upsetting and heartbreaking. Chris pointed out that he knows both Cassie and Colton well and he wishes the best for both of them.

Chris also gives them credit for keeping the details of their breakup out of the press so they could deal with it privately. He also said that they are more than welcome to come back to the Bachelor world for interviews when they are ready.

You can watch the clip here.

Chris Harrison hasn’t said much about Colton and Cassie

Chris hasn’t said much about Cassie and Colton other than yesterday’s interview. He did interview Cassie shortly after the breakup on one of the first episodes of The Bachelor: The Greatest Seasons — Ever. There, he tried to learn why the two had broken up, but Cassie kept shutting him down, saying she had no interest in dishing the dirt.

Another Bachelor star offered his opinion last week. Ben Higgins recently spoke out about the situation on his podcast Almost Famous, and fans slammed him for trying to excuse the abuse Colton put Cassie through. Fans felt that he was downplaying the seriousness of the situation by implying that what Colton did was just fine because it was done in the name of love.

Ben later had to clarify his statements, saying that he knew that abuse is not okay if it’s “in the name of love.”

Colton was recently spotted for the first time since the restraining order became public knowledge. He has stated that he won’t be commenting on the issue.

The Bachelorette premieres Tuesday, October 13 at 8/7c on ABC.