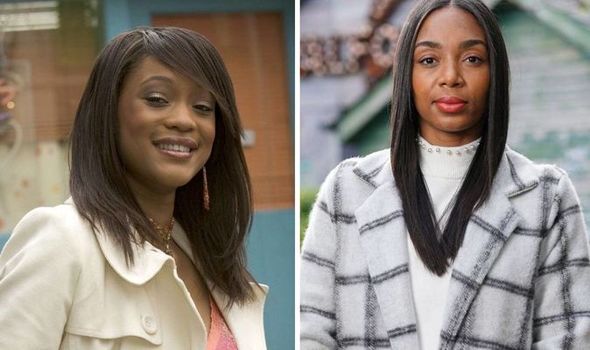 Chelsea Fox was the fiesty daughter of Denise Fox (played by Diane Parish) in EastEnders who has been going through a troubling time in recent weeks. After finding out her adopted son Raymond was involved in a car crash, Denise started visiting him at hospital without telling his father Phil Mitchell (Steve McFadden). Denise is about to be involved in even more drama though as daughter Chelsea returns to Albert Square.

When the Fox family moved to Walford, Chelsea (played by Tiana Benjamin) was a very vocal young beautician.

She had several romances while in EastEnders, including with Grant Mitchell (Ross Kemp), Sean Slater, Dr Al Jenkins (Adam Croasdell) and Jack Branning (Scott Maslen) who is now strangely with her mum Denise.

Chelsea even went to prison for six months after Sean makes sure she is stitched up after framing him for the attack on Patrick Trueman (Rudolph Walker).

While actress Benjamin will not be reprising her role as Chelsea, another actress will instead be stepping into her shoes.