Cannes 2021: “You have not lived until you have seen this 57-year-old actress-director shrink herself down to Hobbit size to play a pre-teen,” a New York Times writer says 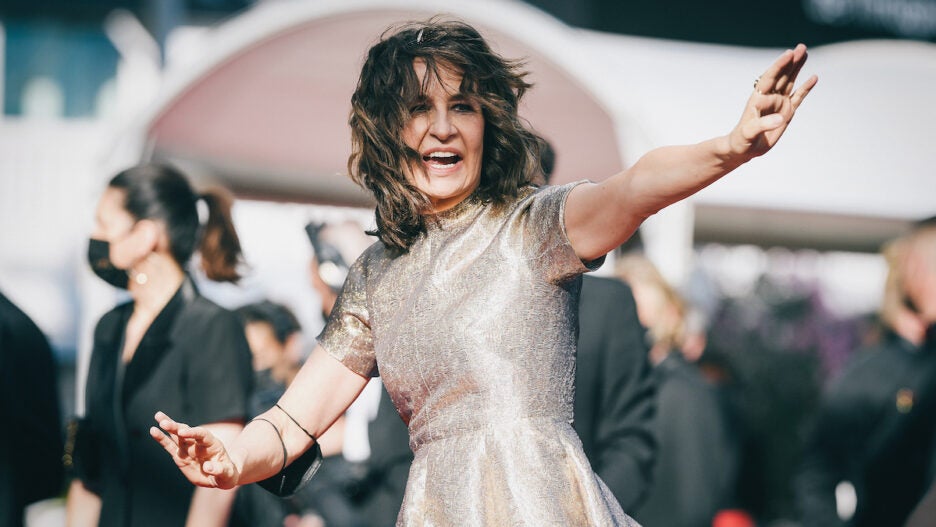 Back in June we shared the first trailer for “Aline,” which because they couldn’t use Celine Dion’s name but decided to use her songs anyway, changed her name to Aline Dieu, which in French means “Aline God.” The trailer had people’s brains “short circuiting” online and went viral. But that oddity was just the tip of the iceberg.

“Aline” stars and is directed by Valérie Lemercier, and people who have now seen it at Cannes on Tuesday night reported the bizarre moment in which Lemercier, at age 57, for one scene portrays Dion, er, Aline, at age 12.

“Still reeling from the instantly legendary decision of 57-year-old ‘Aline’ director Valérie Lemercier to play Celine Dion at every age of her life, including age 12,” The New York Times’ Kyle Buchanan wrote in a tweet. “You have not lived until you have seen this 57-year-old actress-director shrink herself down to Hobbjt size to play a pre-teen. This is beyond PEN15, beyond Martin Short in CLIFFORD, this is… cinema.”

Other critics who saw it described it as something of a Lifetime movie and conventional biopic but that was a lot of fun, and good enough to draw a crowd of Celine Dion superfans complete in leopard pants.

“Aline” is playing at the Cannes Film Festival out of competition, but the film also finally secured a theatrical release date after months of delay in French theaters on November 10, but it does not yet have a North American distributor.

See some of the online reaction to the film below, as well as a new clip from the film.