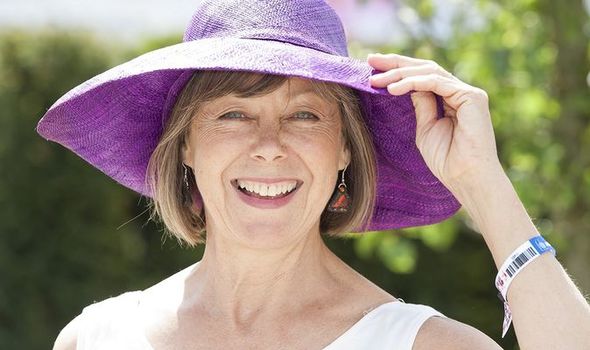 The ageless actress revelled in the chance to put on the glitz as she admits that viewers frequently are underwhelmed if they meet her out shopping. Call The Midwife star Jenny, 68, said: “I think people are disappointed if they bump into me in the supermarket and I look like s***!” Her photos for woman&home are a world away from playing Sister Julienne in the BBC drama.

Jenny began her career as a child actress in 1964, appearing in the films East Of Sudan and Star!, before she was catapulted to fame by two versions of The Railway Children – the 1968 television serial and the 1970 movie of Edith Nesbit’s novel. Despite living in the limelight she tries not to get hung up on her image.

She said: “I do not want to change my clothes size. So every time something gets tight, I just go, ‘Right, less cheese, no butter and cream, no sugar and sweets, no wine.'” Jenny reappears as Bobbie Waterbury next year in The Railway Children Return, set in the Second World War, and in nun’s garb for the Christmas special of Call The Midwife.

January woma&home is on sale December 2.