BRITNEY Spears showed how she busts out 150 squats in one work-out session, to keep her sensational figure.

The Toxic singer revealed the punishing exercise regime she undertakes to get her "buns of steel." 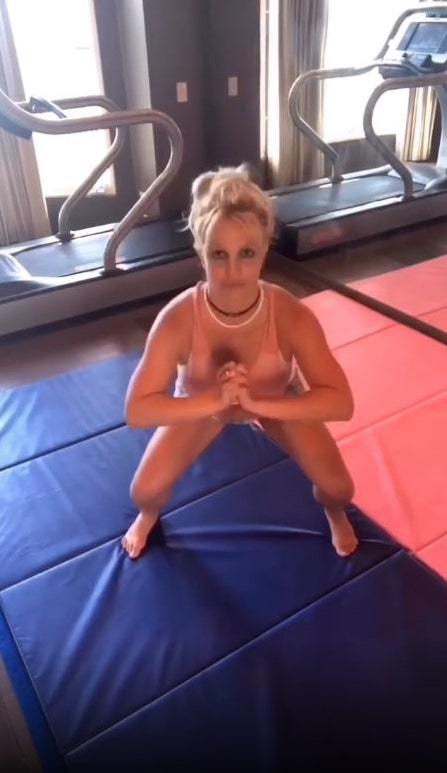 She told the camera this is how she achieves her taut derriere, as she got back into the gym which she had burned down last year.

The 38-year-old beauty captioned: "These key exercises believe it or not really do help with getting a tight buttocks 😉🍑🍑🍑. I didn’t have time to show the full routine in the video …. but trust me it will kick your ass 💪🏻!!!!!

"I hope you all are taking care of yourselves and staying healthy …. it’s also really important to learn to meditate and stretch for clarity. 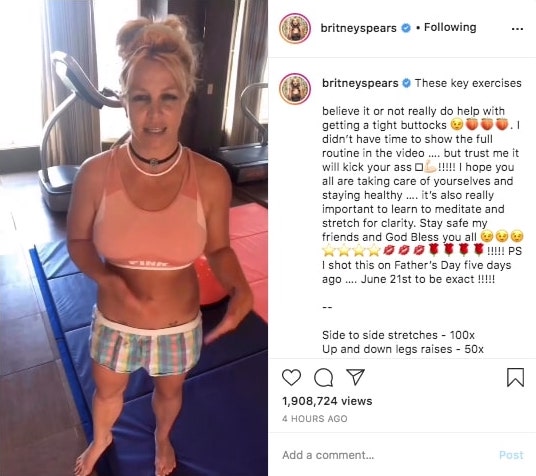 Britney looked ready for action as she showcased her fit figure in a cropped top and shorts.

She detailed the exercises, including 150 repetitions of squats and 150 jumping jacks.

Incredibly she described it as a "short workout."

The Baby One More Time hit-maker said: "Hi guys, I'm in my gym today. And yes, it is the gym that I burned down. It's still not fixed yet, but I'm getting there." 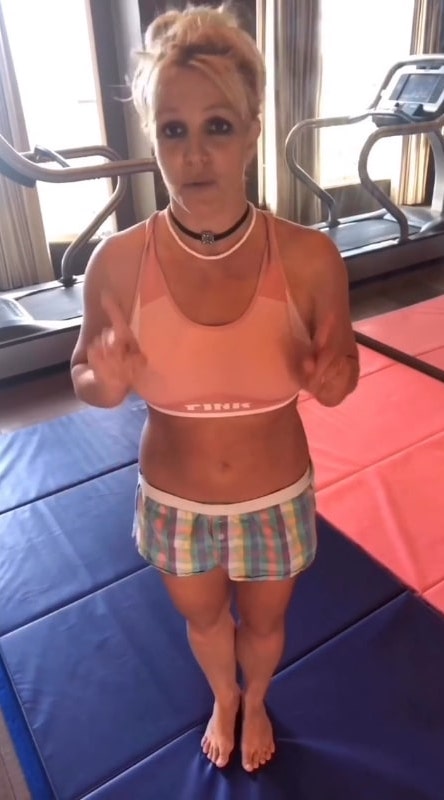 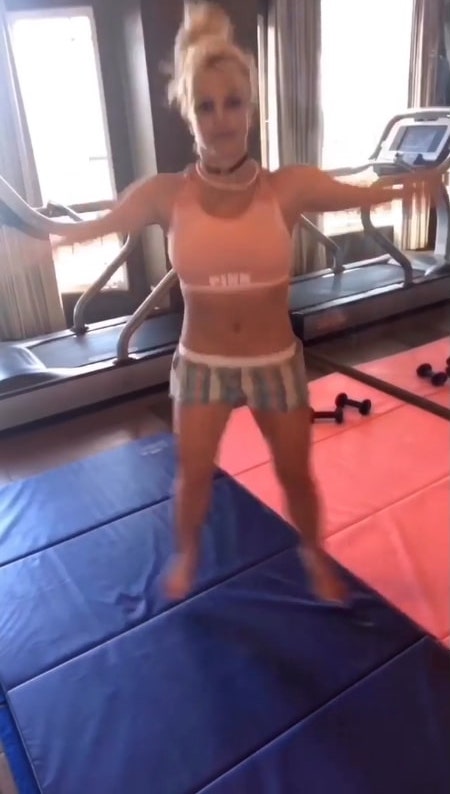 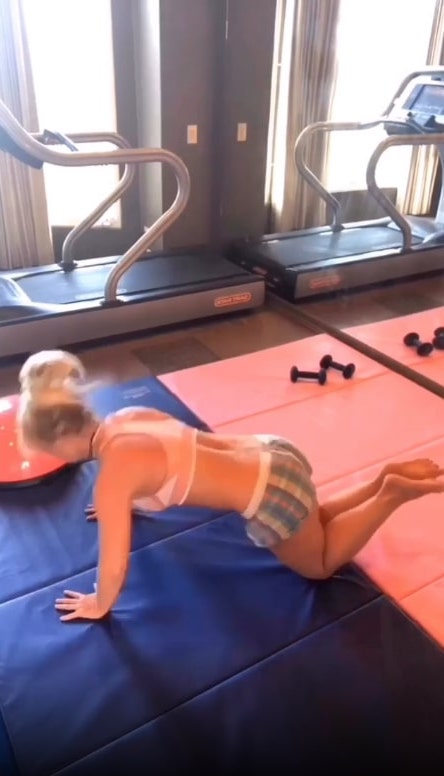 Britney revealed on Instagram in late April that she accidentally burned down her home gym, writing: "It was an accident …. but yes …. I burnt it down."

She said in the video: "I haven't been in here for, like, six months, because I burnt my gym down, unfortunately. I had two candles, and, yeah, one thing led to another, and I burned it down."

The Womanizer star said she was left with only two pieces of equipment in there.

She previously revealed some of the damage which was caused when there was a fire after she left candles burning. 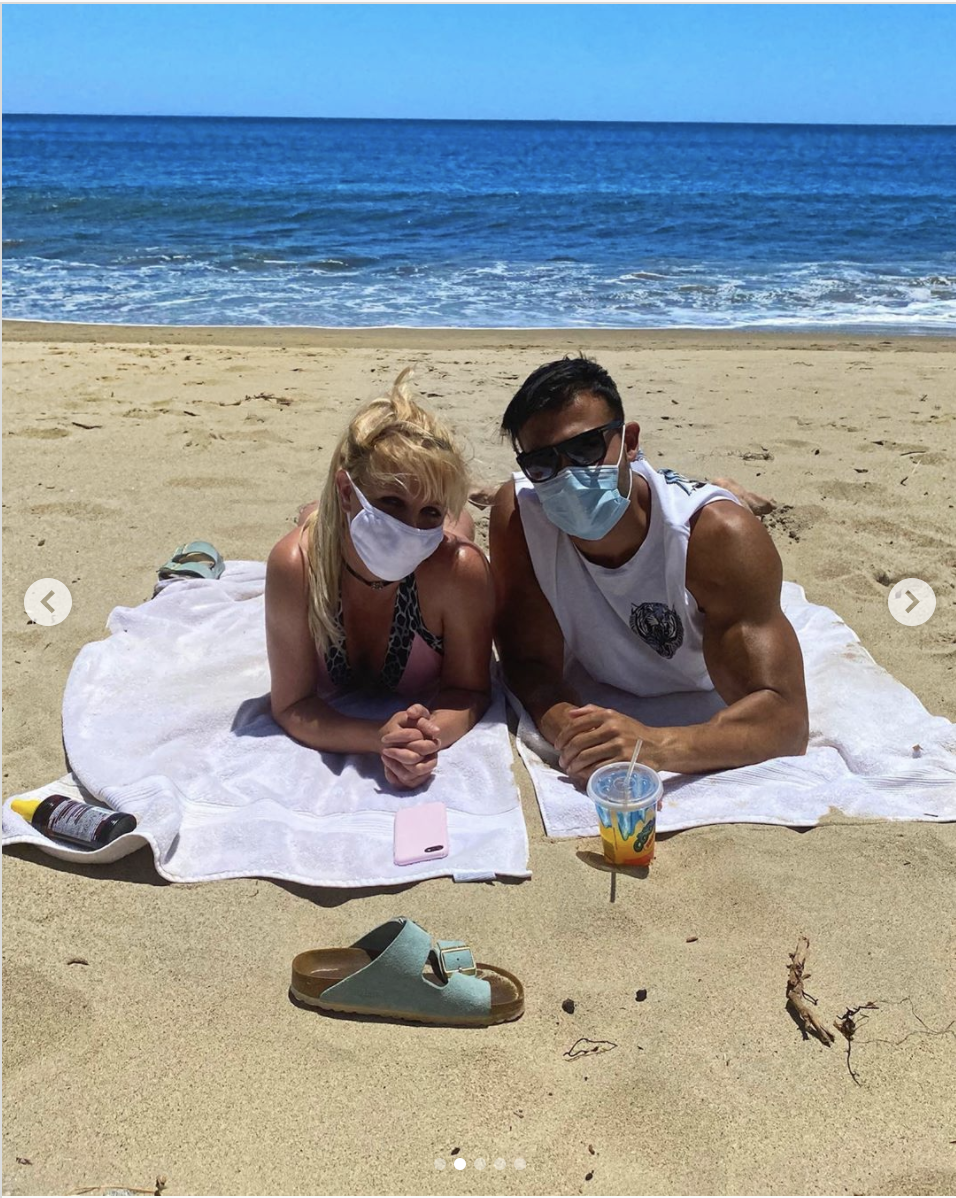 "I am in my gym right now, I haven't been here in six months because I burned my gym down…" she says matter of fact, adding: "I had two candles and one thing led to another and I burned it down."

The mom-of-two then posted a two-minute workout video without offering fans any further details.

She captioned the post: "It was an accident… but yes… I burnt it down.

"I walked past the door to the gym and flames 🔥🔥🔥🔥 BOOM !!!!!! By the Grace of God the alarm 🚨 went off after that and yippy hoorah nobody got hurt. 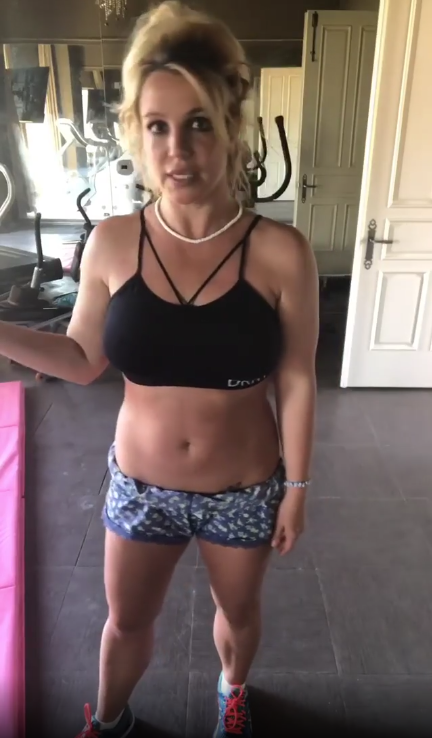 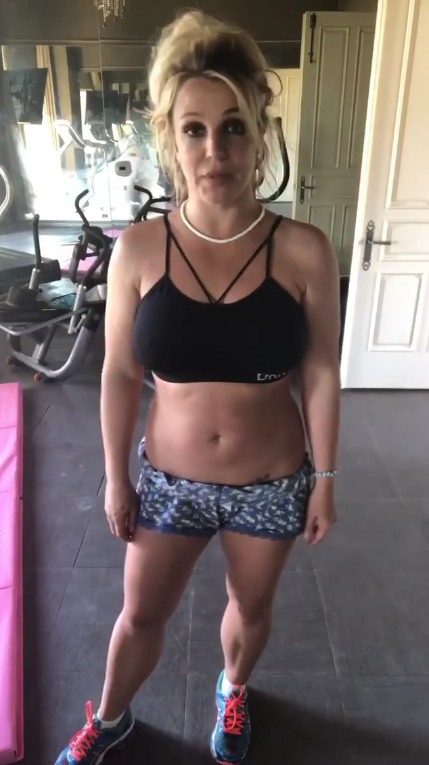 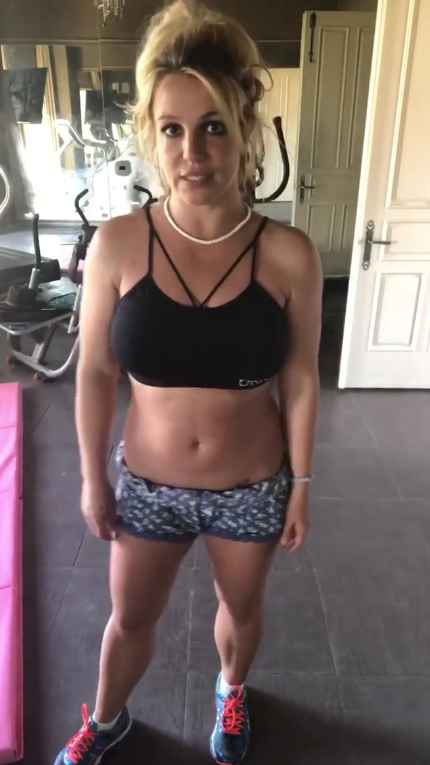 "Unfortunately now I have only two pieces of equipment left lol and a one-sided mirror gym 🙄🙄🙄 !!!!! But it could be much worse so I’m grateful. Pssss I like working out better outside anyways 🌸🌸🌸🌸🌸 !!!"

The 38-year-old singer been active on her social media during the coronavirus quarantine regularly posting energetic dance videos and motivational messages.

Most recently, the singer entertained her followers as she twirled around her living room to the 1987 hit Faith by George Michael.

The Toxic singer demonstrated her impressive lip-syncing skills with a TV remote while she displayed her figure in a pink sports bra and blue-print shorts. 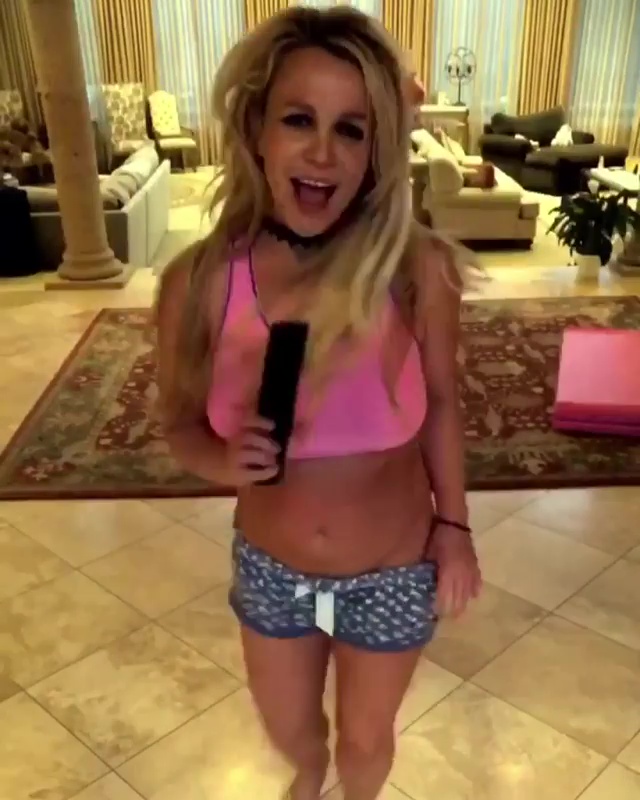 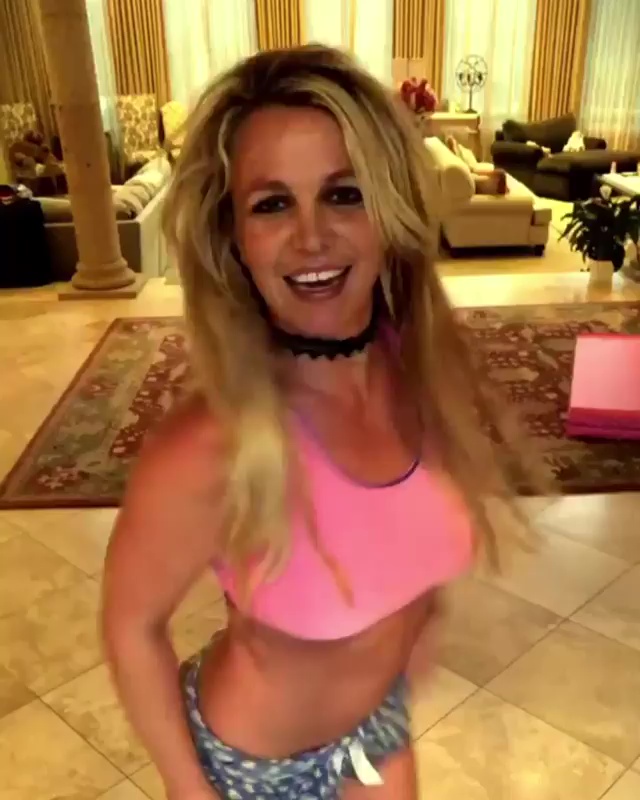 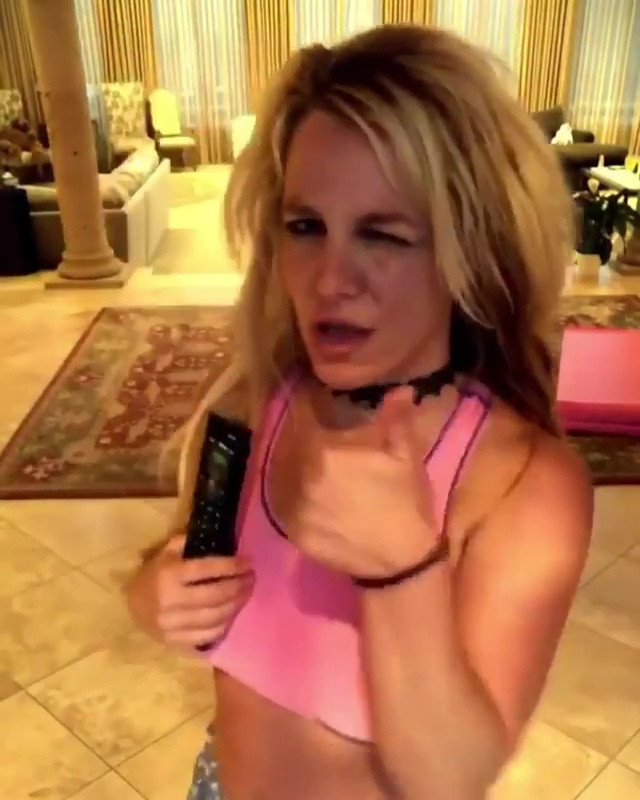 Captioning the video, which she had deleted then reposted, she admitted that boredom drove her to karaoke after watching Patrick Swayze's Ghost five times.

"Yes folks you end up doing karaoke by yourself when you’re that bored …. singing to George Michael !!!!!" she began.

"It’s what you do after watching Ghost for the fifth time while eating a creamsicle on the couch".

The pop icon once again urged her fans to stay safe at home before reminding them to have fun.