Brandon Lewis was on hand today to reassure Good Morning Britain viewers that Brexit is on track. So far, the UK is set to leave the European Union on October 31 and Boris Johnson has a deal he thinks will be passed in Parliament.

However, there have been rumours of the EU and Northern Ireland potentially putting bumps in the road to stop the motion getting passed.

Lewis appeared on the ITV show to address any reports, suggesting there’s no reason the Brussels group should put a spanner in the works.

After chatting about the ongoing debate surrounding FaceBook and the social media giant’s powers in stopping criminal content being shared, host Ben Shephard laughed: “We can’t have you on the show on a Friday without asking you about Brexit.”

Lewis quickly replied: “Well… you can!” 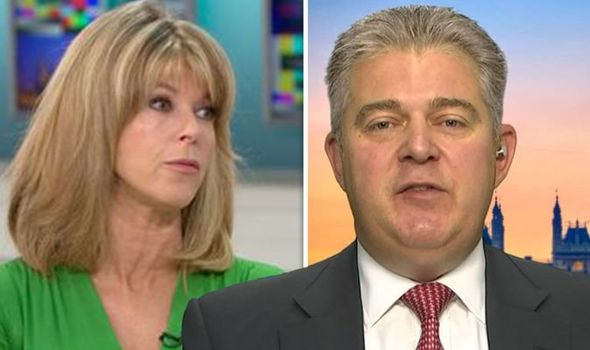 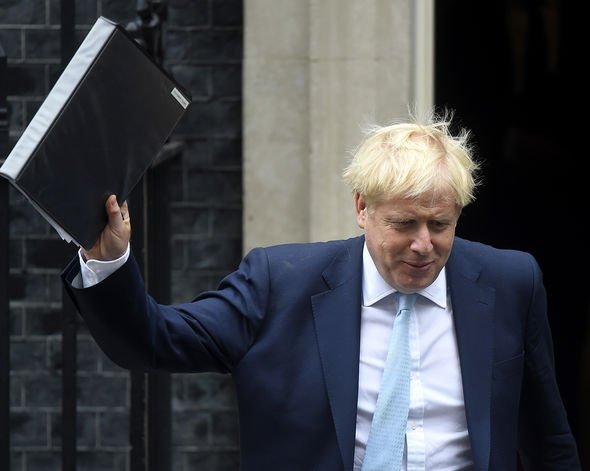 Kate Garraway continued: “You’d be disappointed if we didn’t…

Lewis responded: “I think you’re absolutely right, it looks like there’s a majority in Parliament.

“This is the first time we’ve put a proposal together with a potential majority and that’s important to put to the EU. 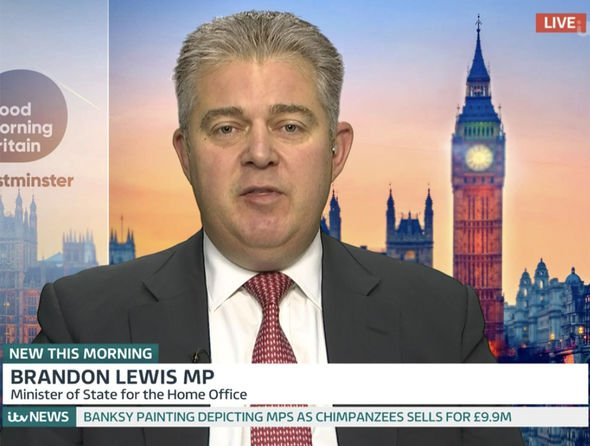 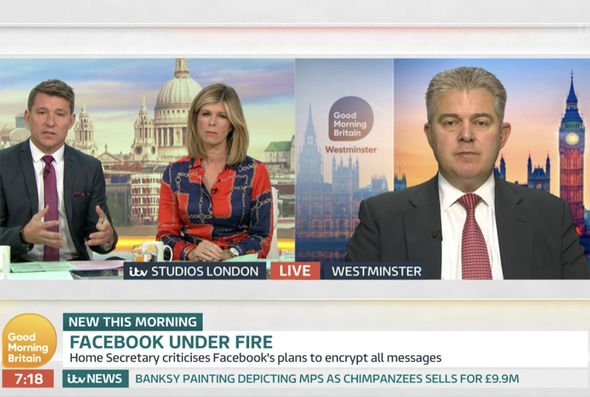 “They’ve just got the package so let’s see what they do ahead of the European Council on October 17 and 18.

“I hope they will see this is a good package they can get through.”

Garraway pressed on to find out more details about the proposed deal, asking if the government have “any tricks up their sleeve”.

Lewis hit back: “We’ve said this is a good deal and it solves issues we’ve had and it agrees on things we both want to happen.

“We’ve made a good compromise with this one but it’s time they do as well.

“They want to respect the deal and we’ve been very clear I think it’s in everybody’s interest to get a deal agreed.”

Garraway turned her attention to Johnson’s so-called leaked memo which said the EU would be “crazy” to block the proposed deal.

Lewis laughed, before insisting: “I’ve always made a point of keeping conversations had in private, private.

“But it’s definitely a good deal and I hope they will come round and importantly we will deliver on what we said and we will leave the EU on October 31.”

Garraway pressed on how exactly Johnson plans to do that if they don’t get a deal, considering it is currently illegal to leave on that day without a plan in place adding how “something has to give”.

Lewis confidently replied: “If the deal isn’t agreed we will leave on October 31 as planned – legally.

“I’m not going to tell you how we’re going to do that because there are people who don’t want Brexit and I don’t want to give them the time to work out how to foil Brexit.”

Good Morning Britain airs weekdays on ITV from 6am.