“It’s such a selfish thing, it’s a horrific thing that he does,” Netflix star tells TheWrap 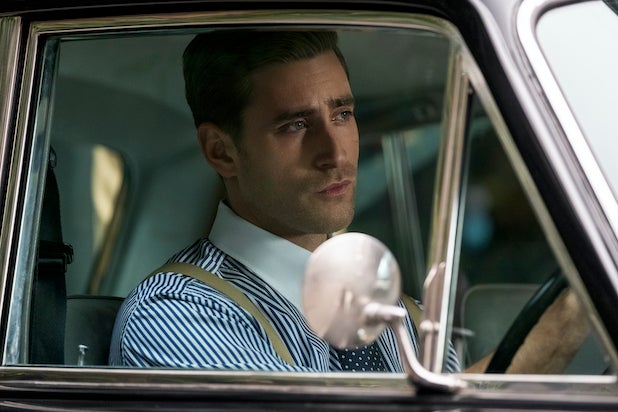 (Warning: This post contains major spoilers through “The Haunting of Bly Manor” finale.)

Peter proves himself to repeatedly be a selfish person, both before and after he is killed by the Lady in the Lake, with two very specific instances being his biggest transgressions throughout the second season of Mike Flanagan’s Netflix anthology. The first is when he commits suicide for Rebecca by entering her body with her permission and then drowning her against her will. The second is when Peter convinces young Miles and Flora to give up their own little bodies to Peter and Rebecca’s spirits, promising to “tuck” the children “away” into special memories with their deceased parents.

When it comes to how Peter could manage to make that fatal choice for Rebecca, Jackson-Cohen tells TheWra, “That’s what is really quite fascinating about Peter, is that he has to rationalize that for him to be able to do it.”

“The way that I approach Peter, and the way that he behaves, is that he has had a really, really rough upbringing and has spent his whole life trying to pretend that that didn’t happen and has tried to present himself in a certain way. And he’s never had a family or anyone that really loved him. So to Peter, the idea of losing the one person in his life that has ever shown him kindness and truly cared after him in a way that he needed to be cared for when he was younger, he’s not going to let that go. And so it’s incredibly extreme what he does. But I think in Peter’s mind, it’s the only option. And it’s such a selfish thing, it’s a horrific thing that he does. But to Peter, it’s genuinely life or death for him. He will not be able to exist without her there. And so it makes for an incredibly f—ed up story.”

As for the children, well, Jackson-Cohen says that’s “pretty messed up,” too, but comes from a slightly different motivation.

“I kept on asking about that, because he can’t just take over these kids for a selfish reason; there has to be something to it, there has to be something he feels he is doing for the children in return,” the Netflix star said. “And in Peter’s mind, the rationale is they get tucked away in a house with their mum and dad. And it’s a safe place with loving parents, which is everything that Peter never had. So I think in Peter’s mind, the trade that is going on is not something that is so bad. He has a conscience, he knows how bad it is what he’s doing or asking. But the payoff for Miles and Flora is that they will be with their parents, which is ultimately what Peter has always wanted and needed in his life. He’s wanted that love and that care. And so, I think for Peter, it makes sense. But it’s really f—ed up.”

Luckily, fans who have finished “Bly Manor” know that Peter’s plan doesn’t work out in the end.

Check back with TheWrap for more “Haunting of Bly Manor” coverage throughout the weekend.