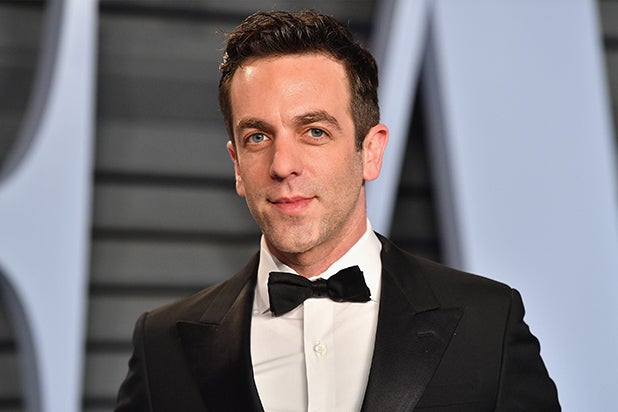 FX has given a series order to the untitled anthology series from B.J. Novak starring the likes of Lucas Hedges and Jon Bernthal, the network announced Wednesday.

Among the stars set to appear on the series are Lucas Hedges, Jon Bernthal, Kaitlyn Dever, Boyd Holbrook, O’Shea Jackson Jr., George Wallace and Ed Asner. The project is described as “an anthological television series that uses the boldest issues of our times as a jumping off point to tell singular, character-driven stories about the world we live in today.”

Two episodes have already been filmed.

“Thrilled, excited, humbled — these are the words in every press release, and I can’t believe how much I actually mean them,” Novak said in a statement. “This is my dream show, and FX is the dream place to make it. When I brought it to FX, I wondered if it went too far, and they told me, you can go further. I can’t wait to get started.”

“We have been admirers of B.J. Novak for a long time,” added FX original programming boss Nick Grad. “We loved his creative twist on the anthology format, and he delivered on two phenomenal episodes. We are looking forward to going into production on the rest of the season and supporting BJ’s ambitious vision for this project.”

Novak serves as writer, director and executive producer on the series, which hails from FX Productions.