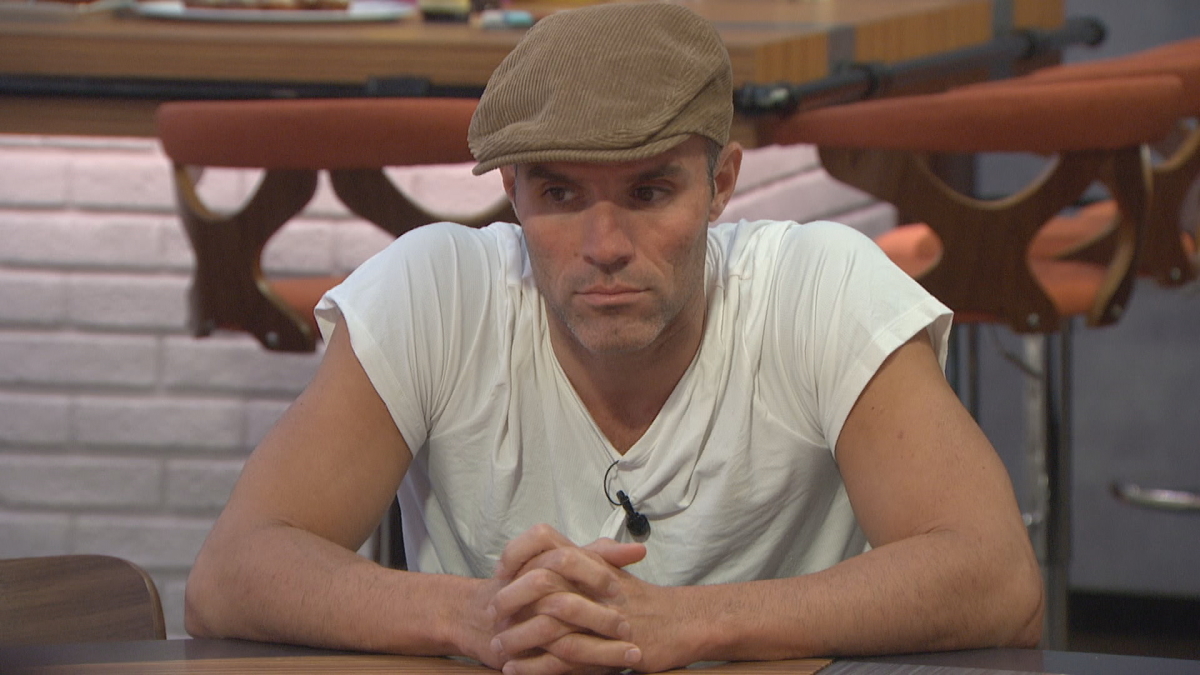 Or maybe it was the same wall-yeller, just taking another opportunity to throw a wrench in the gameplay of Nicole Franzel.

Whoever it was, they were using a megaphone and it caused the house to go on lockdown again. That’s always frustrating for the houseguests, as they really enjoy using the backyard.

The most negative aspect of this latest wall-yeller was that the Big Brother live feeds were taken down for the entire night. Nobody got to see if there was any fallout inside the house.

What was the wall-yeller saying to the BB22 cast this time?

It’s not entirely clear what was said, who was in the backyard, and if they heard the latest message sent from one of the fans.

If we were forced to make a guess, it seems very likely that the wall-yeller was taking another shot at Nicole. She, with the help of Daniele Donato, has been trying hard to push that lie about the Ian Terry vote.

Below is a video from inside the house as the supposed wall-yeller arrived on Tuesday night.

Big Brother spoilers about what has been going on

Over the last few days, a number of important Big Brother spoilers have come out on the live feeds. That includes Tyler Crispen winning the Power of Veto and declining to use it.

Because Tyler did not use the POV, Da’Vonne Rogers and Kevin Campbell were left on the block. One of them is heading to the BB22 jury house on Thursday night.

As for that lie Nicole is pushing, she wants badly for Da’Vonne to believe that she voted out Ian and not Tyler. This has led to Nicole and Dani talking down about David Alexander and pushing the narrative that he is lying to Da’Vonne to make her look bad.

We all know the truth already, though, in that David is the one telling the truth, even as Da’Vonne continues to argue with him and bash him for the stories that Nicole and Dani are pushing.

Dani and Nicole are also getting distracted from ensuring their long-term games, which is leading to members of The Committee talking about targeting them next.

Additional Big Brother spoilers indicate who is about to get evicted. The votes are just about set and Ian Terry is soon going to be getting someont to chat with on the BB22 jury.

Will the wall-yeller impact what happens in the coming weeks? That’s a bit unclear, but we will all have to wait for the Big Brother live feeds to get turned back on to hear what everyone has to say.