Last month one of Yawn’s comments to Showbiz Cheat Sheet took on a life of its own when she shaded Ferrier after Ferrier asserted that Yawn was competitive with her on the series. Yawn said as far as competition goes, she is a captain and Ferrier waits tables. Fans and previous crew members latched onto the remark and launched a full-scale social media attack on Yawn. Now, Drake, who is close with Yawn commented about the shade, saying that the job of a chief stew goes beyond just waiting tables. 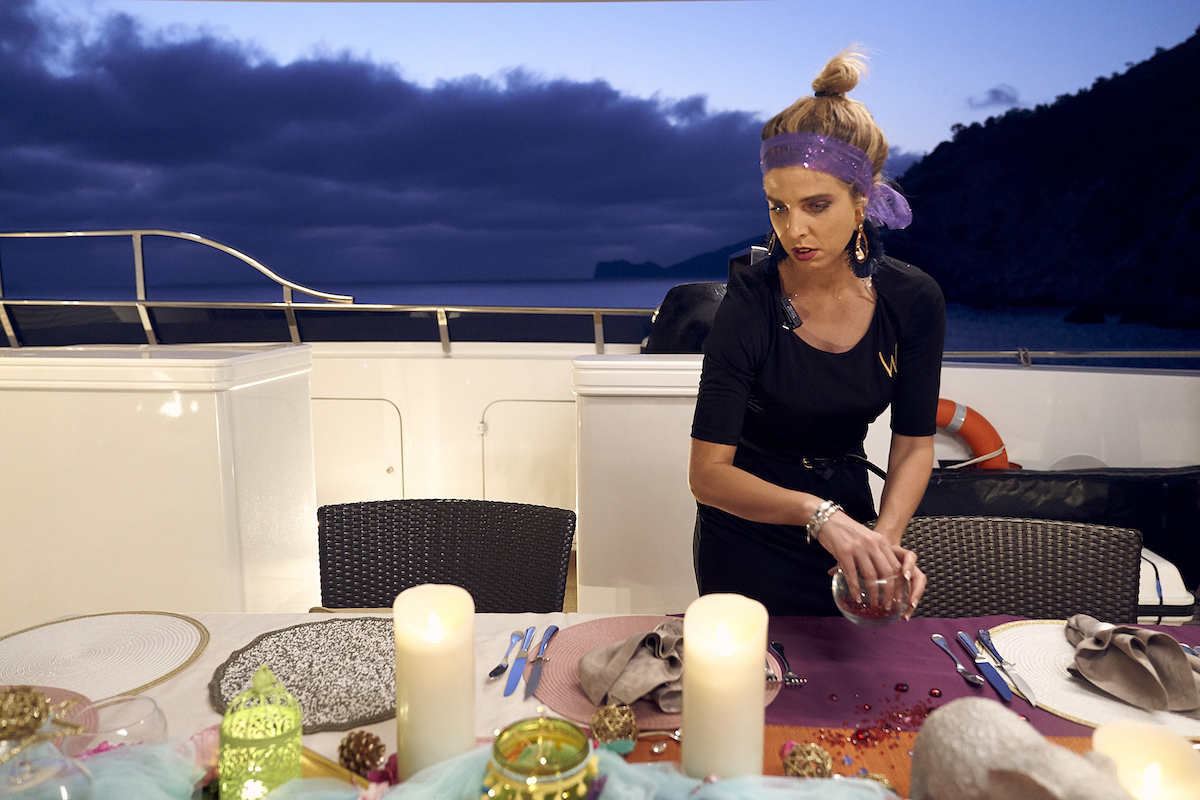 Drake commented on the single remark Yawn made and not the entire interview from Showbiz Cheat Sheet. “I can understand the backlash of like where Hannah stands in terms of saying that she just waits tables. Like I don’t agree with that comment because a chief stewardess goes above and beyond like just waiting tables,” she told US Weekly.

“They oversee the entire guest experience, although they’re not driving the yacht, they set up the itinerary, they make sure that their stay on board is just high end and top-notch, they set tables, they wait tables, they look after the crew,” she added. “I always say the chief stew is like the mother of a yacht. So I don’t think that Hannah just waits tables is a fair comment, but it’s maybe the way that a lot of people might perceive it.”

But Drake added that one part of being a chief stew is waiting tables. “We are in the service industry and a lot of the time people can relate the service aspects of a stewardess to that of a waitress, which is not a bad thing,” she remarked. “I don’t think that people should be up in arms about the fact that she waits tables because I think that a waitress, just like anyone else, has a very tough job.”

Drake added, “I think that comment might’ve been taken a little out of context in terms and made into a bad comment because I don’t necessarily think Sandy meant it in a malicious way.”

Former chief stew Adrienne Gang agreed, which is surprising after she pulled the comment from the story and then brutally dragged Yawn on social media. “My suspicion was that Sandy was trying to take a dig at Hannah and didn’t realize that it would be insulting to a much larger group of people,” she said on the Side Piece with Melissa Pfeister podcast.

“And I had a lot of respect for Sandy,” she added. “I don’t think she has ill intent. I just don’t think she’s very graceful with her words. And I think that gets her into trouble.”