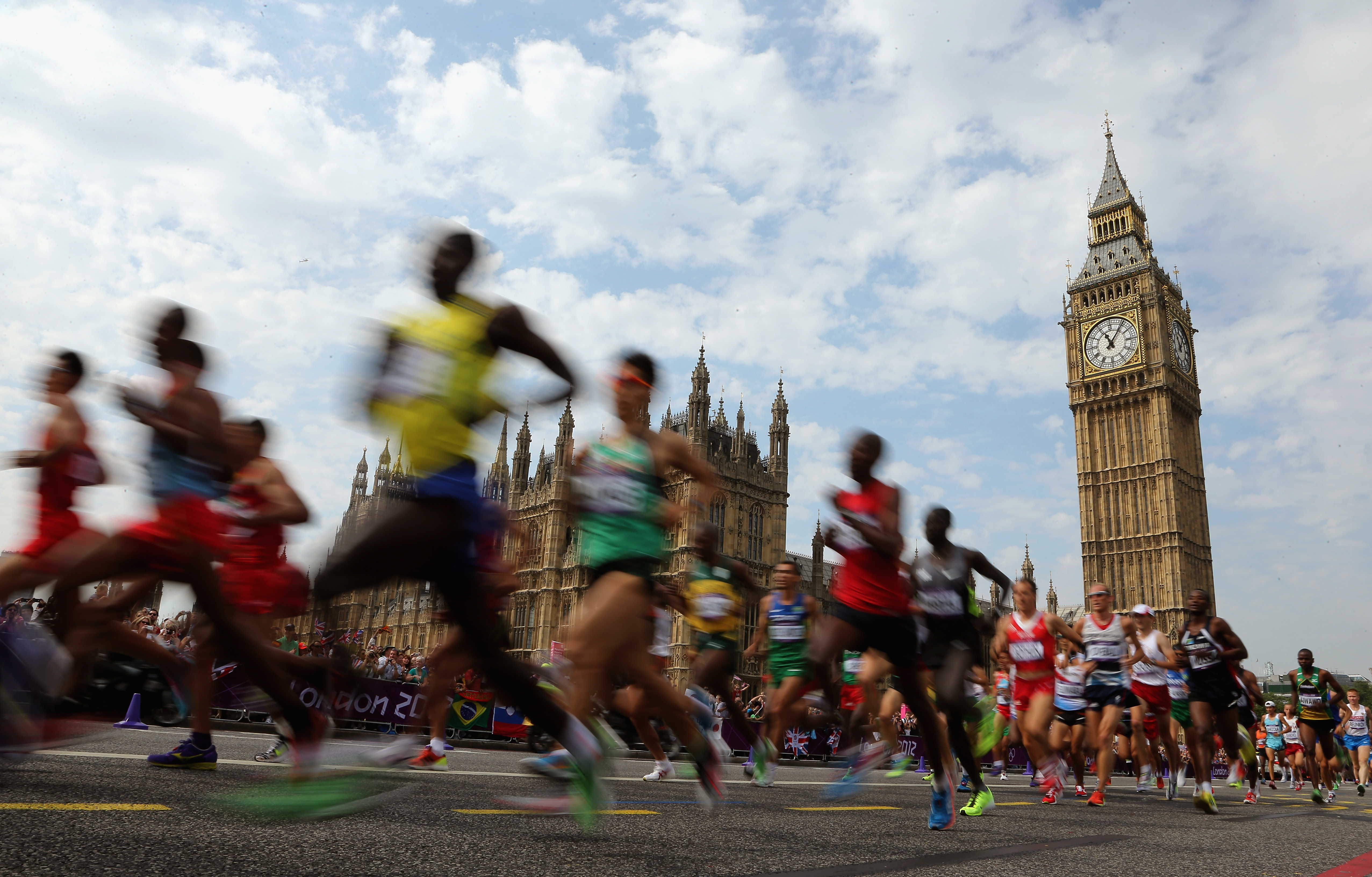 The London Marathon may not air on BBC for much longer as it’s been revealed the organisers are in talks with rival broadcasters as its contract is due to run out.

The corporation has televised the major event for 40 years and will broadcast this Sunday’s race, but as of next year, it could soon have a home elsewhere.

Race director Hugh Brasher, who expects to tie up the fresh contract before the end of 2021 said: ‘We have had a 40-year partnership with the BBC and we have been absolutely delighted with that partnership.

‘We will, in inappropriate ways, explore all sorts of other opportunities. What we believe is that this event lives on terrestrial TV.

He continued: ‘Over 457,000 people applied for the 2020 event, and showcasing it to as many people as possible to make it inspire as many different communities as possible is what we need to do. That is what we’re talking to broadcasters about.

‘We want that incredible coverage to continue and we have a duty as an organiser to make sure it does. This is one of the crown jewels of British sport. There’s the FA Cup final, there’s the Grand National, the Boat Race, Wimbledon tennis and the London Marathon.

‘Those other events have been around for over 150 years and the London Marathon is 40 years. It’s incredible what we’ve become in that time and we do not take that in any way lightly,

‘It is fair to say that we are talking to other terrestrial broadcasters and it is likely that an announcement will be made this year.’

Some 40,000 runners will take part in Sunday’s Virgin Money London Marathon, which is back on its traditional route from Blackheath to The Mall and open to spectators after last year’s was held for elite athletes only, behind closed doors.

Sir Mo Farah will not be running due to a stress fracture in his foot, but Brasher is hopeful the British Olympic hero will compete again in the future.