During Sunday’s BBC Breakfast, hosts Roger Johnson and Nina Warhurst spoke with the Prime Minister’s former aid, Tim Montgomerie about Matt Hancock’s recent resignation. The Health Secretary stepped down from his ministerial role in Government following video footage and photos released showing him kissing senior aide, Gina Coladangelo, in the Department in Whitehall. During his resignation, the MP paid a tribute to the NHS and its staff as he described the health service as being the “best gift a nation has ever given itself”. However, during BBC Breakfast, host Warhurst quizzed Montgomerie over whether Hancock’s tribute to the NHS in his resignation was “insensitive”.

Warhurst began by asking Montgomerie what he thought about Hancock’s resignation video the nation.

“I thought it was the right tone,” he began. “It was disappointing that Matt Hancock didn’t resign perhaps 24 hours earlier.

“I feel like we were getting to the position where we almost seemed that Government Ministers didn’t resign whatever they did. I think perhaps he set a better example than some of his colleagues.” 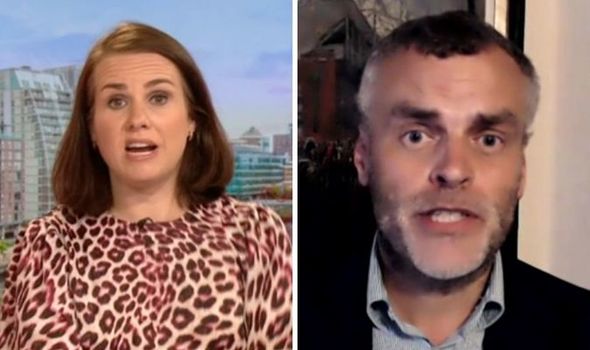 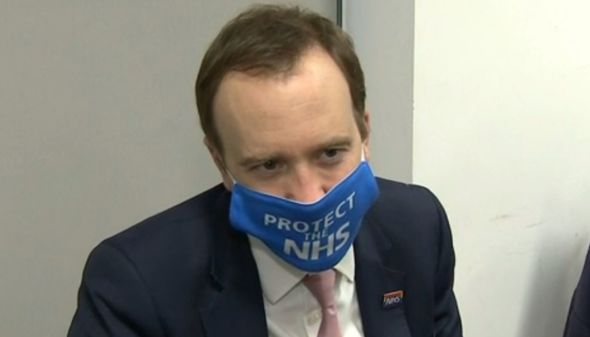 Warhurst proceeded to interrupt Montgomerie as she pointed out: “You say you admire the tone of the video.

But, if you were a nurse who’d worked tirelessly for the NHS over the pandemic. If you hadn’t seen relatives for over a year for example.

“Those references, did they not seem a little insensitive to you when he paid a tribute to the NHS staff for example?”

As he hesitated to answer the question, Montgomerie replied: “Look, from Friday onwards, items on the BBC. I called for Matt Hancock to go.” 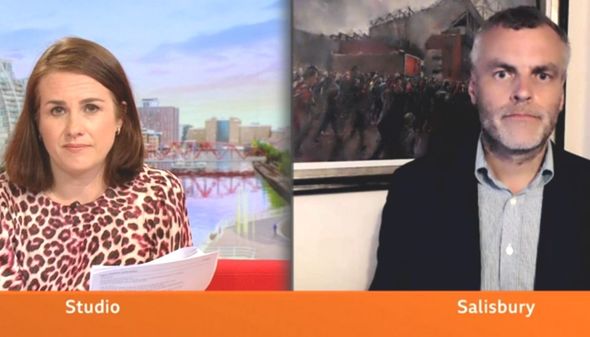 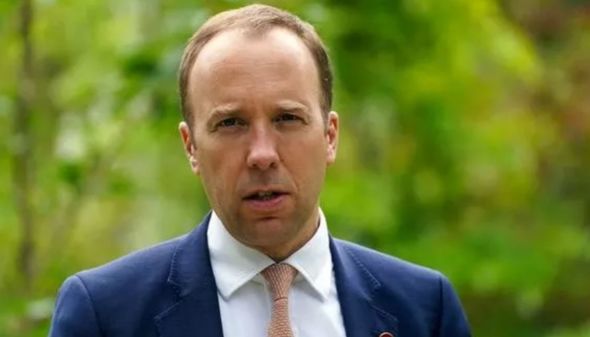 He continued: “I think he did make a big mistake in contravening the rules he helped design and yes, lots of people have made a sacrifice.

“All these young people who were told by Matt Hancock not to pursue relationships in the way that they normally would and yet he was pursuing on of his own.

“So, of course, he had to resign but I thought it was perfectly appropriate for him to pay a tribute to the NHS staff in the way that he did.

“Yes, he has made mistakes like every Health Minister, like every Government in the world but Britain has the most successful rollout.

On Saturday Hancock resigned through a signed, headed letter addressed to the Prime Minister.

The letter read: “Dear Prime Minister, I am writing to resign as Secretary of State for Health and Social Care.

“We have worked so hard as a country to fight the pandemic. The last thing I would want is for my private life to distract attention from the single-minded focus that is leading us out of this crisis.

“I want to reiterate my apology for breaking the guidance and apologise to my family and loved ones for putting them through this. I also need to be with my children at this time.”

It continued: “We owe it to the people who have sacrificed so much in this pandemic to be honest when we have let them down, as I have done by breaching the guidance.”

“The NHS is the best gift a nation has ever given itself, and the dedication and courage of the NHS staff and the ceaseless work of the officials in the Department is something we should all be proud of.

“We didn’t get every decision right but I know people understand how hard it is to deal with the unknown, making the difficult trade-offs between freedom, prosperity and health that we have faced.

“I am so proud that Britain avoided the catastrophe of an overwhelmed NHS and that through foresight and brilliant science we have led the world in the vaccination effort, so we stand on the brink of a return to normality.”

“The reforms we have started in the health system will ensure it continues to provide even better care for people in years to come,” the letter added.

“We are building a better NHS which makes smarter use of technology and data, forming a new UK Health Security Agency, delivering positive changes to mental health care and will fix the problems in social care once and for all.”

Addressing the reasons he felt compelled to step down, he concluded: “Many times I stood in the podium in Downing Street and thanked the team – my own team, the NHS, the volunteers, the Armed Services, our pharmacists, GPs, the pharmaceutical industry and the whole British public who have made such sacrifices to help others.

“Those thanks are heartfelt and sincere so I must resign.  It has been the honour of my life to serve in your Cabinet as Secretary of State and I am incredibly proud of what we have achieved.

“I will of course continue to support you in whatever way I can from the backbenches, and I would like to thank you for your unwavering support, your leadership and your optimism, particularly as we worked together to overcome this awful disease.”

BBC Breakfast airs weekdays at 6am on BBC One.