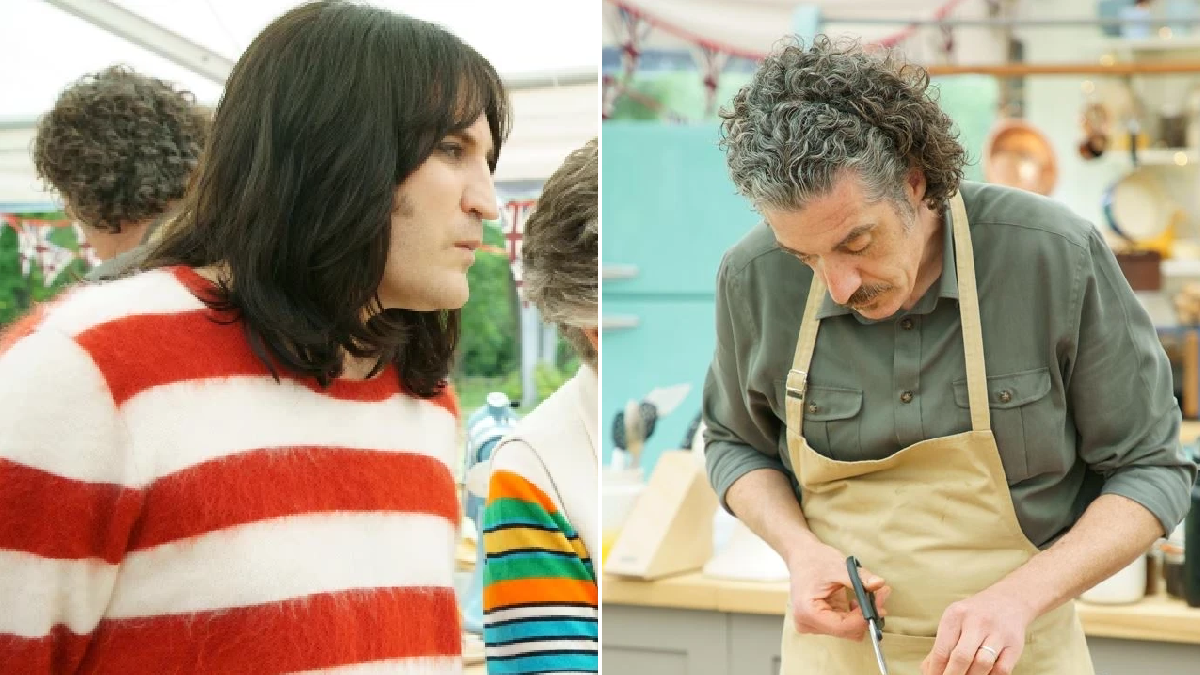 Shortly after Paul Hollywood had awarded the Italian contestant a coveted Hollywood handshake, presenter Noel went over to see how he was getting on with his technical challenge.

As Giuseppe got to grips with making breadsticks, he saw the host approaching and cried out: ‘Hello Neil!’

‘Noel!’ Giuseppe realised, before thanking the presenter for correcting him.

‘I thought we were close,’ a defeated Noel said. ‘I’m heartbroken… You know my real name’s Giuseppe?’

Giuseppe later walked away from the tent with the star baker accolade while amateur baker Rochica became the third contestant to leave after a few unsuccessful attempts in bread week.

After the elimination, Rochica said: ‘I have really, really enjoyed it and not everybody gets to bake in the Bake Off tent so I’m proud of where I’ve got to and I’m just going to keep baking, just don’t do anything till that time.’

This evening’s scenes saw the 10 contestants attempt to prove their ability to the judges by creating a perfectly baked focaccia in the signature, 15 even breadsticks in the technical and a themed, milk bread showstopper.

Jurgen from Sussex, who had clinched the star baker title for the last two weeks, struggled slightly this week but saved himself with his creche and child-themed bread scene – which was filled with chocolate and vanilla mousseline.

Great British Bake Off airs Tuesdays at 8pm on Channel 4.