The 13 new contestants have been whittled down to just seven on Great British Bake Off 2019 so far following a shock double elimination last week. Channel 4 viewers witnessed each of the bakers took part in cake week in week one with Dan the unfortunate baker to leave. Week two claimed Jamie as the second evictee while the third saw the gang say goodbye to Amelia with a few others following soon after. However, it tends to be the stars’ clothes which have continued to catch the attention of a handful of fans. Express.co.uk exclusively spoke to Bake Off finalist Kim-Joy to find out.

Why do Bake Off contestants wear the same clothes?

Every episode of the Great British Bake Off takes place over the course of two days.

Over the two days, GBBO contestants take part in three challenges: the signature, the technical and the showstopper

With the exception of the Bake Off 2019 premiere, each episode runs for approximately an hour to one hour and 15 minutes. 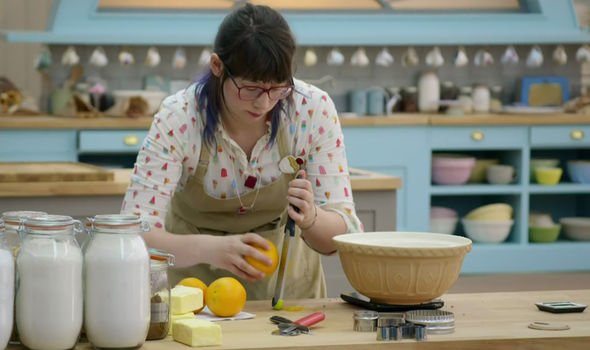 As there’s so much footage to cram into one programme, continuity is key and it’s this reason why finalist Kim-Joy thinks she had to wear the same clothes in the Bake Off tent.

Kim-Joy told Express.co.uk: “I know that we have to wear the same outfits but I don’t know the actual reason why (but) I’ve heard lots of different reasons.

“It’s nice for continuity to have everyone in the same thing. 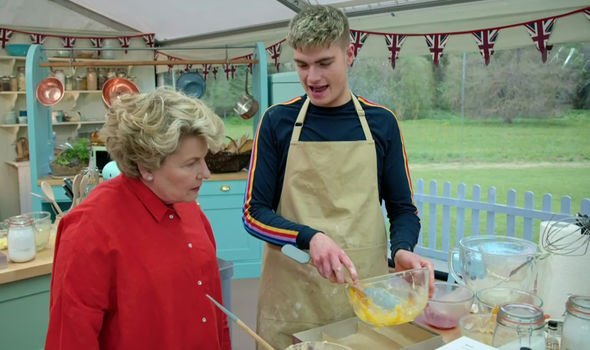 “It’s easier for people to see who you are, I guess, it’s the most logical answer for it.”

The Bake Off 2018 star also feels it’s a useful tool to familiarise viewers with the bakers.

She added: “Especially in the first few weeks there are so many people, it’s easier because you identify people with their clothes a lot of the time.”

Discussing more of what fans don’t see off-camera when Bake Off roles around every year, Kim-Joy also touched on the show’s aftercare process. 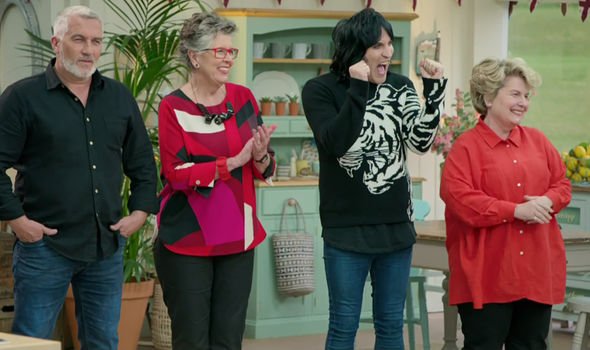 Aftercare has been a much-talked-about topic in TV this year and the Bake Off star says Channel 4 was “very helpful”.

“They look after you a lot and call you,” Kim-Joy said.

The baker added: “We had support like throughout the show being aired so had like a catch up every so often which was very helpful just to get things into perspective and stuff like that.” 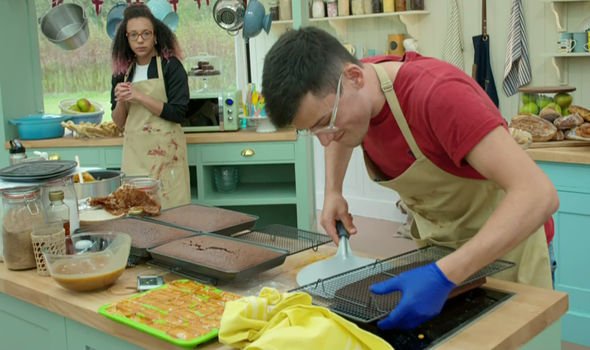 Back on-screen, Kim-Joy also revealed who she’s tipping to be a success in the Bake Off tent this year.

She revealed: “Just for fun, I wrote down some who I thought, ‘okay you guys are gonna do really well,’

“I think one of the youngest guys, Henry – Henry’s bakes look amazing and he’s only 20!

“To be that good at that age, I think he could do well but he’s quite young so who knows.

“I thought Rosie (also) seemed good, they all looked good! I’m rooting for them all and you never what’s going to happen because it all depends on how well they work under pressure as well. I’m just looking forward to watching it.”

Fans can subscribe to Netflix to watch Kim-Joy in action in last year’s Bake Off and all the seasons before that.

The Great British Bake Off 2019 continues on Tuesday at 8pm on Channel 4.

Kim-Joy’s new cookbook, Baking with Kim-Joy, is available to buy on Amazon here.