She will join Kelly Clarkson, John Legend and Blake Shelton 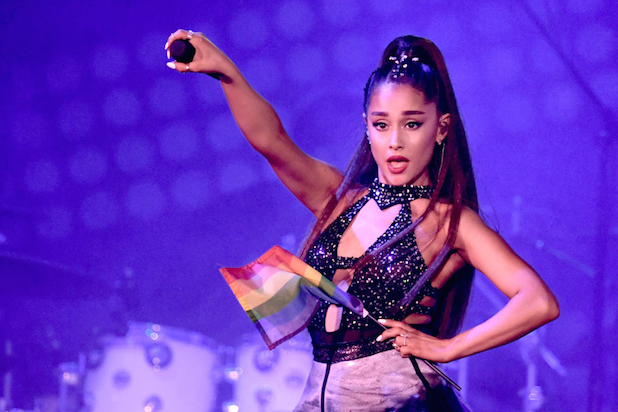 Ariana Grande is joining “The Voice” as a coach for the NBC singing competition’s upcoming Season 21.

She will be taking the slot which is occupied by Nick Jonas on the currently airing Season 20, and joining fellow coaches Kelly Clarkson, John Legend and Blake Shelton for the fall cycle.

“I’m so honored and excited to join ‘The Voice’ family! I have been a huge fan of the show for such a long time,” Grande said in a statement. “I can’t wait to go head-to-head with the incredible coaches, get to know these new artists and help to take their craft to the next level.”

“As an undeniable force in pop music, Ariana’s inimitable success in the music industry is extraordinary,” Jenny Groom, executive vice president of unscripted content for NBCUniversal Television and Streaming, said. “We were thrilled to learn that she is a true fan of ‘The Voice’ and know that this enthusiasm will add to her impact as a dynamic coach. Ariana is a visionary with over a decade of experience in the music industry. Her unmatched vocal skills, creativity and unique expertise on all facets of the industry will make her an invaluable coach to the next generation of artists.”

“The Voice” was created by John de Mol, who serves as an executive producer along with Mark Burnett, Audrey Morrissey, Amanda Zucker, Kyra Thompson and Adam H. Sher. The series is produced by MGM Television, Warner Bros. Unscripted Television in association with Warner Horizon, and ITV Studios The Voice USA, Inc.