The series has already received mixed reviews. But when was it released? What is it all about and who stars in it? Here's everything you need to know.

When is Schmigadoon! being released?

Schmigadoon! has already dropped on Apple TV Plus.

The first two episodes of the six-part series were released worldwide this Friday, July 16, 2021.

This will be the only time viewers will be treated to a double bill as subsequent episodes will, from now on, be revealed one by one every Friday.

The series finale is scheduled to air on Apple TV Plus the following week, on August 13, 2021. 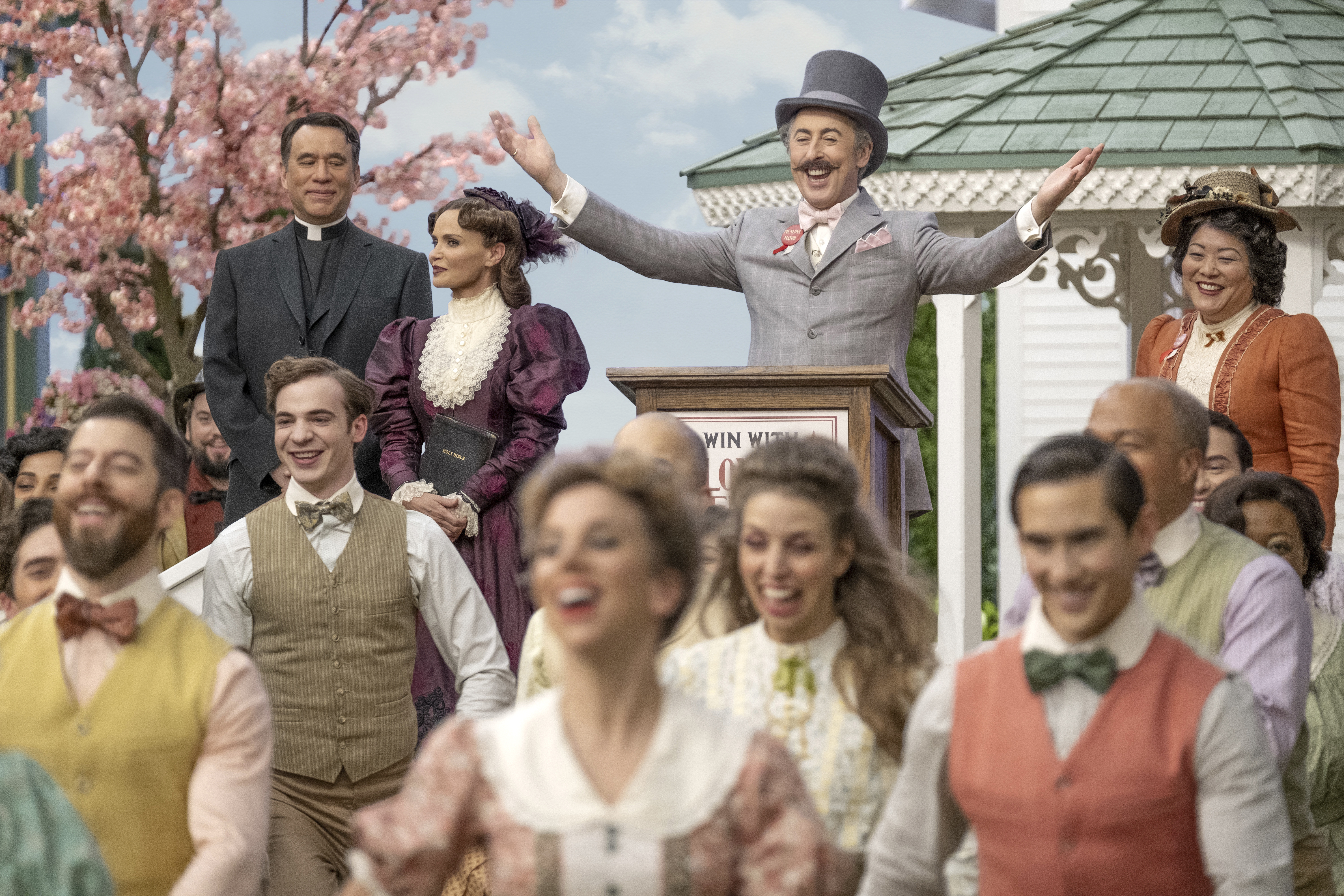 What is Schmigadoon! about?

The premise of Schmigadoon! sees a couple, Melissa and Josh, going on a backpacking trip in an attempt to patch up their failing relationship.

The escapade proves to be unsuccessful as they still find themselves arguing.

That is until they discover a magical town – called Schmigadoon – permanently trapped in a colourful 1940s musical.

Melissa and Josh quickly find out they won't be able to escape the town until they find "true love."

The show is set to act as a parody of Golden-Age style musicals as its title takes direct inspiration from 1947's Brigadoon, made famous on Broadway. 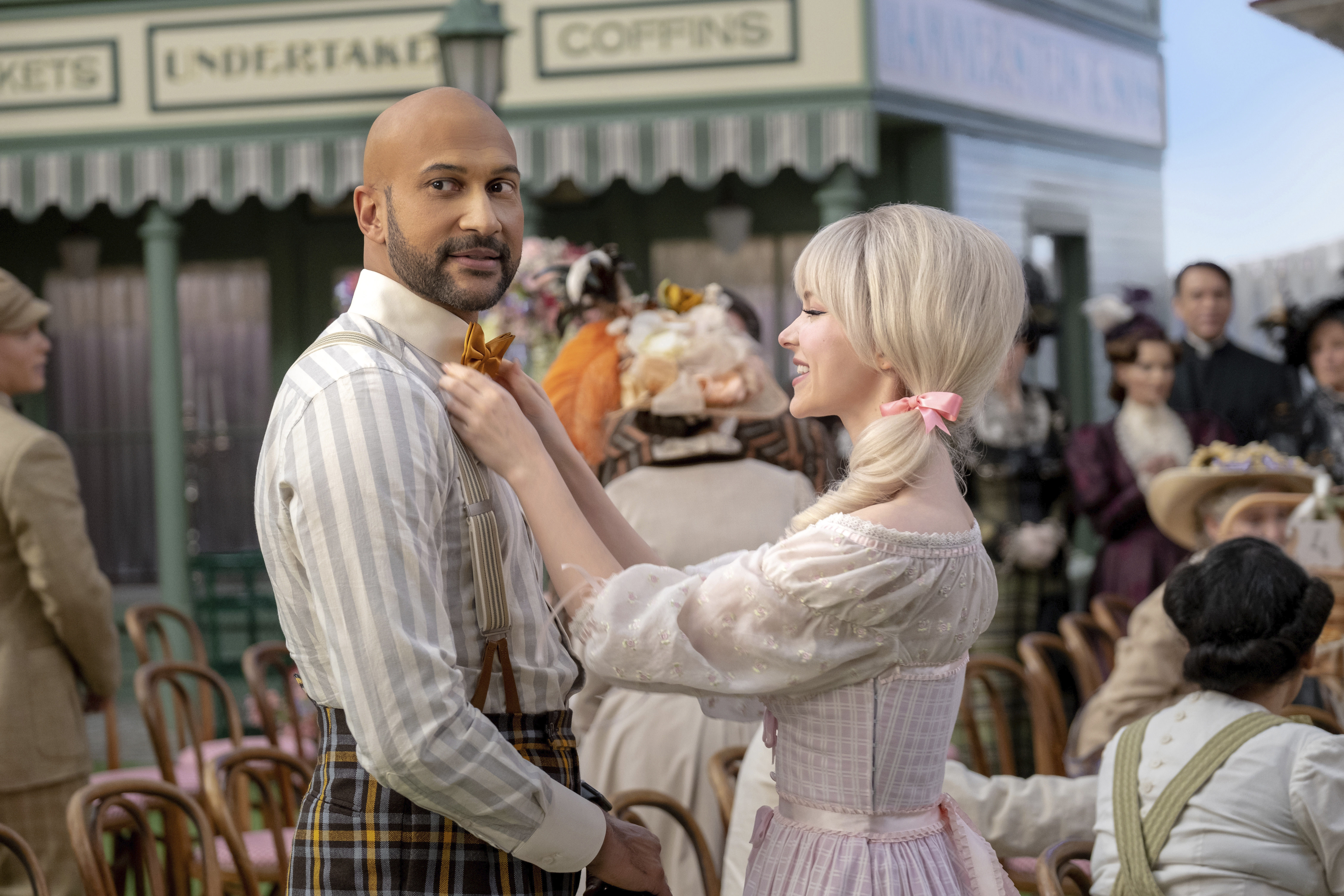 Who is in the cast?

Schmigadoon! features a star-studded cast which includes many familiar faces.

Here's who viewers can expect to see in the Apple TV Plus show. 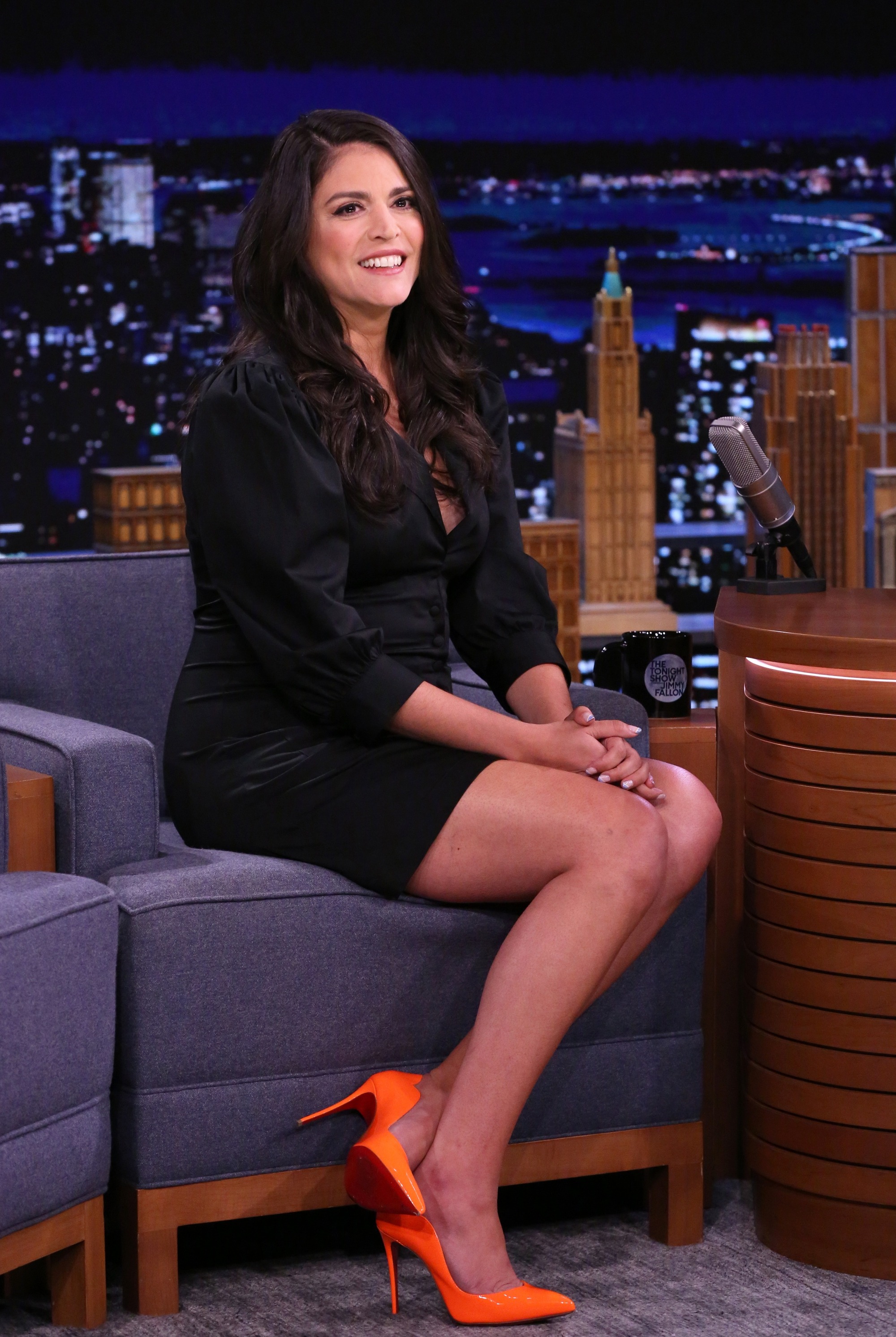 The Saturday Night Live star takes on the role of Melissa Gimble, half of the couple lost in Schmigadoon.

Her other works include the 2016 film Ghostbusters and her voice acting in the animated adult comedy show The Awesomes.

She has been used to performing during her early career and was even a member of the all-female improv troupe Virgin Daiquiri. 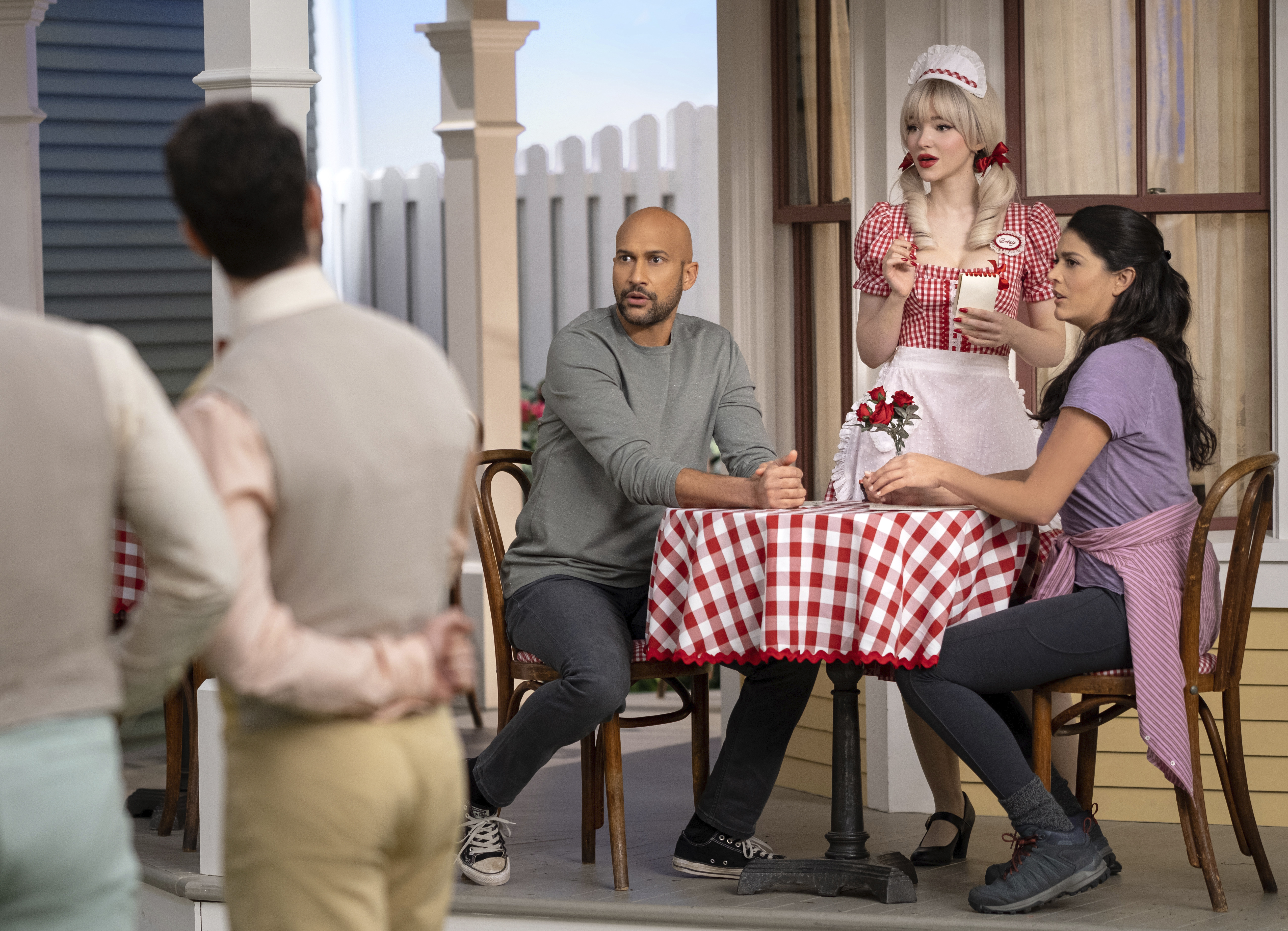 Revealed to the public by his recurring role in Parks and Recreation from 2013 to 2015, Keegan is now taking on the lead role of Josh Skinner in Schmigadoon!

His CV is impressive as he has accumulated many TV appearances before and after his big break.

As the co-creator of Comedy Central's Key & Peele, he starred in the show alongside Jordan Peele for three years.

Keegan was also a cast member on Mad TV during six seasons.

Aside from the small and silver screens, he has also provided voice work for The Lego Movie, Hotel Transylvania and Toy Story 4, among many others. 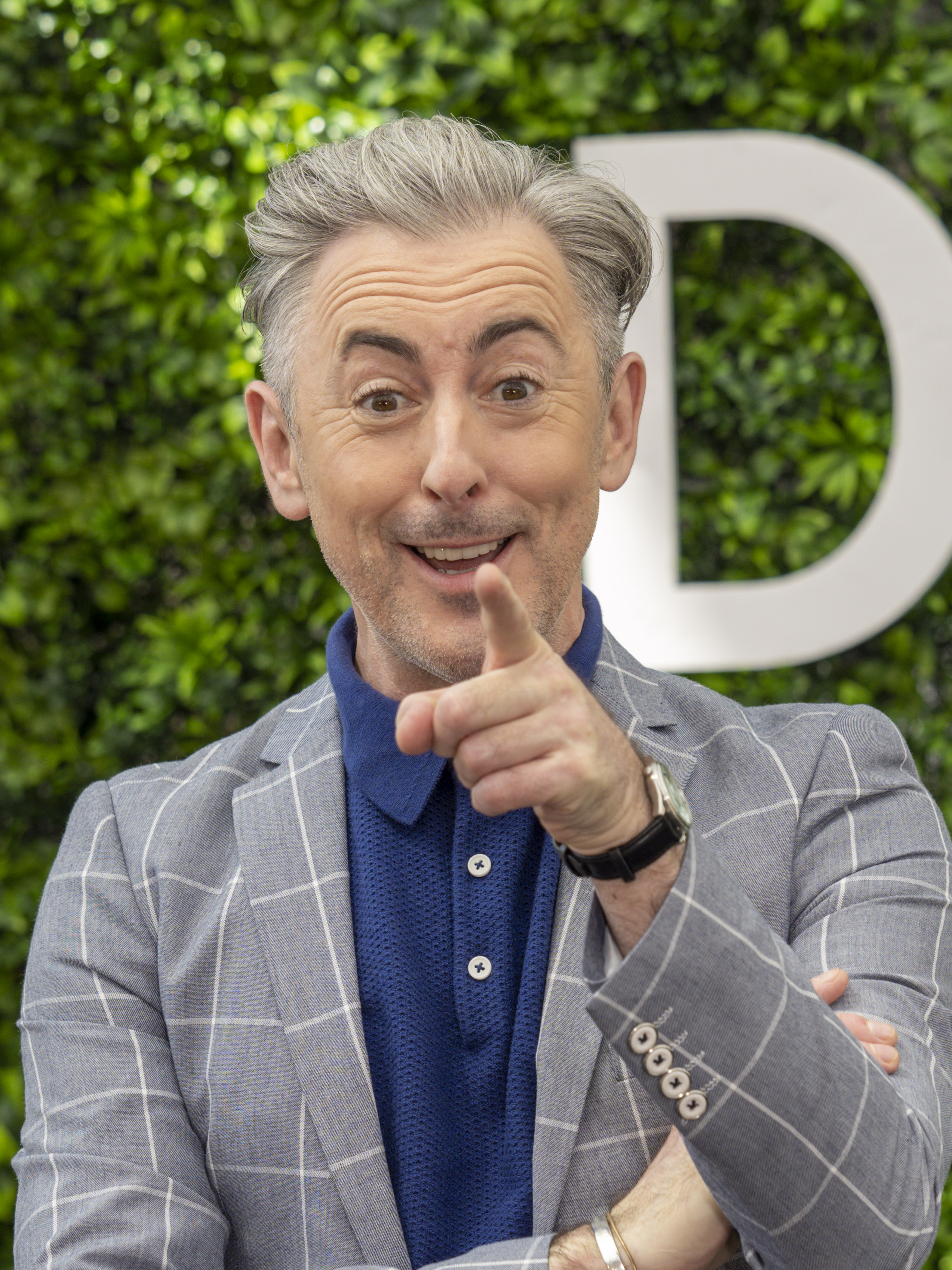 Alan bagged the role of Mayor Aloysius Menlove on Schmigadoon!

The Scottish actor is perhaps best known for his work on stage and on the big screen.

He has been seen in many movies such as in the Spy Kids trilogy, GoldenEye and Son of the Mask.

Alan also appeared on The Good Wife as Eli Gold. He was nominated for three Primetime Emmy Awards, two Screen Actors Guild Awards, two Golden Globes and a Satellite Award for his role. 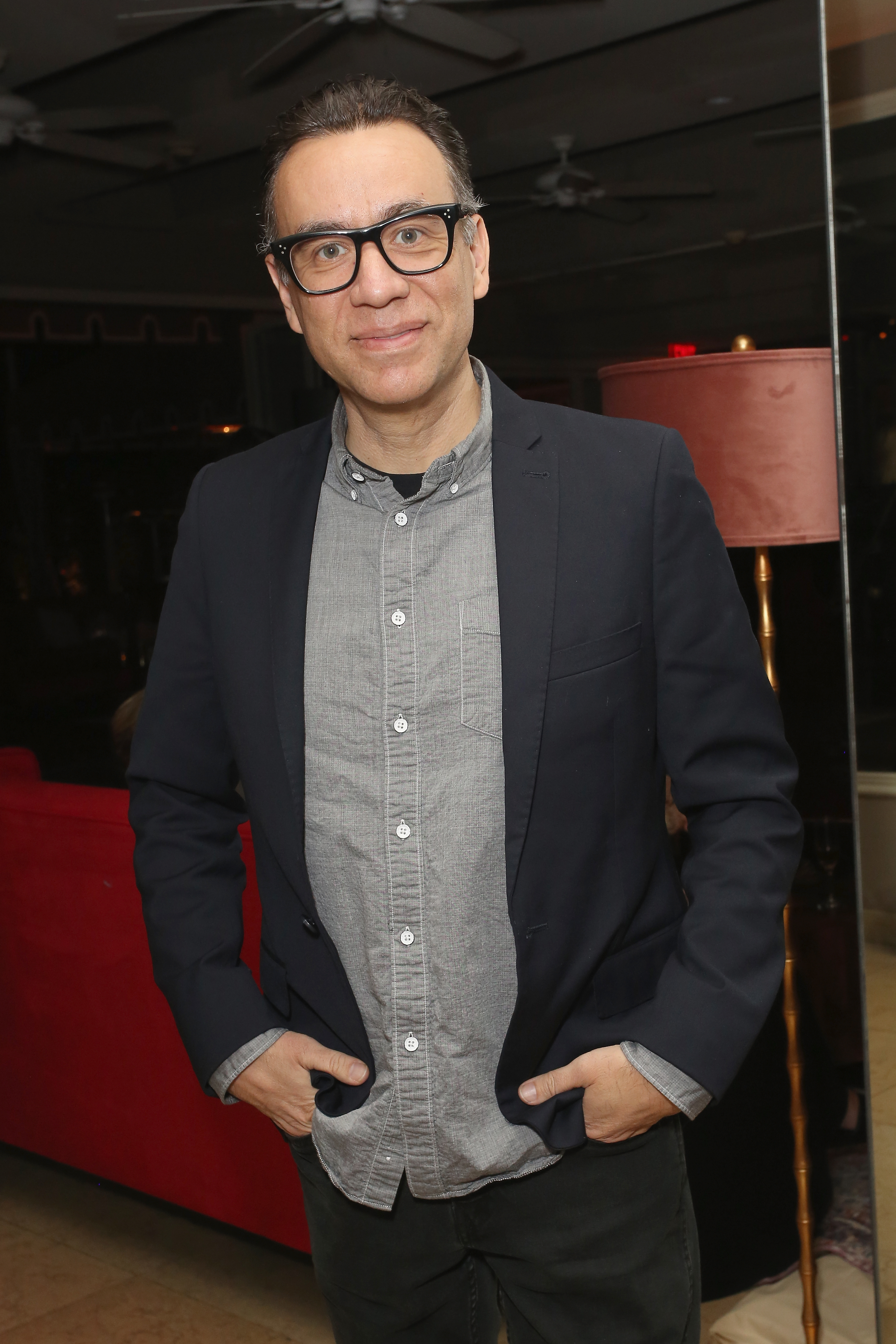 Fred slips into the shoes of Reverend Howard Layton. Known to be Natasha Lyonne's partner, he is also a very successful actor, writer and producer.

He has had a recurring voice role in Netflix's Big Mouth since 2017 and is the band leader and frequent drummer of the Late Night with Seth Meyers band, the 8G Band.

His work also includes appearances in many movies in the likes of Eurotrip, Baby Mama and Easy A. He has also been seen in shows like Brooklyn Nine-Nine, Parks and Recreation, New Girl and Unbreakable KImmy Schmidt, among other projects. 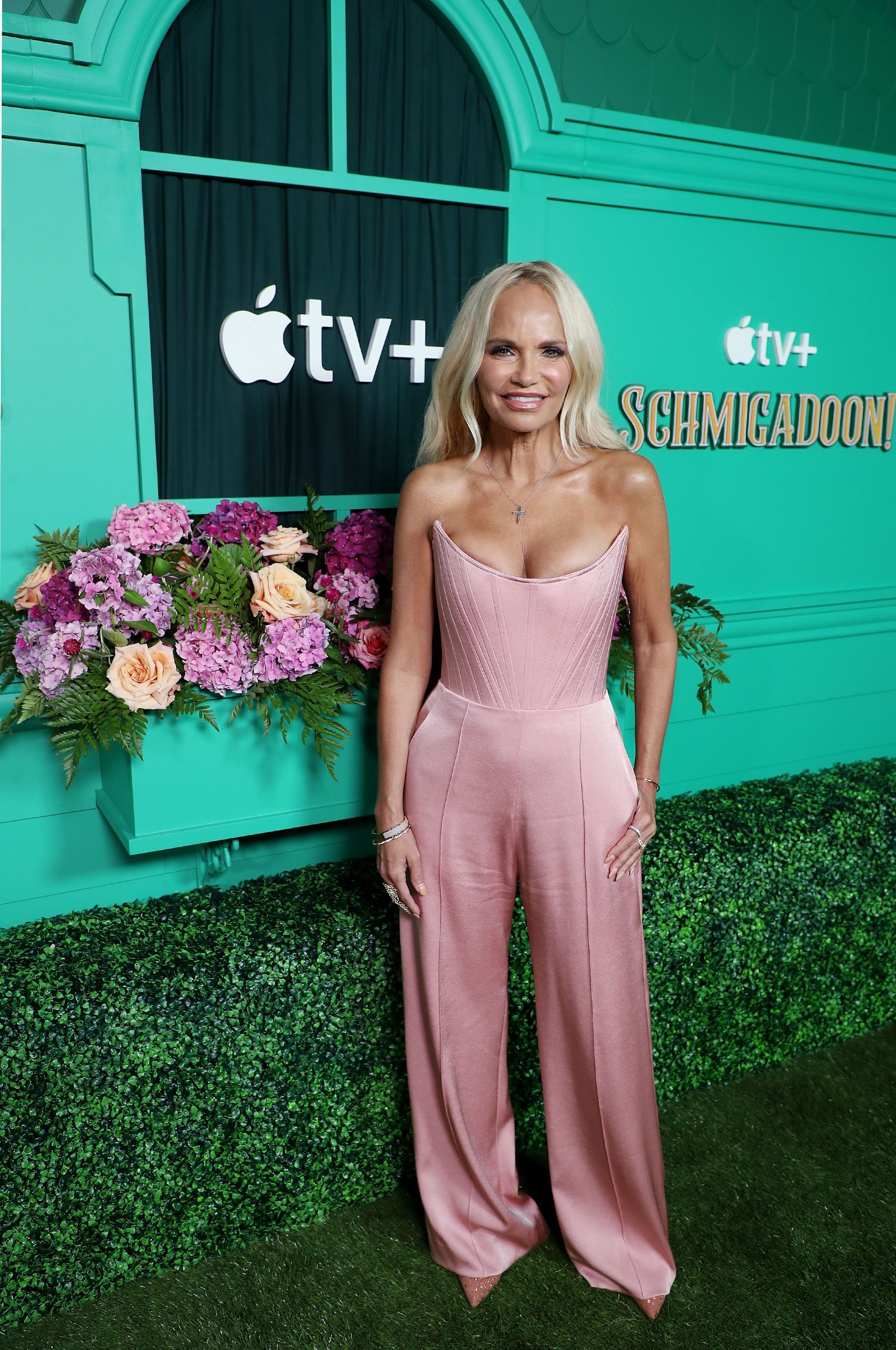 Stage musical stalwart Kristin will appear in the role of Mildred Layton.

Her career kicked of at the end of the 1990's and she won a Tony Award, in 1999, for her performance as Sally Brown in You're a Good Man, Charlie Brown on Broadway.

Some may recognise her from her appearances on The West Wing and Pushing Daisies.

She has also had minor roles in movies such as Bewitched and The Pink Panther in 2005 and 2006. 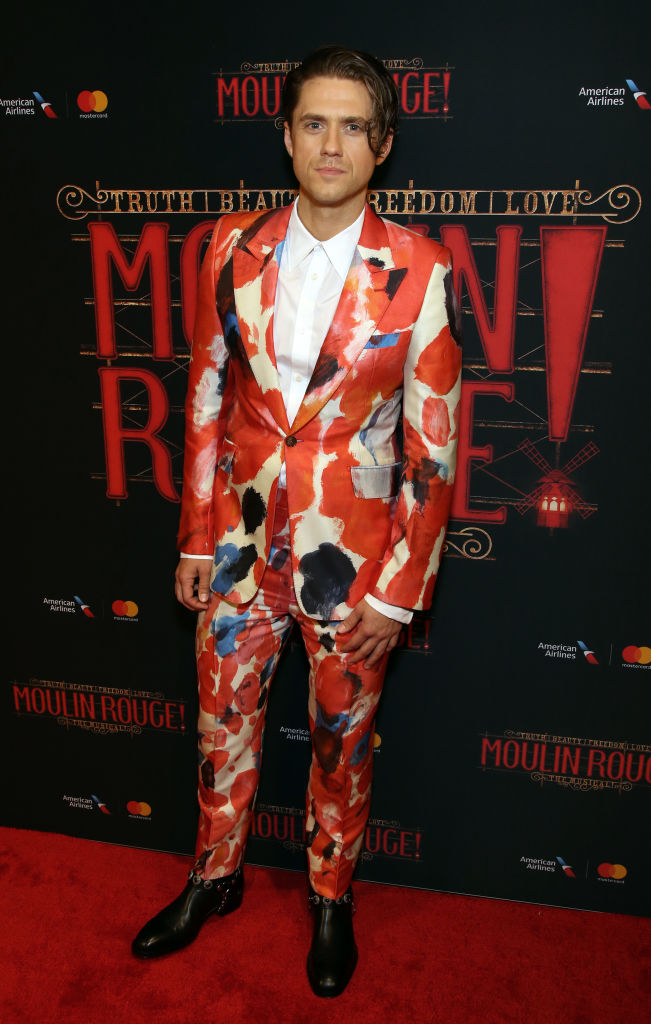 Aaron will be Schmigadoon's Danny Bailey. Known as Tripp van der Bilt on Gossip Girl, he was mainly made famous by his work on stage.

He has portrayed Gabe in Next to Normal and Frank Abagnale Jr. in the musical version of Catch Me If You Can.

He also notably received a Tony Award in 2020 for the role of Christian in Moulin Rouge! 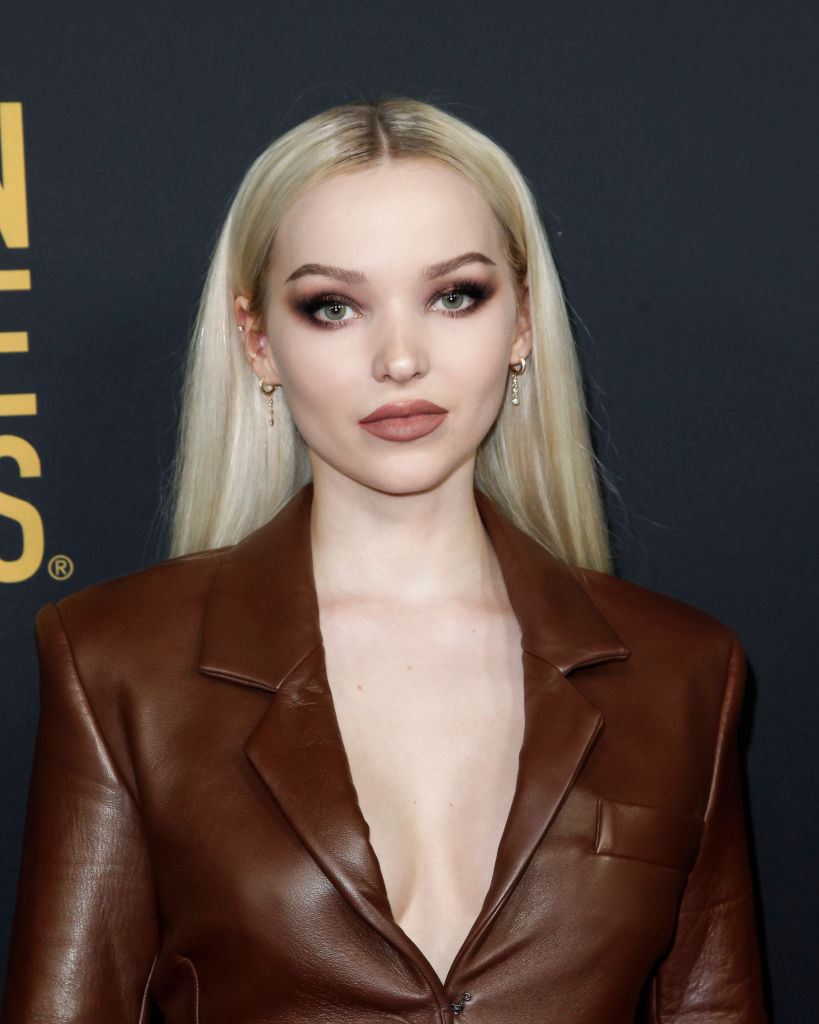 The 25-year-old actress and singer has been given the role of Betsy McDonough.

She is most famous for playing the dual title role in the Disney channel series Liv and Maddie.

Dove was also Mal in The Descendants films. 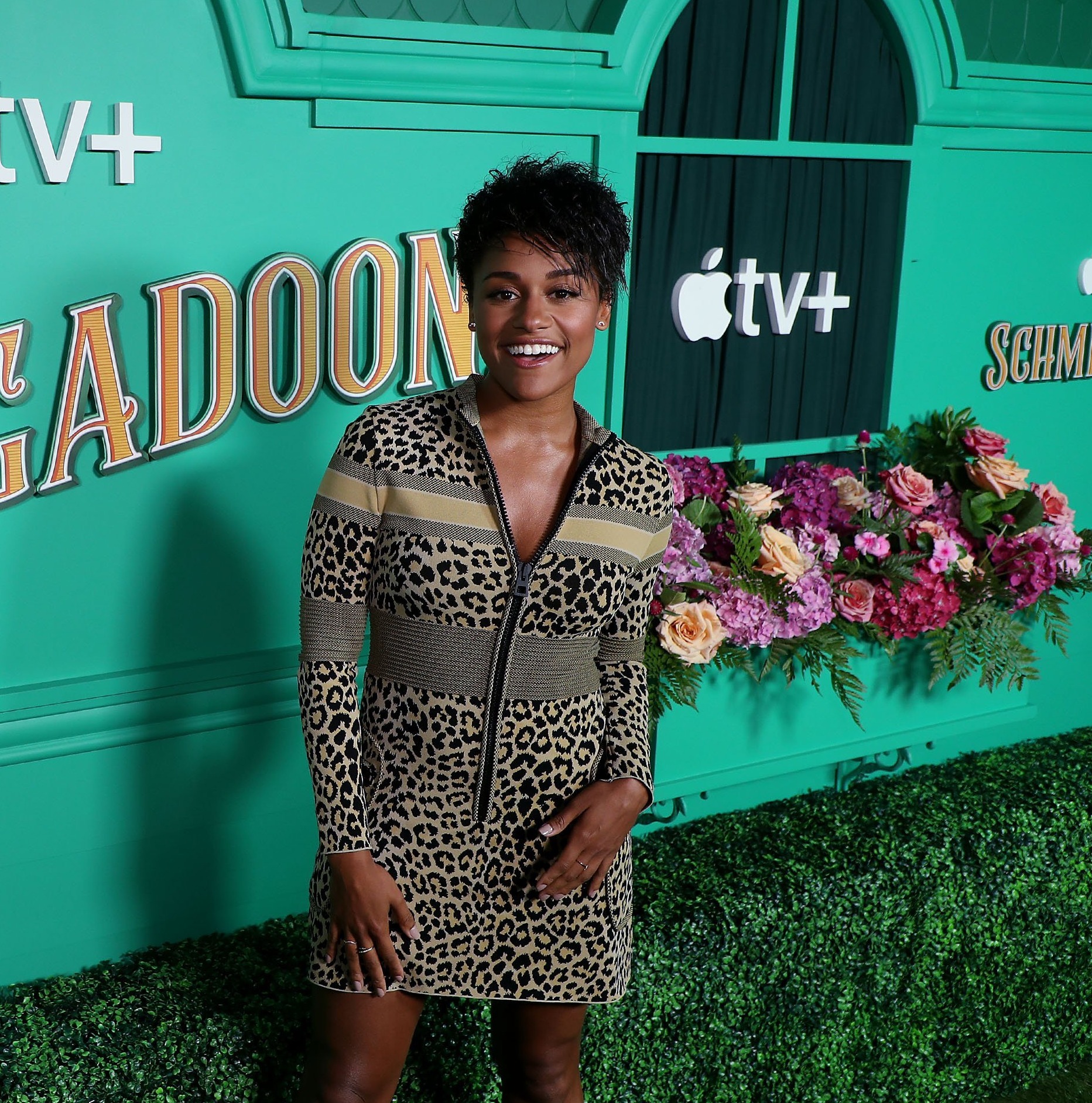 She will portray Emma Tate in Schmigadoon!

An actress, singer and dancer, Ariana is known for her work on stage, on the big screen and in So You Think You Can Dance.

She appeared in Hamilton as The Bullet and as Alyssa Greene in Netflix's The Prom, which was directed by Ryan Murphy. 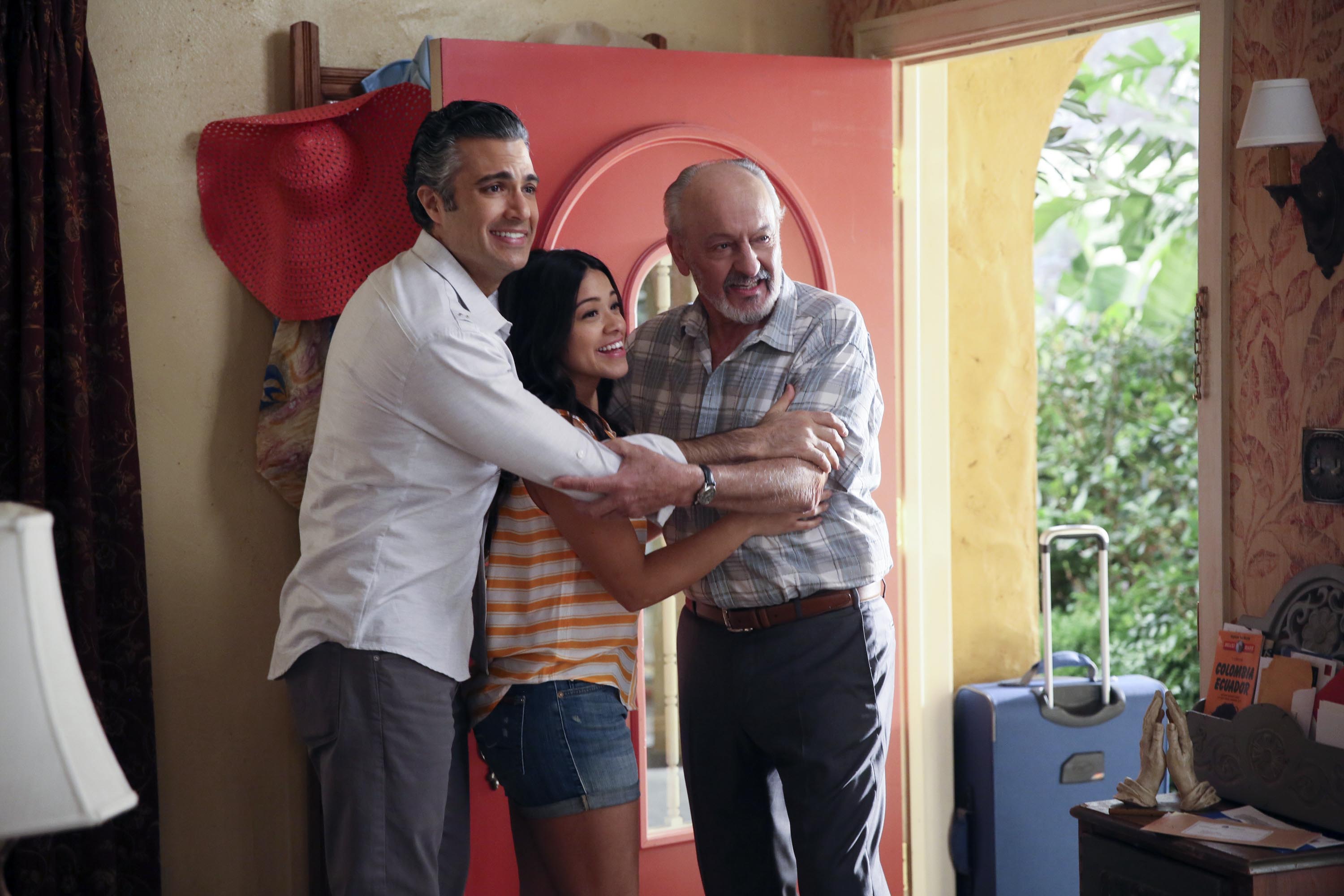 Before appearing in Schmigadoon! as Doc Lopez, Jaime has gained worldwide recognition as Jane Villanueva's biological and estranged (although stylish and flamboyant) father, Rogelio de la Vega, on Jane The Virgin. 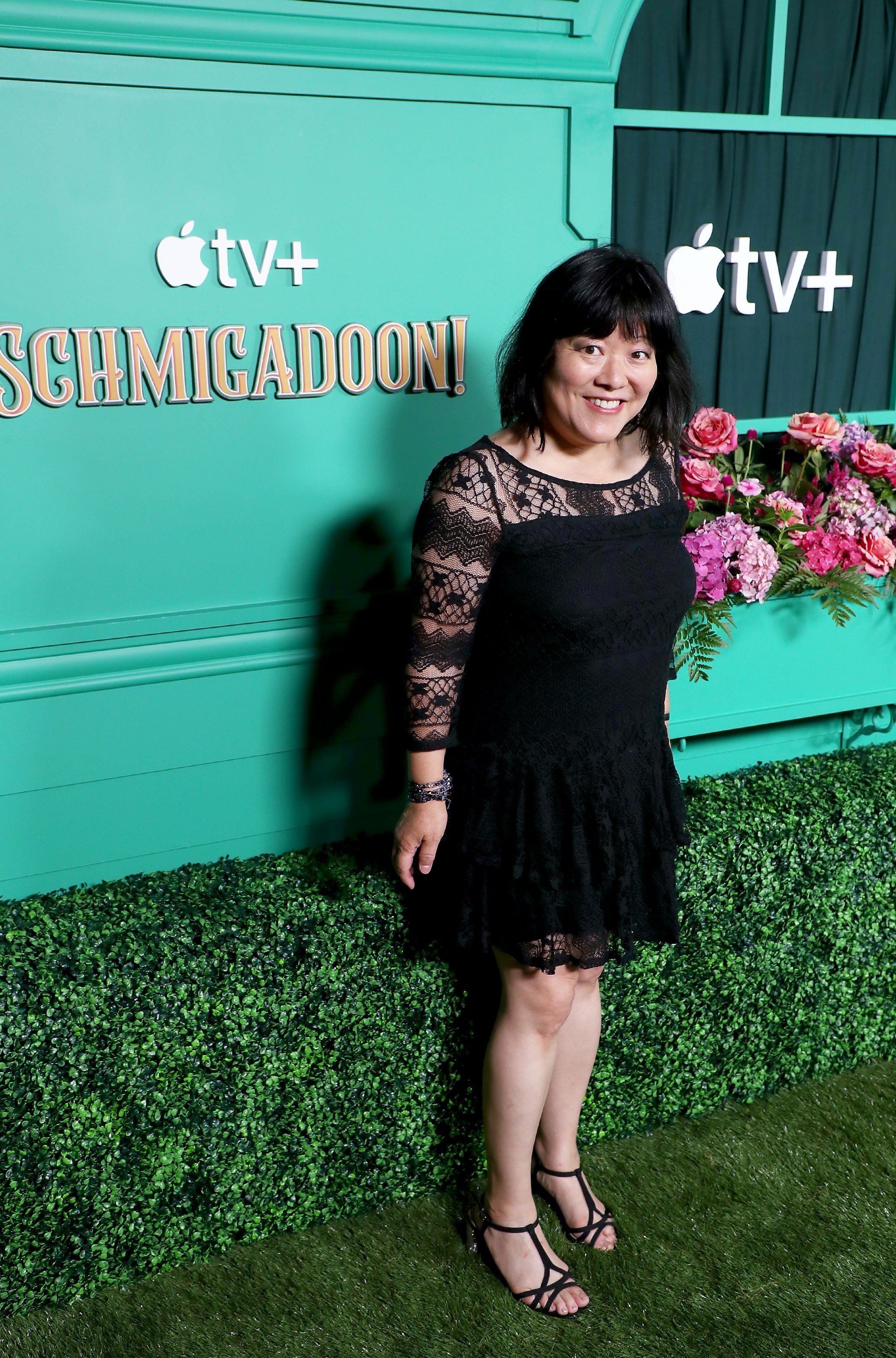 Ann will appear as Florence Menlove in the Apple TV Plus series.

She is best known for her role in the musical Avenue Q.

How can I watch it?

As mentioned above, Schmigadoon! was made available worldwide this Friday, July 16, 2021 on Apple TV Plus.

It is therefore available in over 100 countries, including Canada, Australia, the US and the UK.

For now, the show is only available on Apple TV Plus.