Antiques Roadshow star Marc was on hand to help a guest, who had brought along the police helmet which had belonged to their late father. The connection to The Beatles was explained as the daughter of the former police officer said Lennon wore the security headgear when the band were performing at the Birmingham Hippodrome in 1963. However, it seems the BBC show expert thought the headpiece was worth a lot more because it was worn by the iconic music legend.

The guest told Marc: “They had to get them through the screaming girls and they didn’t know quite how they were going to do it.

“The sergeant had the wonderful idea of, why don’t you put helmets on them and make them look like policemen and we’ll get them through the girls.

“John Lennon wore my father’s helmet. The paparazzi were out and took pictures. They took them into the theatre without any problems.”

Expert Marc said: “It’s a story that’s gone down in pop legend really and we’re talking about the height of Beatlemania here.”

“What was wonderful was that the Beatles were so easygoing at that time when it was so much fun,” the daughter of the late police officer added. 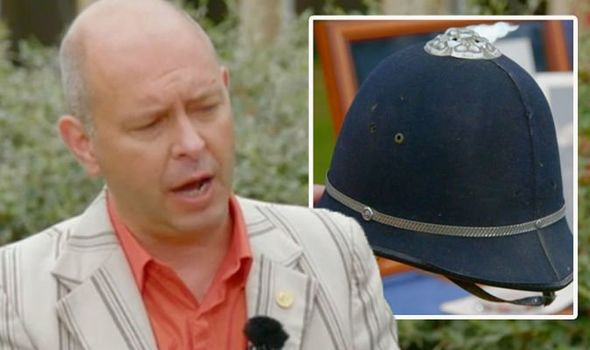 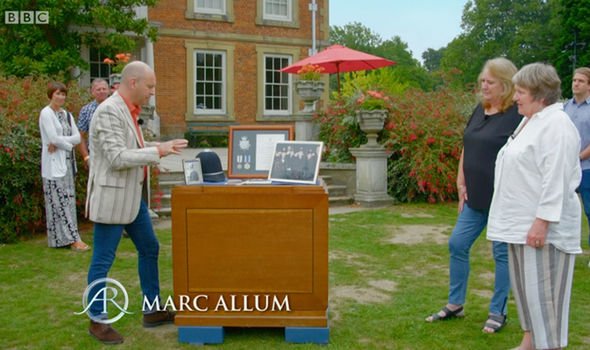 “My father told us they were great company and the inspector who was in charge of them invited them round for tea,” she explained.

Astonished by the story behind the helmet, the expert said: “This is an object with a great deal of provenance.

“Here we have John Lennon in the middle doing the policeman salute,” he continued, referring to a picture on show.

“This is the actual helmet in that photograph on John Lennon’s head,” Marc added, excited by the prospect about how much it would be valued. 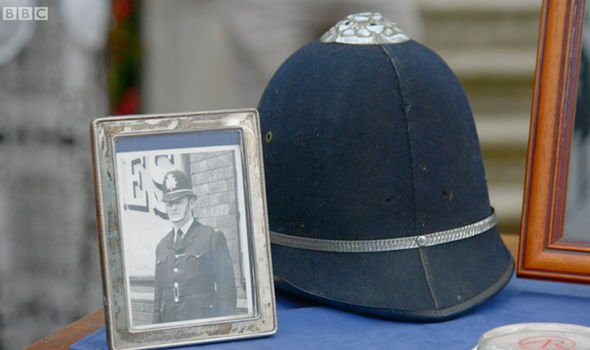 It has a bit of John Lennon DNA on it

“I can’t help feeling this helmet has a bit of John Lennon DNA on it and that’s what makes it so special,” the expert declared.

“It’s a really difficult one, collecting Beatles memorabilia is still a really hot area,” he added, explaining there is a lot out there, possibly curtailing the value of the relic.

Having analysed the piece with great depth, the Antiques Roadshow star then declared how much he thinks the helmet would be bought for.

“I know you’re unlikely to sell it but I’m going to have a go at putting a good value on it because I think if this came up at a pop and rock memorabilia auction, it would go for between £5,000-8,000.”

The guest was quite happy with the news and those watching the scenes unfold at home took to Twitter to voice their own comments.

One viewer wrote on Twitter: “If that helmet has John Lennon’s DNA on it, it will need a good clean before it goes to auction #antiquesroadshow.”

Whilst a fourth commented on the social media platform: “I never thought Lennon’s helmet would be on the show #antiquesroadshow.”

This episode was the first to air with coronavirus safety measures in place as the experts and guests were seen standing two meters apart from one another.

Explaining the changes to the show, host Fiona Bruce, 56 said: “Rather than have 5,000 people turn up, we have asked people to write in about the articles they’ve got, then gone through that list.

“We generally film about 70 objects and get two programmes out of that.

“We invite people to come along and they bring their families or the people they bubble with, so in one sense there will still be a crowd,” she told Radio Times.

Antiques Roadshow continues Sunday at 8pm on BBC One.