The Chase: Team push Anne Hegerty back in final chase

Anne, also known as The Governess, is a familiar face on ITV game show, The Chase, which is hosted by Bradley Walsh. She, among the other Chasers – Mark Labbett, Jenny Ryan, Darragh Ellis, Shaun Wallace and Paul Sinha – have become firm favourites with ITV viewers. However, more recently Anne has branched out with her very own quiz show titled Britain’s Biggest Celebrity Family. In an exclusive interview with Express.co.uk, Anne spoke about what it was like to be the main focus of the show as well as the struggles she has faced during filming.

Last week Anne was back on ITV to present the celebrity version of her game show, Britain’s Brightest Family.

The series sees eight celebrity families battling it out against each other in the hope of winning £25,000 for their chosen charity.

The famous faces taking part in the upcoming series with their families include Vanessa Feltz, Matthew Wright and Joe Pasquale. 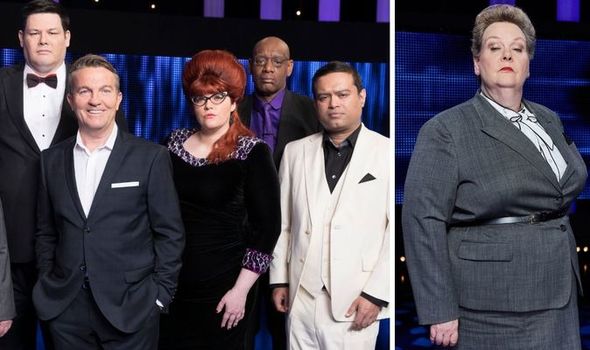 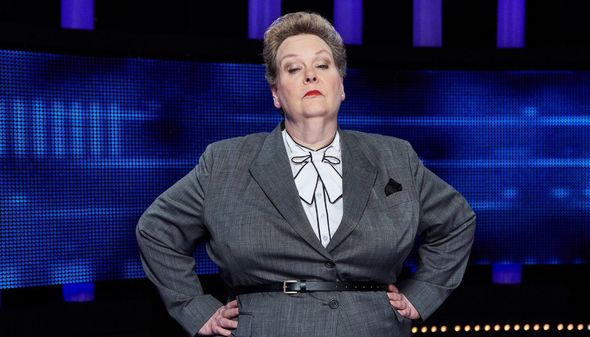 Speaking to Express.co.uk and other press about going solo, Anne began: “I’m loving it. I mean, partly because I’ve been watching Brad for such a long time, so I’ve sort of seen how he deals with contestants and how he can read the autocue.

“It’s nice not being on someone else’s timetable. It’s nice that you don’t get people saying ‘Oh hurry up hurry up because so and so has got something else they need to be doing’.

“And it’s nice that I’m the person who gets asked ‘Do you want to take a little bit longer to do something or other are you ready to do this?’

“It all revolves around me which is the way it should be.” 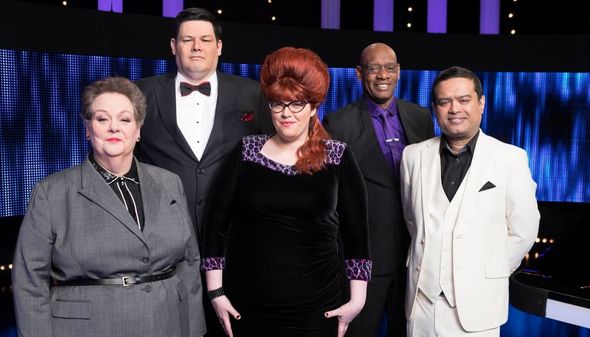 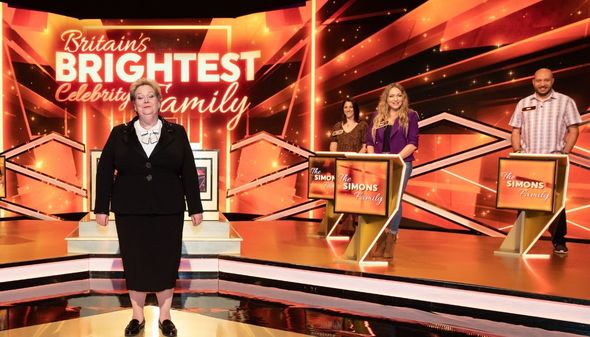 Despite taking the reins for Britain’s Brightest Family, it hasn’t all be plain sailing for The Governess, who admitted to struggling with certain aspects of hosting.

She continued: “There are such a lot of things to bear in mind when you’re presenting a game show.

“The final round, for example, is a speed round. And just simply trying to remember to keep the speed up and give everyone a chance to get as many questions in as possible, so I try and do that.

“But we haven’t quite worked out what happens if I stumble – you know, should I just keep going? Should I stop?

“I’m not yet really quite clear about that. It has definitely been a learning curve.”

Anne went on to add that she is also struggling with some technical aspects of being a host, including having an earpiece.

“We have a thing called a wizzy,” she added. “Which is very tiny little wireless headphones that go in your ear.

“Yes, there are times when I still forget to put my wizzy in, which is just such a rookie mistake.

“I hadn’t realised how much the director talks to you [in your ear] because as Chasers we don’t see the director.

“The director is the guy behind the cameras, telling the cameraman what to do. And I didn’t realise how much he talks to Bradley, because we really don’t encounter him at all.”

On Thursday, Craig Charles and former soap star Rita Simons will take part in the knockout tournament, hoping to win £25,000 for their chosen charity.

Each round will see the celebs attempting to answer as many general knowledge questions fired at them by Anne.

By the end, one team will be crowned the winners and will be put forward to the semi-final.