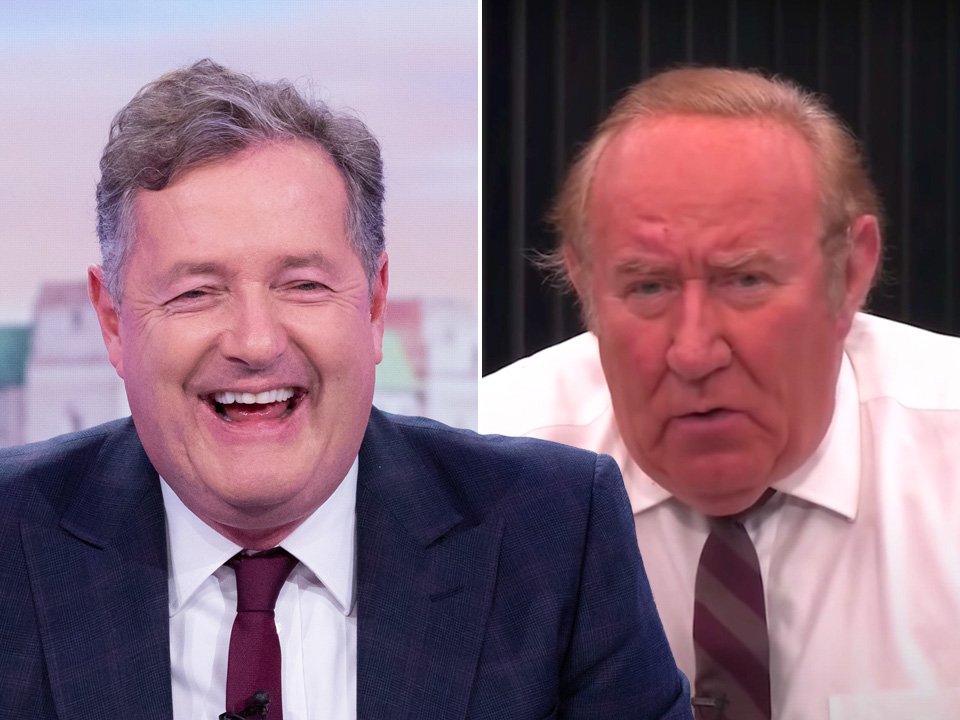 Andrew Neil has shared some wise words for Piers Morgan, who is about to return with his own show – don’t do what he did.

Just three months after launching GB News, Neil, the channel’s chair, quit last month. Prior to his official resignation, he just spent two weeks on air before fleeing the country to spend the summer in France following countless technical issues and difficulties which were, by his own admission, humiliating.

Morgan – who quit Good Morning Britain back in March – finally announced he was reuniting with Rupert Murdoch and his first big TV venture will be launching over the coming months on News UK, the mogul’s new channel launching both online and on television.

While GB News didn’t quite take off as Neil had imagined, he’s kindly given Morgan some advice.

‘Study my career over the past eight months, and then drive in the opposite direction,’ he quipped to the Financial Times.

‘Take the fastest car you can get. Don’t even look in the rear-view mirror, just go!’

Neil essentially left via the backdoor of the BBC after 25 years at the broadcaster when The Andrew Neil Show was first suspended and then axed in 2020 during the pandemic.

Subsequently he found himself approached by both David Rhodes – hired by Murdoch to launch news UK – and GB News, as chair.

Explaining the decision to join GB News, which eventually came back to haunt him, he added to the publication: ‘I think the problem was there were big divisions at the top of [News UK]. I don’t think [News UK chief executive] Rebekah Brooks wanted to do it, and some others didn’t want to. Whereas David Rhodes, I think Rupert, maybe Lachlan [Murdoch], they did want to do it .

‘They offered more money and they offered the same kind of programme, but being offered the chairmanship at GB News was really what clinched it for me. I felt that would give me the power to shape the channel, and to implement the vision I had for the channel. All that I was swiftly to be disabused of.’

Neil previously revealed he suffered a total ‘breakdown’ during his brief time at GB News and called the channel a ‘disaster’.