Andrew Neil, 72, was once again on hand to host his weeknight GB News programme on Thursday evening and discussed a whole range of matters. One debate held was about how Jones, 54, had imposed a ban in the Senedd – the Welsh Parliament – after Conservative MS member Laura Anne Jones had displayed a Union Jack in the background of a Zoom call. The political broadcaster mocked the politician as he tried to his head around her justification for the ban on the national flag.

The presenter read out a statement Jones had made where she said: “It looks as if the R rate on flags is greater than one at the moment. Therefore, from next week, no more flags.

“There you go. That’s actually quite funny, that,” the broadcaster remarked as he welcomed Laura Anne to the show.

“When the President of the Parliament said, ‘No more flags’, what exactly did she mean?” Neil asked his guest.

“She meant absolutely no flags whatsoever but I think predominantly she meant the Union Jack,” the politician replied.

“Last time I looked, if you see I had a picture of the Queen with the Union Jack on and then right next to it, the Welsh flag.” 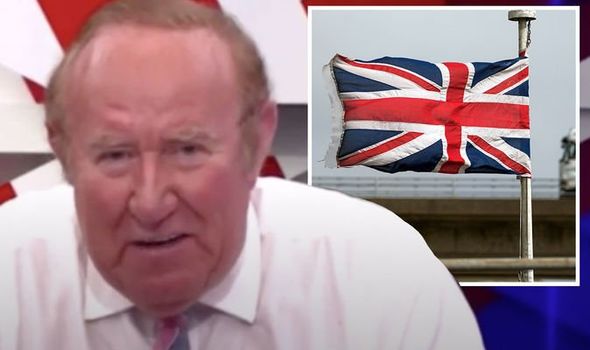 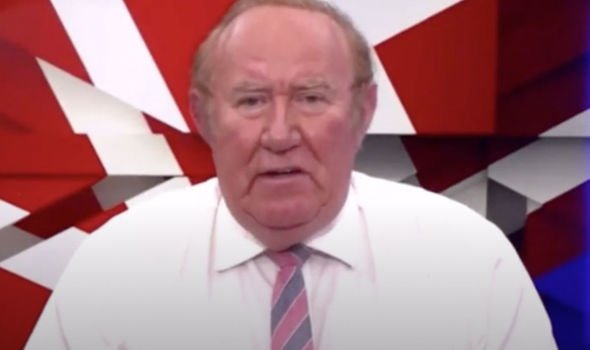 “So, either she wants our national flag to go down or she doesn’t agree with the United Kingdom and considering she is Plaid Cymru, I’m guessing that’s probably the problem,” Laura Anne added.

Mocking the Welsh politician, Neil said: “But what she is objecting to is you having the Union Flag as a backdrop to your Zoom intervention into the Parliament, is that right?”

The guest replied: “That’s right, yes, which I think is just totally ridiculous. I swore allegiance to the Queen, we’re part of the United Kingdom.

“I’m proud to be Welsh and I’m very proud to be British so why shouldn’t we able to show that. It’s only in my office and if she’s that bothered about it because the vaccination programme has been so good, get us back in the chamber.

“Get us all back in there and there wouldn’t be a problem.” 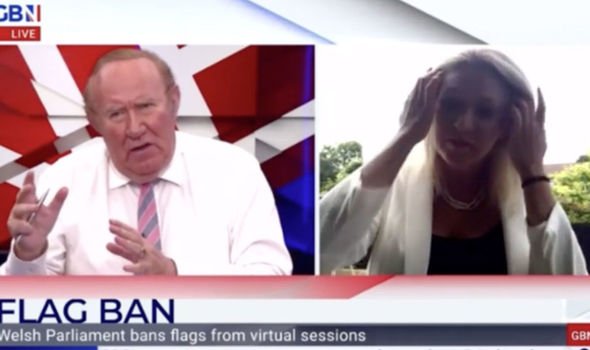 Does she have the power to stop you?

Neil continued to mock Jones as he asked his guest: “Does she have the power to stop you from putting a flag behind you on a Zoom call?

“Can you not just do it if you want?” the presenter continued, to which Laura Anne said: “Well, I believe she does but I’m not quite sure how she can justify it.

“Whether I keep going with it next week, we will have to see,” the politician told her interviewer before the debate was brought to a close.

As ever, the broadcaster also spoke about the current developments emerging from the coronavirus pandemic and the limitation on the nation’s freedoms.

Neil began his show by saying: “We’ve got used to being bossed about during the pandemic, our freedoms curtailed as never before.

“Mostly it was for our own good. But sometimes it seemed a bit heavy-handed. What’s depressing is that, as the Covid threat fades and the restrictions it brought are lifted, the boss class is beavering away on multiple fronts looking for new areas in which to tell us what to do.

“This morning it was reported that the government is being advised to keep face masks and social distancing when ordering at bars for months to come.

“A key figure in Public Health England tells us that we may need to wear face masks and socially distance for years to come.”

The broadcaster’s speech continued as he touched on how the Government is looking to ban junk food commercials on television until after 9pm.

Neil also spoke about how Climate Change activists were urging the global audience to eat 20 percent less meat and dairy.

He also discussed how a new Environment Bill will see households have to dispose of their waste in four different bins.

“You might have lost your job in the pandemic. But the boss class will never be out of work. When it comes to meddling in our lives, it’s only just begun,” he said.