Season three of All Creatures Great and Small will air in September, and fans can’t wait to see how Helen Alderson (played by Rachel Shenton) and James Herriot’s (Nicholas Ralph) romance will play out. However, speaking in a new interview, the actor who plays the vet has ruled out one storyline completely involving his onscreen partner.

When asked about his romance with Helen and their wedding, Nicholas began: “We’ve had this sort of very slow tentative kind of stepping in towards one another and reacquainting under these new circumstances in what is a very slow burn romance.

“To the point that they’re engaged at the end of this of the series.

“A lot of people are asking me and I know social media is screaming out for our Christmas wedding.

“Of course Helen, you know, the previous Christmas just had the wedding that never was.” 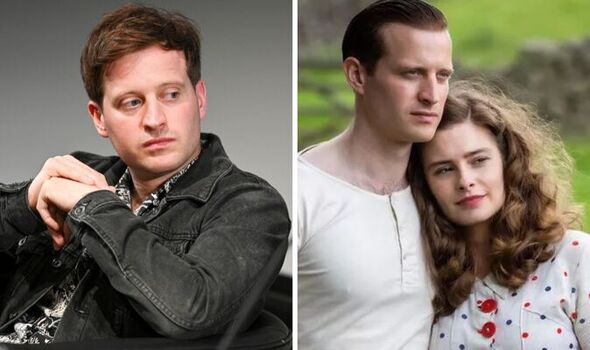 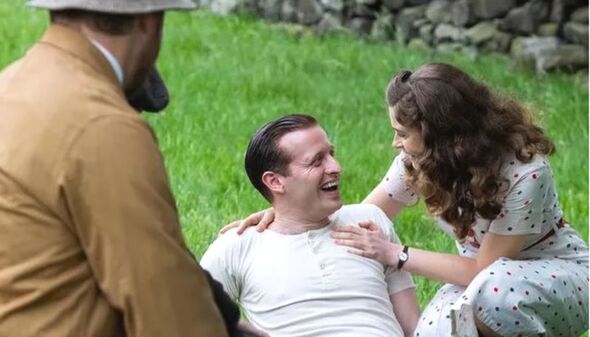 Shutting down a Christmas wedding storyline, the actor continued: “There would be no way that she would want to be getting married the next Christmas, and that wouldn’t be of interest to James either.”

Teasing what’s in store for the couple, the James Herriot star said: “I think we see them kind of closer than ever and stronger as a couple.

“And as you say, moving through some of the practicalities of it and, and things because they’re full of love and it’s great but there is then the practical side of it.

“Where are they going to live and what are their roles going to be?” 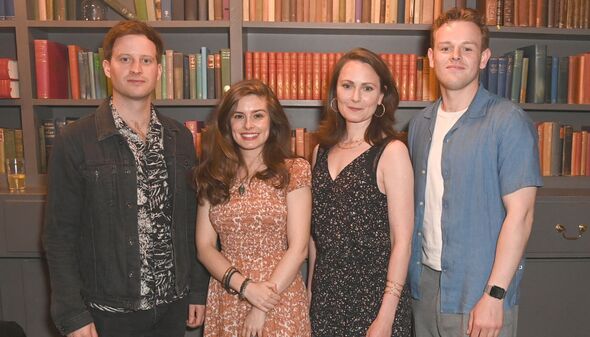 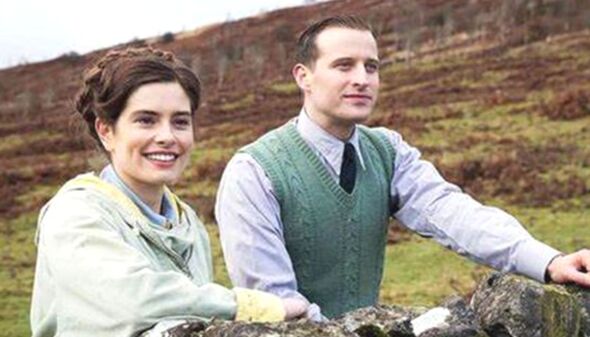 Nicholas went on to add in the Masterpiece Studio podcast that viewers will see the couple in a “really good place”.

The actor’s admission comes after pictures of Nicholas and Rachel emerged on set.

Actress Rachel could be seen laughing with her cast members on set as she stood in front of a red bus.

Nicholas, who donned brown trousers and a dark grey suit jacket, could be seen looking lovingly into his co-star’s eyes as they filmed one scene.

The pair walked together hand in hand before sharing an intimate kiss.

Nicholas also discussed how his character has grown since the beginning of series one.

He explained the vet: “Really grows into himself personally and professionally.

“He starts to fill out his vet coat a little more as it were.

“He wants the best practice possible so that he can help both the patients in the best possible way.

“And being the new kid on the block, he can do that.”

The actor concluded that his character will really find his way in the upcoming series.

All Creatures Great and Small season 3 is set to air in September of this year, while series 1 and 2 can be streamed on My5.