The latest series of the Channel 5 drama kicked off last month as fans got to see the highly anticipated wedding of James Herriot (played by Nicholas Ralph) and Helen Alderson (Rachel Shenton). Although it’s not just the new bride moving into Skeldale House as house veterinarian Siegfried (Samuel West) is set to decide he wants a pet rat. However, Mrs Hall actor Anna Madeley revealed her character is less than impressed with the rodents.

Since All Creatures Great and Small first aired back on Channel 5 back in 2020, viewers have watched Siegfried and housekeeper Mrs Hall develop a special friendship.

Although the duo know each other extremely well, having confided in one another about relationships and personal topics, their relationship has remained platonic throughout the seasons.

However, despite not being intimate they both bicker with each other like they’ve been married for years.

Viewers have often seen them butt heads, especially in the latest series when the veterinarian decides to buy a pet rat, much to Mrs Hall’s dismay. 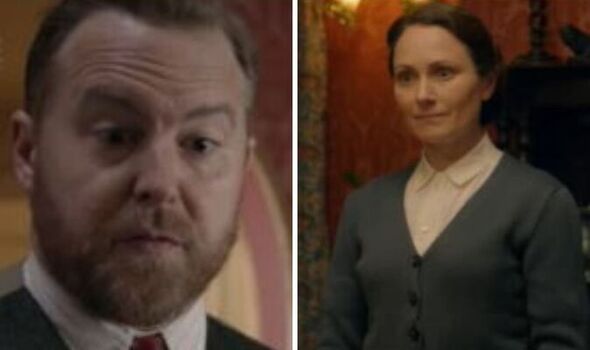 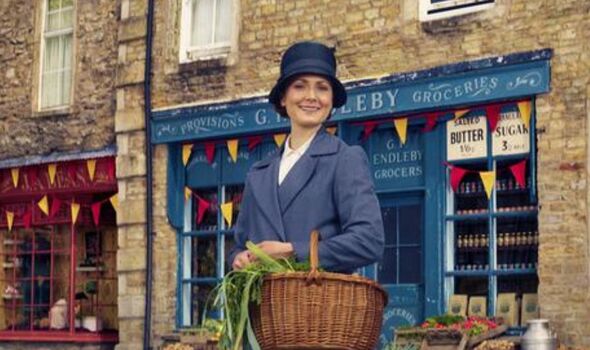 Actress Anna shared she doesn’t think her character in the Channel 5 drama is very pleased with the new arrivals at Skeldale House.

When asked what Mrs Hall thinks of Siegfried’s new pet rat she commented: “Mrs Hall is rather unimpressed by the arrival of a rat.

“I think she thinks it should stay in its cage and doesn’t have any more to say on the subject!

“Personally, I’d never experienced rats other than the big ones you see in the park and run away from! 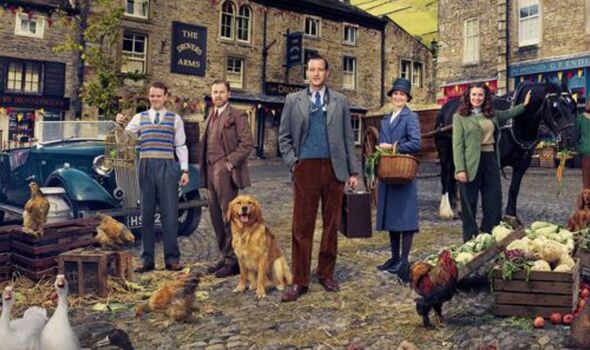 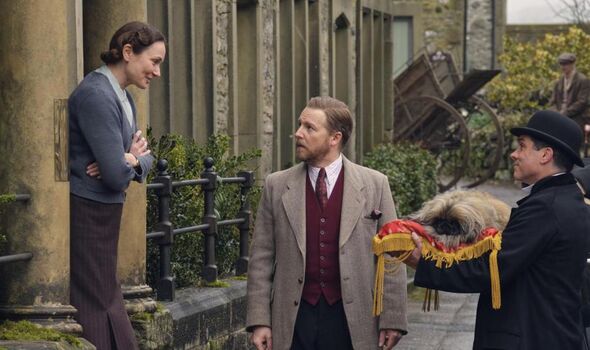 “So I was quite surprised by these two beautiful rats, they are rather sweet and I was surprised by how lovely they were. I’ve seen rats in a new light.”

Despite the disapproval of the rats, the residents of Darrowby are facing more serious matters as the threat of the Second World War is looming.

In the final episode of the last season, viewers heard various different radio announcements which hinted the historic event will be featured in the next series.

As it’s set in 1939, the residents of the town will likely start to sign up to fight, which could cause some problems for newlywed vet James.

Already saying he has strong feelings about fighting for his country, the trailer suggests his conflicting feelings could cause trouble between him and his wife Helen.

When speaking about the imminent threat of war on the show and what it could mean for James and Helen, actor Nicholas said his character has feelings of guilt seeing people sign up.

He said: “They could plan out the next few years and would have a good idea of where they would like to be.

“They see people starting to sign up. There’s a bit more of a drive for people to sign up to the military which could bring a bit of guilt and pressure for James.

“Seeing younger people signing up because vets are a protected profession so there’s that side of it as well.”

Although viewers are yet to see James’ final decision, he’s currently continuing his profession and is finding the admin side of his job hard in the next episode.

A synopsis for the upcoming show reads: “James is finally succeeding with the farmers’ uptake of the Ministry of Agriculture’s TB testing scheme, but is struggling with the complicated paperwork – a fact that he is keen to keep from Siegfried.

“Tristan decides that he is outgrowing running the small animal surgery and buys a car to help with errands at the practice, which also provides him with transport for taking Florence, the daughter of Siegfried’s rival, George Pandhi, out on a date.”

All Creatures Great and Small airs Thursdays on Channel 5 at 9pm.