The One Show: Alex Jones says she’s ‘pulled’ her neck

The One Show viewers saw Alex Jones joined by co-host Jermaine Jenas on Tuesday’s edition of the BBC One show. The pair welcomed guests such as Hugh Fernley-Whittingstall and Michelle Visage on to the programme, with the former showing off his love of cold-water swimming. But after being shown a clip of Hugh trying out the activity, Alex confessed she had “pulled something” in her neck when attention returned to the studio.

The hosts were also joined in the studio by Dr Xand Van Tulleken this evening.

The doctor was on-hand to discuss the ongoing coronavirus and bring some positivity and guidance to viewers this evening.

Hugh was on to speak about his new healthy eating cookbook and brought up the topic of cold water swimming.

He showed off some of his skills from the hobbies he’d taken up a couple of years prior. 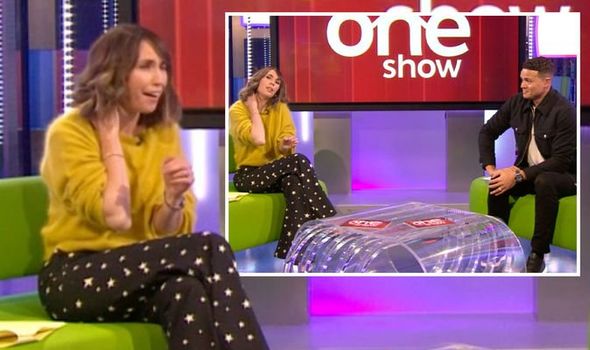 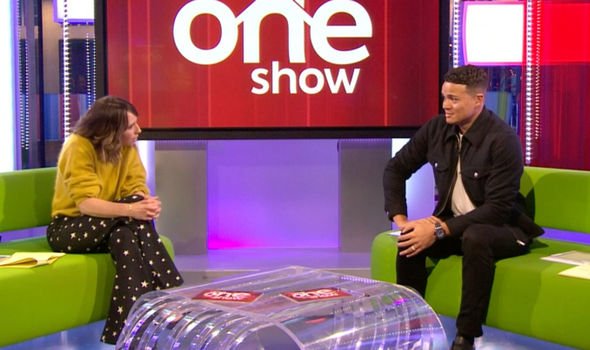 After the clip was played, Jermaine asked Alex: “Do you fancy that?”

She firmly replied: “No,” before adding: “I’ve just pulled something in my neck!”

Trying to make light of the situation, Alex joked: “That’s attractive on live television, isn’t it?”

Xand wasn’t impressed with Alex, commenting: “I’m not getting involved in your wince-related injuries!” 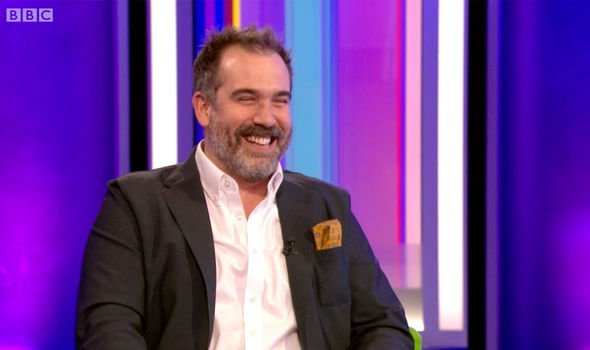 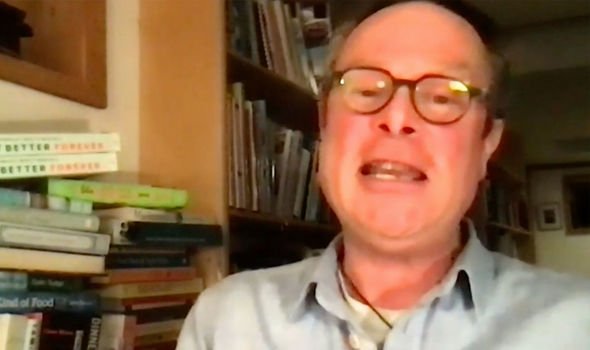 As Alex clutched her neck, Jermaine noted: “It did make you feel like that though, didn’t it?!”

The host made it clear she was in pain, replying: “Ahh, oooh, I really can’t look that way now!”

“Let’s see if he can persuade us it’s a good idea,” he added of Hugh’s swimming – before welcoming Michelle and the chef onto the show.

Turning to the screen with both guests on, Alex said: “Evening both, good to see you – luckily I can look this way!”

Attention turned back to the initial topic of cold-water swimming, with Alex probing the guest on why he enjoyed the activity.

“I can’t leave the cold water alone,” Hugh admitted. “I started swimming in the autumn almost every day and I just kept going.

“It gets colder by half a degree every day, if you stick with it you get used to it.”

He went on to admit: “It’s a bit nuts but I feel it’s really good for me.

“I started it two years ago when I did the show with Steph [McGovern] – Ways to be Well.

“Two years of cold showers and a bit of cold swimming and now I can’t leave it alone!” Hugh commented.

The One Show airs weekdays from 7pm on BBC One.