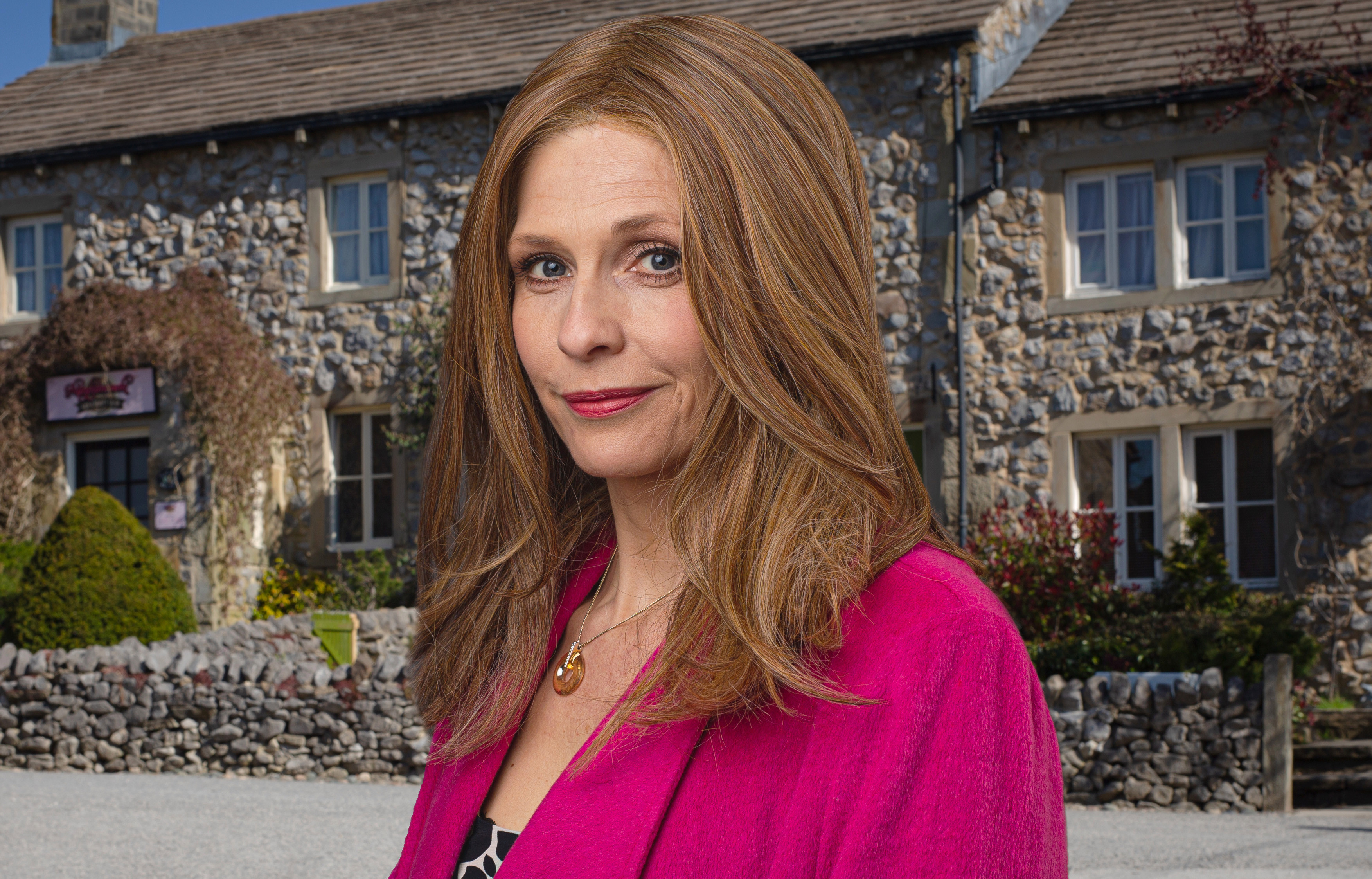 Emmerdale welcomes Bernice Blackstock back to the village this week – and we’ll be expecting her to return with her usual dose of chaos.

Bernice’s exit to Australia in 2019 meant leaving behind fiancé Liam Cavanagh (Jonny McPherson) and eldest daughter Gabby Thomas (Rosie Bentham), but they have since both moved on in a big way.

In her popular role, actress Samantha Giles has been at the centre of many entertaining scenes over the years – so a list of the very best of Bernice felt essential. From going on the attack with a pair of hair clippers, to throwing a tantrum over a milestone birthday; here is a celebration of her most outrageous moments.

Following a fling with Andy Sugden, Bernice was heartbroken when he didn’t share her feelings. Jealous of his bond with Katie, Bernice attacked her with some sausages that a passing Finn Barton happened to be carrying – before serving the same punishment to Andy. Just an average day in the village, then!

Katie became a regular target for Bernice in the months that followed. Still hoping to win Andy back, Bernice dressed in her finest lingerie but was furious when he arrived with Katie. She reacted by pouring pasta over Katie’s head, and even Andy couldn’t help but laugh along with us.

Despite being warned off by Victoria Sugden, Bernice wasted little time in helping herself to Katie’s birthday cake because ‘me and the lovely Katie like to share things, don’t we?’ Little did she know there was an engagement ring inside, calling for a trip to the hospital when everyone realised Bernice must have swallowed it.

In a final attempt to defeat her love rival, a bit of Dutch courage gave Bernice the idea to steal Katie’s wedding dress before turning up at the church to woo Andy. Diane and Doug had to drag her away as she wailed dramatically ‘all I want for Christmas is you!’

When Bernice discovered husband Lawrence White was gay, she took revenge. But once again, she was intoxicated at the time! Bernice hopped onto a JCB digger and demolished Lawrence’s building work on Mill Cottage – and her dazed look as she surveyed the damage was soap gold.

With her stepbrother Robert Sugden out to prove that Chrissie White had framed Andy for attempted murder, Bernice was determined to help. Her methods involved inviting Chrissie for a salon pamper session, then getting drunk (again) and threatening to shave her head unless she confessed! Bernice’s hilarious cry of ‘I will make you bald!’ lives on as one of Emmerdale’s most iconic moments.

Bernice reveals too much

An innocent remark over party balloons led Bernice to assume the neighbours were talking about her bedroom antics. Without stopping to check, she announced the details of her sex life with Daz Spencer to a packed café. Bernice was mortified as everyone burst into giggles.

Liam was being secretive, so naturally Bernice was convinced he was a murderer. She became hysterical and begged him to spare her – but the baffled doctor explained the unnerving clues Bernice had found were actually props for his murder mystery events.

Desperate to keep Liam in the dark over her age, Bernice threw the ultimate tantrum when her family lovingly decorated the salon with a banner and balloons for her 50th birthday. Diane, Gabby and Nicola were stunned when Bernice berated them all, then proceeded to pop every balloon in sight.