The show honoring the best of a pandemic-shortened Broadway season went off script in some big, big ways 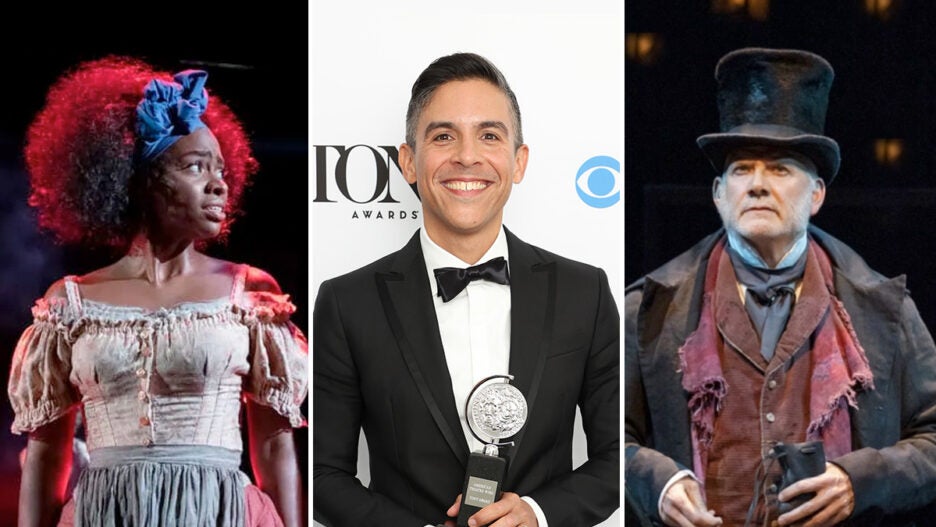 Playwright Jeremy O. Harris’ provocative, button-pushing drama came into the ceremony with 12 nominations — a record for a nonmusical. But it went home empty-handed.

Twenty years after winning Best Actress in a Play for “Proof,” Parker repeated for the two-person drama “The Sound Inside.”

The actress, who appeared in HBO’s “Lovecraft Country” and played Betty X in “One Night in Miami,” was considered the front-runner for her lead performance in the drama “Slave Play.”

This import from London’s Old Vic — starring Campbell Scott as Ebenezer Scrooge — took home a remarkable five Tony Awards, mostly in technical categories. (It also nabbed a rare win for Best Original Score — since no original musical managed to open in a 2019-20 season cut short by the pandemic.)

The young actor made his Broadway debut in the lead role of Matthew Lopez’s “The Inheritance” — and snagged the Tony from better-known stars like Jake Gyllenhaal (“See Wall/A Life”) Tom Hiddleston (“Betrayal”) and Blair Underwood (“A Soldier’s Play”).