When Miranda Lambert and Blake Shelton suddenly divorced in 2015, the news rocked the country music world by storm. The two icons of country have never given an official reason for the split, but there have been cheating rumors from both camps over the years.

Now, it looks like both Lambert and Shelton have moved on. Shelton has settled down with Gwen Stefani, whom he met while they were both judges on The Voice. Meanwhile, Miranda Lambert dated a few other musicians before marrying former NYPD officer Brendan McLoughlin in Jan. 2019.

Still, fans of both country superstars continue to follow the story, especially since Shelton and Lambert seemed to shade one another at the Country Music Association Awards in Nov. 2019. And both singer-songwriters express themselves best in music. With that said, these are the songs that many fans believe Lambert and Shelton wrote about each other in the years after their acrimonious split. 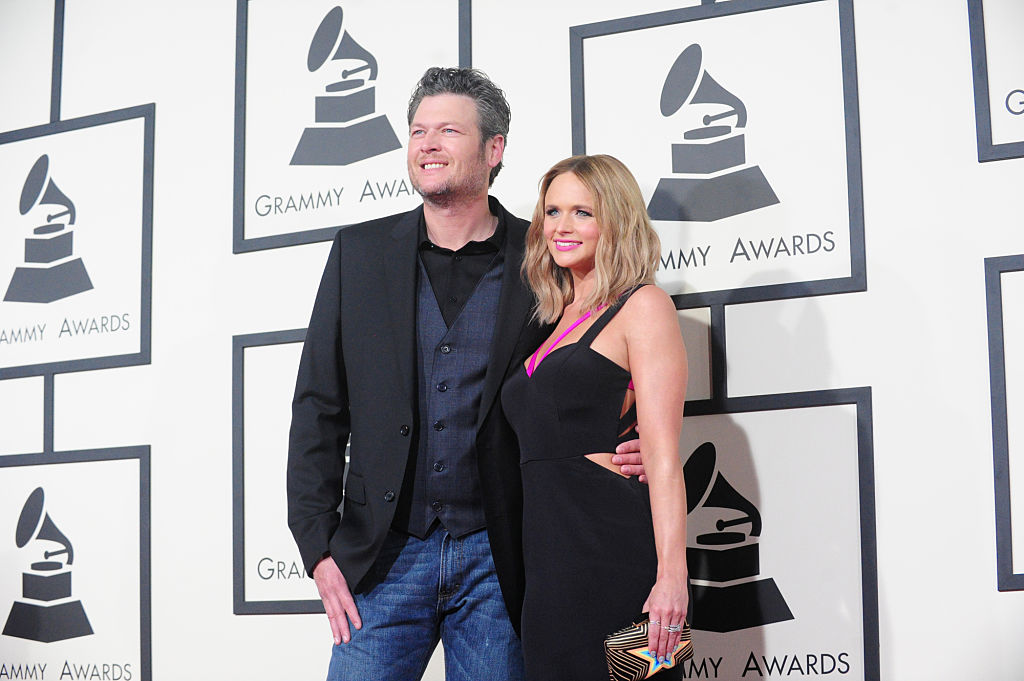 ‘When I Was His Wife,’ Miranda Lambert in the Pistol Annies

Miranda Lambert just finished up a tour with her gritty, all-female country music group Pistol Annies, comprised of Lambert, Angaleena Presley, and Ashley Monroe. The group debuted in 2011 with their first album Hell on Heels.

In Nov. 2018, fans and critics speculated that their song “When I Was His Wife,” from their newest album Interstate Gospel, was a pointed jab at Lambert’s ex, especially because she apparently came up with the idea for the song.

The jaunty lyrics tell the story of a marriage gone sour and some much-needed advice for the next girl in line for an ex. Lines like “He’d never cheat, he’d never lie/He’ll love me forever ’til the day we die/He’ll never take me for granted/I said that too when I was his wife” made fans think Lambert was taking aim squarely at Shelton.

Final weekend of the #roadsidebarsandpinkguitars tour. This was one of my favorite tours I’ve ever done. Thank you to the band/crew for working so hard and most importantly to the girls for the friendship and inspiration. And Scotty Wray happy bday!!! 18 years playing music together! I love you dearly. 💙 Thanks to all the amazing country music fans who came out to hang with us. We love yun’s! #allgirltour #countrymusic @elleking @tenilletownes @ashleymcbryde @marenmorris @cayleehammack @pistolannies 📷: @catherinepowell

‘Got My Name Changed Back,’ Miranda Lambert in the Pistol Annies

Another single and music video from the Pistol Annies’ latest album also had fans thinking Lambert was making a few playful lyrical jokes at her famous ex-husband’s expense. “Got My Name Changed Back” is all about a woman reclaiming her freedom, and her maiden name, after a divorce.

Lambert’s bandmates Presley and Monroe actually wrote the song, and Presley at first claimed that it wasn’t about anyone in the group. But Taste of Country reported that Lambert said the song was about, “”Reclaiming your humor after you’ve been so sad…To me it’s celebrating reclaiming part of yourself. You, your name.”

Thinking about this dude today… Gonna miss you Busbee.

‘She’s Got a Way With Words,’ Blake Shelton

Lambert isn’t the only one rumored to have written and/or performed a song or two about her ex. Shelton also sparked speculation with his derisive breakup song “She’s Got a Way With Words” from his album If I’m Honest. He first performed the song on the finale of The Voice in May 2016.

Volunteering is one of my favorite ways to help animal shelters, so for #GivingTuesday @MuttNation and I are asking you to join us in signing a pledge to volunteer! When you sign the pledge and complete your volunteer day, your shelter will be entered to win a $1,000 grant!! (Link in stories to pledge)

After time passed and things started looking up, so did Lambert’s music. If her 2016 album The Weight of These Wings was mostly about pain and vulnerability, Lambert’s next effort, Nov. 2019’s Wildcard saw her getting back to her sassier, more hopeful musical roots.

According to The Boot, Luke Dick, one of Lambert’s co-writers for the single “Bluebird” off her seventh studio album, came up with the idea of someone keeping a “bluebird” in their heart during a dark time. “I wanna write that with you, because I feel like that’s what you did. And it’s what I feel like we all do,” she told the outlet he texted her at the time.

The hopeful tune is all about moving on and getting over the past, with lyrics like “And if love keeps giving me lemons/I’ll just mix ’em in my drink.”

Some fans thought the line “Yeah, I’m a turner/I turn pages all the time/Don’t like where I’m at, 34 was bad/So I just turn to 35” is a reference to the time in her life shortly after her divorce from Shelton and her hope for a better life with Brendan McLoughlin.

Who doesn't love good music and good BBQ? 🎶 Thanks to @mastercard , I'm hanging out with some lucky cardmembers for the ultimate #PricelessExperience

‘Bet You Still Think About Me,’ Blake Shelton

On his 2016 album If I’m Honest, Shelton’s song “Bet You Still Think About Me” certainly seemed to be a barely-veiled ode to his romantic history with Lambert.

The lyrics showed a softer side of Shelton, ruminating on lost love in lines like “Baby where are you going now?/Do you ever really know?/Oh you hate to be tied down/But you hate to sleep alone/I bet you still think about me.”

Shelton told E! News about the song at the time, “At some point whether you go through a divorce or a breakup or whatever, once you get past the anger and the frustration of it all, you kind of go into the sad part of it where it’s just like, ‘Gosh, how come that didn’t work out?’ And that’s what this song is about. Even though stuff didn’t work out, I bet you miss me a little bit. It’s a sad song.”