Ticket reselling business Viagogo has been suspended by Google from buying higher placement in search results for violating the US behemoth's advertising conditions.

The change Google has made affects results on global search engines and comes amid major pressure from the UK's consumer protection authority and similar concerns from the Australian regulator. 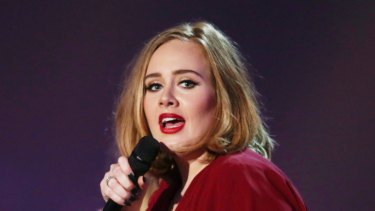 In the past fans of big acts like Adele have reportedly spent thousands on Viagogo tickets, only to be turned away at the door.Credit:Joel Ryan

A Google spokeswoman said in a statement that when consumers use the search engine to help them find and buy tickets "we want to make sure that they have an experience they can trust".

"This is why we have strict policies and take necessary action when we find an advertiser in breach," she said.

Viagogo, which was founded in London over a decade ago, is currently promoting tickets prominently in Australia for the AFL, Elton John, Collingwood Football Club, West Coast Eagles, Childish Gambino, U2, Fleetwood Mac and Metallica.

Viagogo's website says it is the "world's largest secondary marketplace for tickets to live events" and "aims to provide ticket buyers with the widest possible choice of tickets to events across the world, and helps ticket sellers ranging from individuals with a spare ticket to large multi-national event organisers reach a global audience".

But there have been widespread complaints about the site, including accusations of inflated fees and ticket prices, inflammatory language that could pressure buyers into pushing through with buying tickets and concerns people do not know that they aren't always buying from an official ticket seller.

The UK Music trade group, UK politicians and the Football Association wrote an open letter to Google in 2018 arguing that allowing Viagogo to buy the top-ranked spot was "untenable" and breaking AdWords guidelines.

The UK consumer protection authority began contempt of court proceedings against Viagogo in early-July after issuing "several warnings that [it] has not done enough to overhaul the way it presents information on its website" as requested in an earlier court order.

The Australian Federal Court in April found Viagogo, which has also re-sold tickets to the Australian Open and Ashes matches, had not made it clear to consumers that it was not an official ticket vendor and that fees of up to 28 per cent could be charged.

This decision came after the Australian Competition and Consumer Commission launched action against the Switzerland-based reseller in 2017 after receiving thousands of complaints.

The ACCC was particularly critical of wording like "likely to sell out soon" and in "limited supply" that did not disclose that this only meant the website and not the entire venue or event.

The entertainment industry has welcomed the latest developments. Evelyn Richardson, the chief executive of Live Performance Australia, described Google's clampdown as "a real win" for consumers, artists and venues alike.

"It's taken a while," she said. "We wrote to Google on this matter in May 2017. It's been a real challenge to get the online platforms to stop running the line that they're an intermediary and not part of the process. Consumers assume the first ad that pops up is legitimate.

"This is a fantastic outcome. We'd like to see other online platforms follow-suit."