The Weeknd is officially performing at the 2021 Super Bowl Halftime Show. He follows J.Lo and Shakira in headlining the highly viewed televised event. The big game will air on CBS on Sunday, February 7, 2021, from Raymond James Stadium in Tampa, Florida.

“We all grow up watching the world’s biggest acts playing the Super Bowl and one can only dream of being in that position,” The Weeknd, whose real name is Abel Tesfaye, said in a statement. “I’m humbled, honored and ecstatic to be the center of that infamous stage this year.”

Tesfaye released a new album, After Hours, this year, featuring singles “Blinding Lights” and “Heartless.” He’ll likely perform tracks from the project, and we wouldn’t be surprised to see his past R&B-pop crossover hits—like “I Can’t Feel My Face,” “The Hills,” “Starboy,” and the Oscar-nominated “Earned It”—in the set too.

The halftime show is known for its larger-than-life, over-the-top productions. Considering The Weeknd’s creative personas and conceptual performances (remember his prosthetic makeup at the VMAs?), we’re sure he’s up for the task. 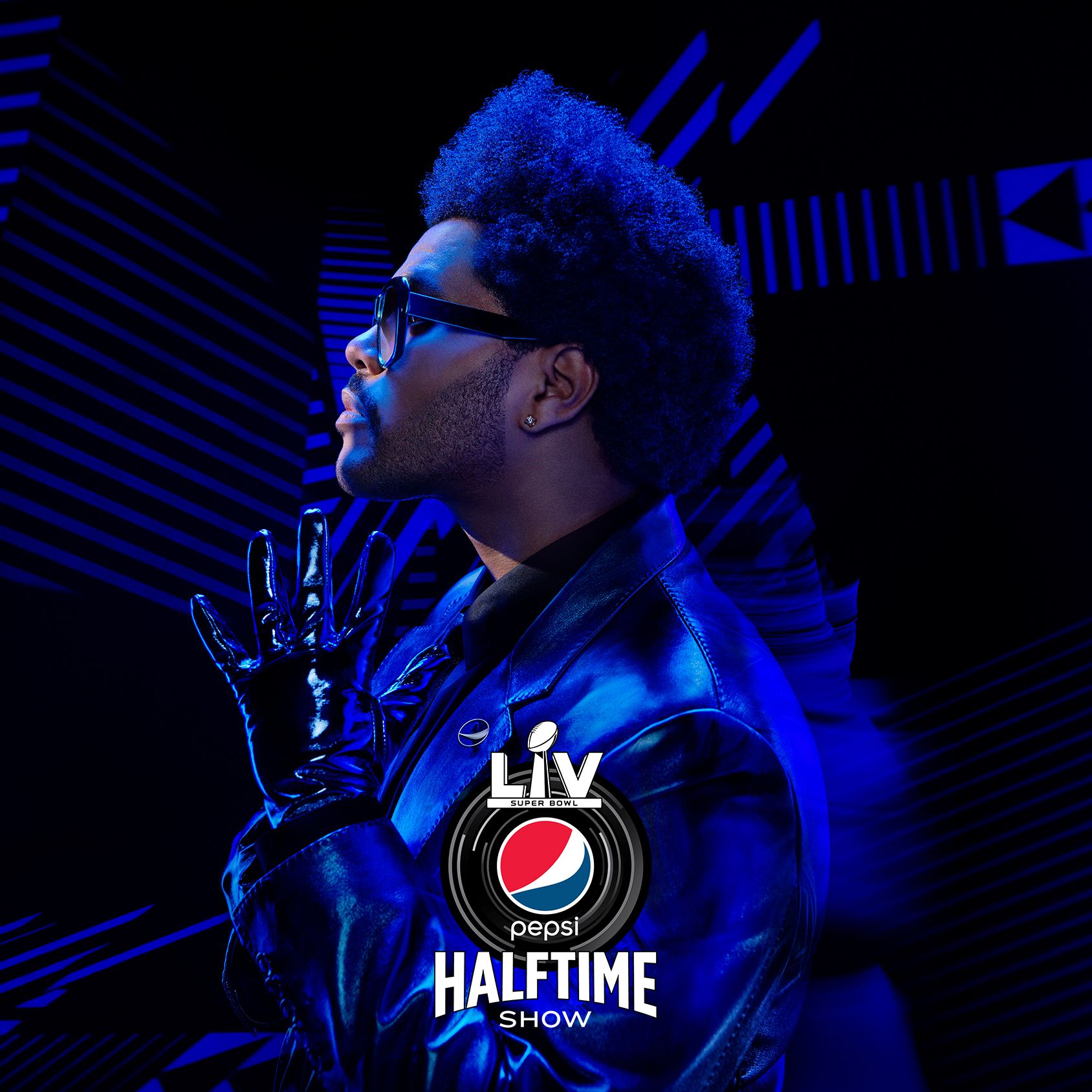 Pepsi, the longtime sponsor for the Super Bowl performance event, announced the news today with Roc Nation, Jay-Z’s entertainment company, as part of an ongoing partnership.

“The Weeknd has introduced a sound all his own. His soulful uniqueness has defined a new generation of greatness in music and artistry,” Jay-Z added in a statement. “This is an extraordinary moment in time and the Pepsi Super Bowl LV Halftime Show is going to be an extraordinary experience with an extraordinary performer.”