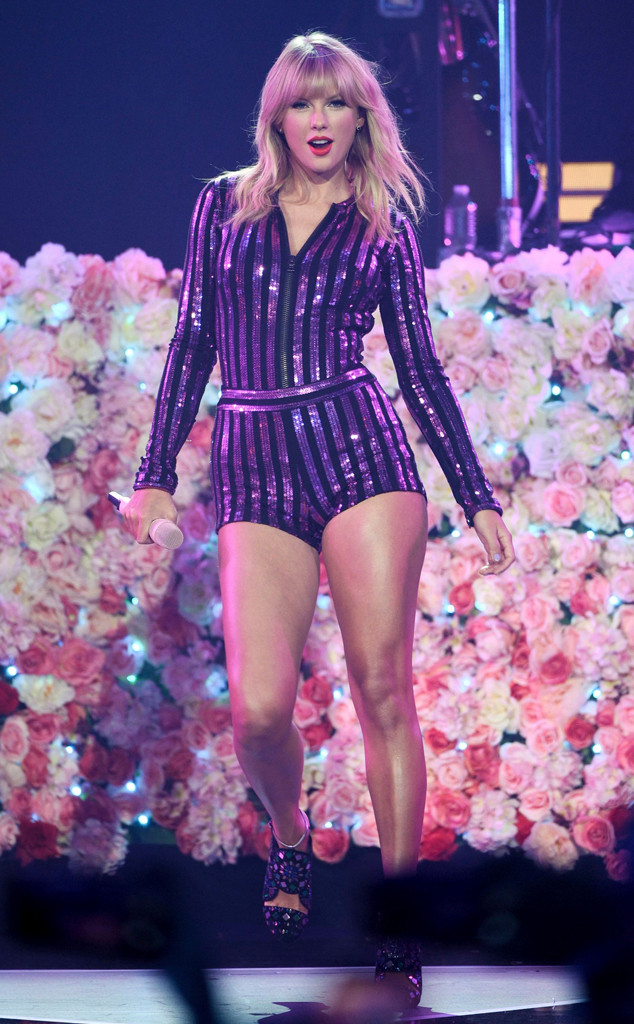 Taylor Swift was singing “Shake It Off”—and speaking up.

On the heels of the star’s drama with Scooter Braun over the ownership of her master recordings, fans were listening closely as Swift took the stage at a concert in New York City on Wednesday, held in honor of Amazon Prime Day. There, she performed new tracks like “You Need to Calm Down” and “ME!” as well as older favorites, including her 2014 hit, “Shake It Off.”

Considering Swift is usually purposeful in her work, devoted fans took notice of her inflection.

“You could see the absolute disgust and anger when she yelled THE LIARS AND THE DIRTY DIRTY CHEATS and then she f–king STEPPED INTO THE DAYLIGHT AND SHOOK IT OFF,” one fan wrote on Tumblr, a post Swift “liked.”

“LIARS AND THE DIRTY DIRTY CHEATS YOU KNOW WHO YOU ARE,” another Tumblr post, which she liked, read.

It didn’t take long for people online to infer Swift’s emphasis was in reference to Braun and the headline-making conflict over her work.

And, while she noted in her public statement late last month she is “now signed to a label that believes I should own anything I create,” the superstar took a moment during the show to point out who’s been behind her work all along.

As Swift told the crowd, “One thing that has been really wonderfully consistent throughout the entire time that I’ve been making music is that I write all of it and it’s my favorite thing—to write songs and then they go out into the world and I’m really lucky that you guys are nice enough to care about those words that I’ve written, sing the words back to me. It’s legitimately the coolest feeling in the world.”