Paul McCartney said he was in a mental “limbo” when he started writing The Beatles’ “Yellow Submarine.” He explained why he thought of the unusual image of a yellow submarine in the first place. Subsequently, he revealed how he tailored the song for Ringo Starr.

Paul once dated an actor named Jane Asher. In the 1997 book Paul McCartney: Many Years From Now, he discussed the origin of “Yellow Submarine.” “I was laying in bed in the Ashers’ garret, and there’s a nice twilight zone just as you’re drifting into sleep and as you wake from it.”

Paul revealed he enjoys this state of mind. “I always find it quite a comfortable zone, you’re almost asleep, you’ve laid your burdens down for the day and there’s this little limbo-land just before you slip into sleep,” he revealed.

Paul decided he wanted to write a song for a younger audience. “I remember thinking that a children’s song would be quite a good idea and I thought of images, and the color yellow came to me, and a submarine came to me, and I thought, ‘Well, that’s kind of nice, like a toy, very childish yellow submarine,’” he recalled.

The “Ebony and Ivory” singer explained how he tailored the song for Ringo. “I was thinking of it as a song for Ringo, which it eventually turned out to be, so I wrote it as not too rangey in the vocal,” he said. “I just made up a little tune in my head, then started making a story [about] sort of an ancient mariner.” 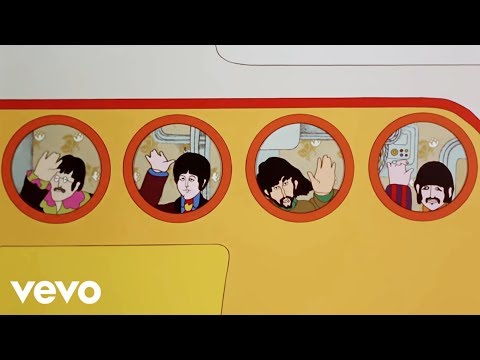 “Yellow Submarine” became a bigger hit in the United Kingdom. The Official Charts Company reports the song hit No. 1 there for four weeks. The track spent 13 weeks on the chart in total. Meanwhile, Revolver topped the chart for seven weeks. It stayed on the chart for 34 weeks in total.

“Yellow Submarine” was a hit and it might not be the same if Paul wasn’t in a pleasant “limbo.”