‘You’re on the radio! This is huge’

My mate text me excitedly, celebrating my breakthrough onto a main radio station. At this point, I was doing music production at college and had dreamt of my songs being blasted on air.

This song was called Acceptable in the 80s and unfortunately, it wasn’t one of mine. Some other guy called Calvin Harris had written it.

Thankfully, I saw the funny side and it was a proper laugh out loud moment.

It helps that his songs are pretty decent. I used to go clubbing a fair bit and they were always good songs to dance to. 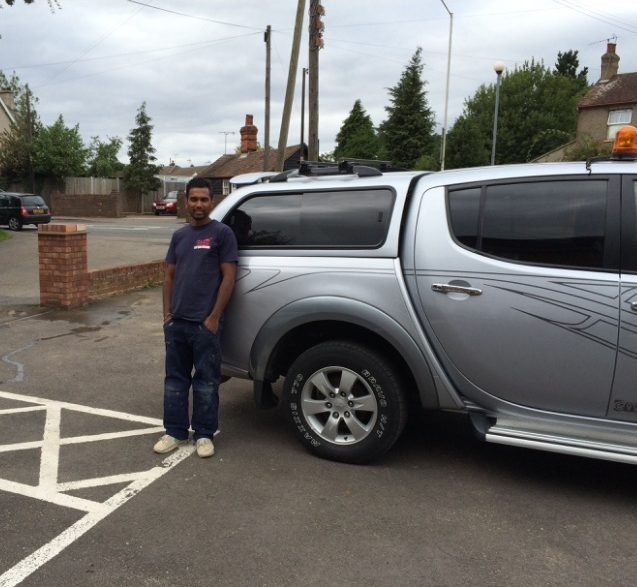 Being called Calvin Harris has also helped me when I’ve gone out. I’ve lost count of the amount of free drinks I’ve scored just for just sharing a name with a famous DJ. As soon as people found out, they’d ask to see my ID to confirm, say ‘oh that’s sick’, ask for a picture and then buy me a drink. It’s quite funny really.

Especially because Calvin Harris isn’t even his real name. He was born Adam Wiles (not quite as catchy) and told Shortlist in 2009 that he chose my name because it sounded more ‘racially ambiguous’ and he had a soul track out.

Technically, that makes me the real Calvin Harris. I know I might be the less well-known one, but I’d never change my name.

Unfortunately, my songs have never made it onto the radio as I started a part-time bricklaying job alongside college, which became full-time.

It’s a job that comes with a lot of banter. On my first day, I remember someone saying ‘what happened to your music career then? Didn’t work out?’. After that, I started calling myself the more tanned Calvin Harris.

I got a similar response this one time when I was late getting on my flight back from Australia to England. I heard the airport announcer say ‘Calvin Harris, report to gate’ and thought ‘oh no!’ – not because it might close before I got there, but because now everyone on the plane would be expecting the celebrity.

I wasn’t wrong! When I stepped on the plane, all the other passengers seemed a bit pissed off but also curious to see this famous DJ. When it became apparent it was just me, the jokes started. One man shouted, ‘What have you been doing to be so late? Making another album?’.

On the whole, it’s a name that is generally received well. Both the older and younger generations seem to make the link and it’s a good conversation starter in that it breaks the ice, but no one really seems to have any strong opinions on Calvin Harris, so it doesn’t cause me much grief.

What can get a bit annoying is the people who message me on Facebook with weird requests.

I’ve had my fair share of messages asking questions like ‘can you play my wedding?’, or ‘can I send you my demos?’. Other people just message me to say they think I’m brilliant.

I don’t want to lead anyone on, or crush their dreams, so I tend to leave my ‘fans’ on read.

I can see why these people are keen to connect to him though. It would be pukka to meet my namesake one day.

Hello, My Name Is…

It’s not easy having the same name as someone, or something, famous.

In Metro.co.uk’s weekly Hello, My Name Is… series, we’ll hear the funny, surprising and frankly mundane stories of people whose parents really didn’t know what they were getting their children into.

Email [email protected] if you would like to get involved.