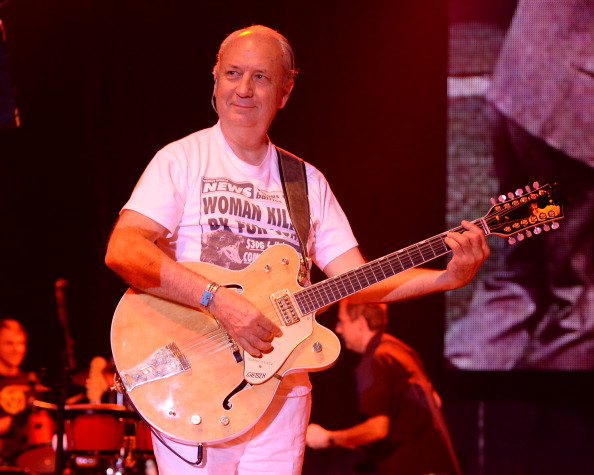 Michael Nesmith, who was a singer and guitarist in pop rock band the Monkees, has died at the age of 78.

In a statement sent to Rolling Stone, his family announced that he died of ‘natural causes’ at home.

‘With Infinite Love we announce that Michael Nesmith has passed away this morning in his home, surrounded by family, peacefully and of natural causes,’ they said.

‘We ask that you respect our privacy at this time and we thank you for the love and light that all of you have shown him and us.’

From 1966 to 1968, Nesmith co-starred on the TV series The Monkees, which aired on NBC for two seasons, a comedy that followed the four members of the band as they tried to make it big.

The Monkees ended up remaining active as a band throughout the decades, releasing reunion albums and taking part in tours over the years.

The Monkees were perceived as America’s answer to The Beatles, receiving a star on the Hollywood Walk of Fame in 1989.

Nesmith was born in Houston, Texas in 1942, landing the role of the wool hat-wearing guitar player on The Monkees TV programme in 1965, a character known as Mike.

He became synonymous with his wool hat over the years, having worn it for his audition.

The musician led a varied career, founding a multimedia company which provided the prototype for MTV, in addition to working as a producer on a number of films.

In 1981, he won the first ever Grammy awarded for Video of the Year for his hour-long TV show Elephant Parts.

Nesmith was married three times, sharing three children with his first wife, Phyllis Ann Barbour, who he divorced in 1972.

He married his second wife, Kathryn Bild, four years after the divorce, while he was married to his third wife, Victoria Kennedy, from 2000 to 2011.

The guitarist also shared a son with Nurit Wilde, who he met while working on The Monkees.

In 2018, Nesmith revealed to Rolling Stone that he underwent quadruple bypass heart surgery, having backed out of a few tour dates with Monkees singer and drummer Micky Dolenz that year.