Kanye West and Drake have finally ended their beef – and we must be in an alternate universe.

The two rappers have been pictured together for the first time in years after Kanye, 44, flew over to Drake’s $100million (£74m) Toronto mansion where a party was held to celebrate their renewed friendship.

In photos shared on his Instagram, Kanye and Drake, 34, are seen posing together alongside music executive J Prince who is believed to have orchestrated the meet-up.

Kanye shared clips of Dave Chappelle dancing to Michael Jackson before the comedian made a toast to the reunion.

Dave was filmed telling the guests: ‘How lucky you are to be in Drake’s home, to make a toast that’s significant after all this culture’s been through. 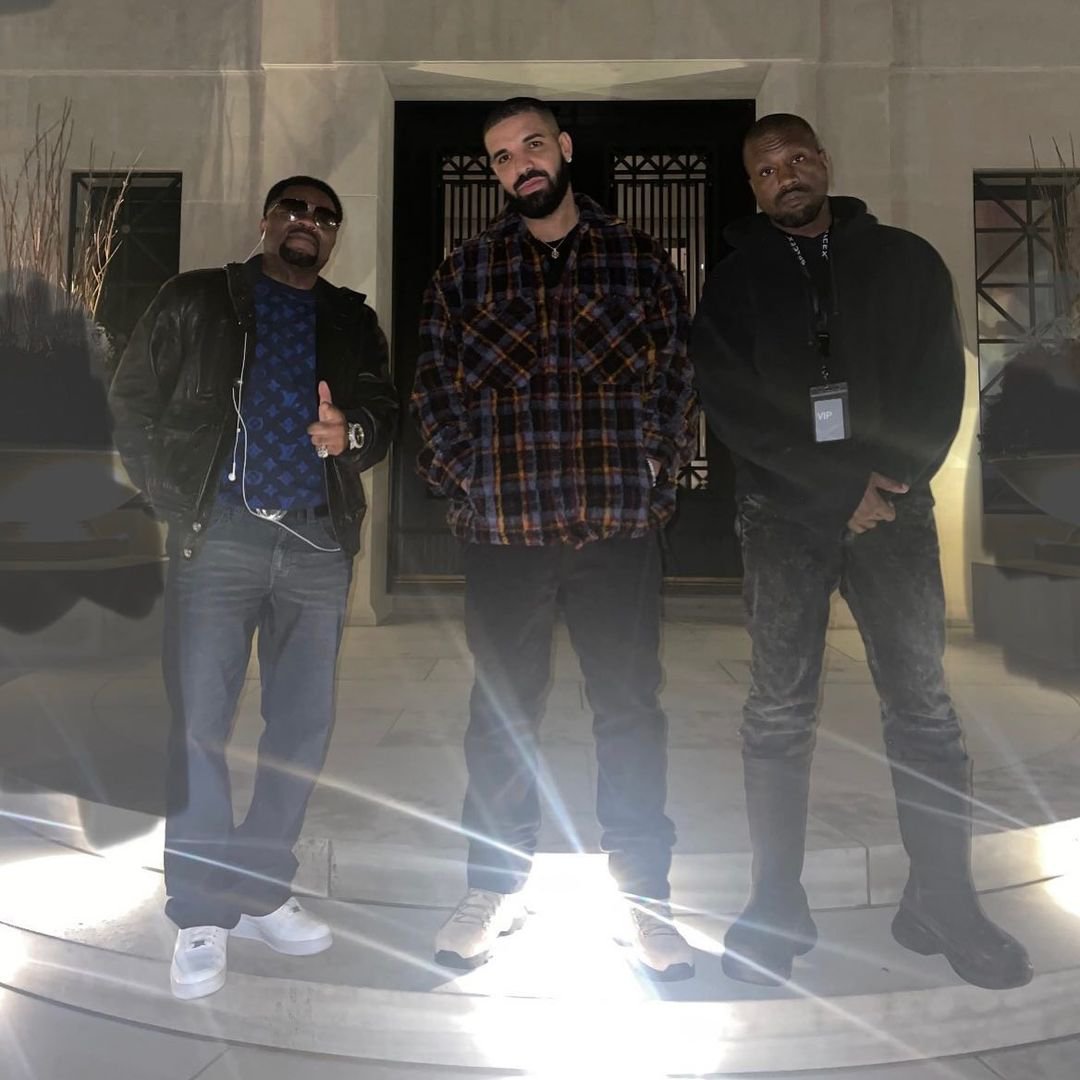 In one clip, Drake – real name Aubrey Graham – is seen with his arm draped around Kanye as the two share laughs and rap to the music.

It’s a momentous occasion for hip hop with arguably the genre’s biggest rappers locked in a bitter feud for several years. The tension mounted amid speculation that Drake had been romantically involved with Kanye’s wife Kim Kardashian, before the rappers traded insults and subliminals through their music.

Drake is also said to have intentionally moved the release date of his album Certified Lover Boy to September on the same day Kanye dropped Donda.

Earlier this month, Kanye begged the God’s Plan rapper to reconcile and invited his former foe to join him on-stage at a special concert on December 7.

In a video shared by J Prince, the Gold Digger rapper read from his phone and said: ‘I’m making this video to address the ongoing back and forth between myself and Drake. Both me and Drake have taken shots at each other and it’s time to put it to rest.

‘I’m asking Drake on December 7 to join me on stage as a special guest to share the two biggest albums of the year live in Los Angeles with the ultimate purpose being to free Larry Hoover.’

Kanye continued: ‘I believe this event will not only bring awareness to our cause, but prove to people – everywhere – how much more we can accomplish when we lay our pride to the side and come together.’